Voter's Guide 2020: What to know for the November Election in Washington, North Idaho

Here are answers to important questions and and a guide to the candidates on your ballot for the 2020 General Election on Nov. 3. 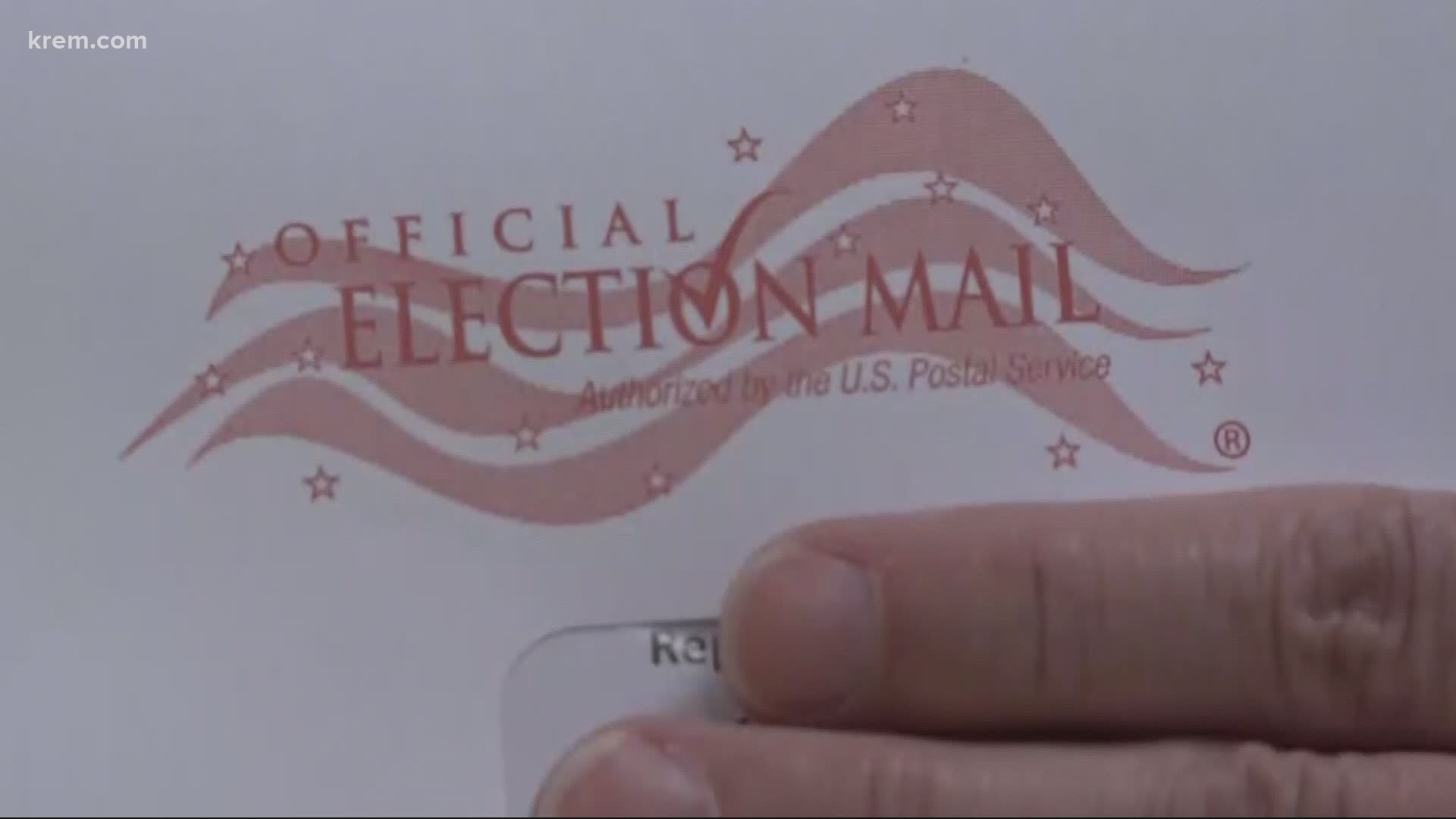 SPOKANE, Wash. — Voters in Washington and Idaho will cast their ballots for various local, state and national races in the coming weeks as we near the 2020 General Election.

Those in Idaho who wish to vote by mail this year during the coronavirus pandemic can request an absentee ballot through their county election office, while Washington continues to hold elections entirely by mail.

This guide contains information on how to register to vote, how to request an absentee ballot, what to do if your ballot is damaged or lost, some of the key races, and more to prepare for the 2020 General Election.

KREM will provide live updating results of many big races in Washington and Idaho at our Elections page. Tune in to KREM 2 News and KREM.com for live coverage on election night.

How to vote in Washington, Idaho

Both Washington and Idaho offer online resources for voters to register or to update their information.

However, those who missed the registration deadline can still register to vote in-person on Election Day at their county elections office.

Online voting registration information for Idaho can be found at the Idaho Votes website.

In-person voting in the Gem State happens on November 3, while absentee ballots must be dropped off by 8 p.m. If you mail your absentee ballot, give it plenty of time to get to the elections office - they need to receive it by November 3.

Online voting registration information and resources can be found at the VoteWA Voter website.

Voters in both states can also register or update their information at their county’s election office.

Ballots in Washington are sent out starting on October 18. Online and mail-in registration must be completed by October 26, which is eight days before the election. People can register in-person to vote up to and on election day.

Do I have to pay for postage for my mail-in or absentee ballot?

In Washington, all mail-in ballots will provide paid postage, meaning voters don’t need to put a stamp on their ballot. In fact, adding a stamp to your Washington won’t change anything about how it is handled other than wasting a stamp, as it is already handled as First-Class Mail.

In Idaho, anyone can request an absentee ballot for the 2020 general election, but the decision on providing paid postage for absentee ballots is made at the county level. The status of the 10 northern counties in Idaho are as follows:

Do not provide paid return postage, voters must buy stamp or use dropbox:

RELATED: VERIFY: No, adding a stamp to your absentee or mail-in ballot won’t make USPS process it faster

When will we know the results?

In Washington, counties must certify results by November 24, which is three weeks after the election. The Washington Secretary of State must certify the results for the state on December 3.

For Idaho, counties must certify election results by November 13, just 10 days after the election. The state’s deadline is November 18.

National media outlets, such as the Associated Press and CBS, usually project national races on the night of the election. Examples of these races are the presidency, senators and representatives.

RELATED: VERIFY: Spokane County processes mail-in ballots as they arrive, not all at once

The following are a list of some of the biggest races in Eastern Washington and North Idaho. An asterisk (*) next to a candidate's name denotes they are the incumbent in that race. The following letters denote the party/party preference listed on the ballot for each candidate:

A referendum on a sexual education bill passed earlier this year, Senate Bill 5395, will allow voters to decide whether to keep or repeal the legislation. The bill is currently suspended pending the results of the referendum, according to the Washington Department of Education.

RELATED: What you need to know about voting by mail in the Inland Northwest

Other State or Multi-County Washington Races

RELATED: VERIFY: Yes, the president can nominate a replacement for RBG before the end of his term

RELATED: VERIFY: The difference between absentee ballots and mail-in ballots