Here are the third-party presidential candidates on the ballot in Washington, Idaho 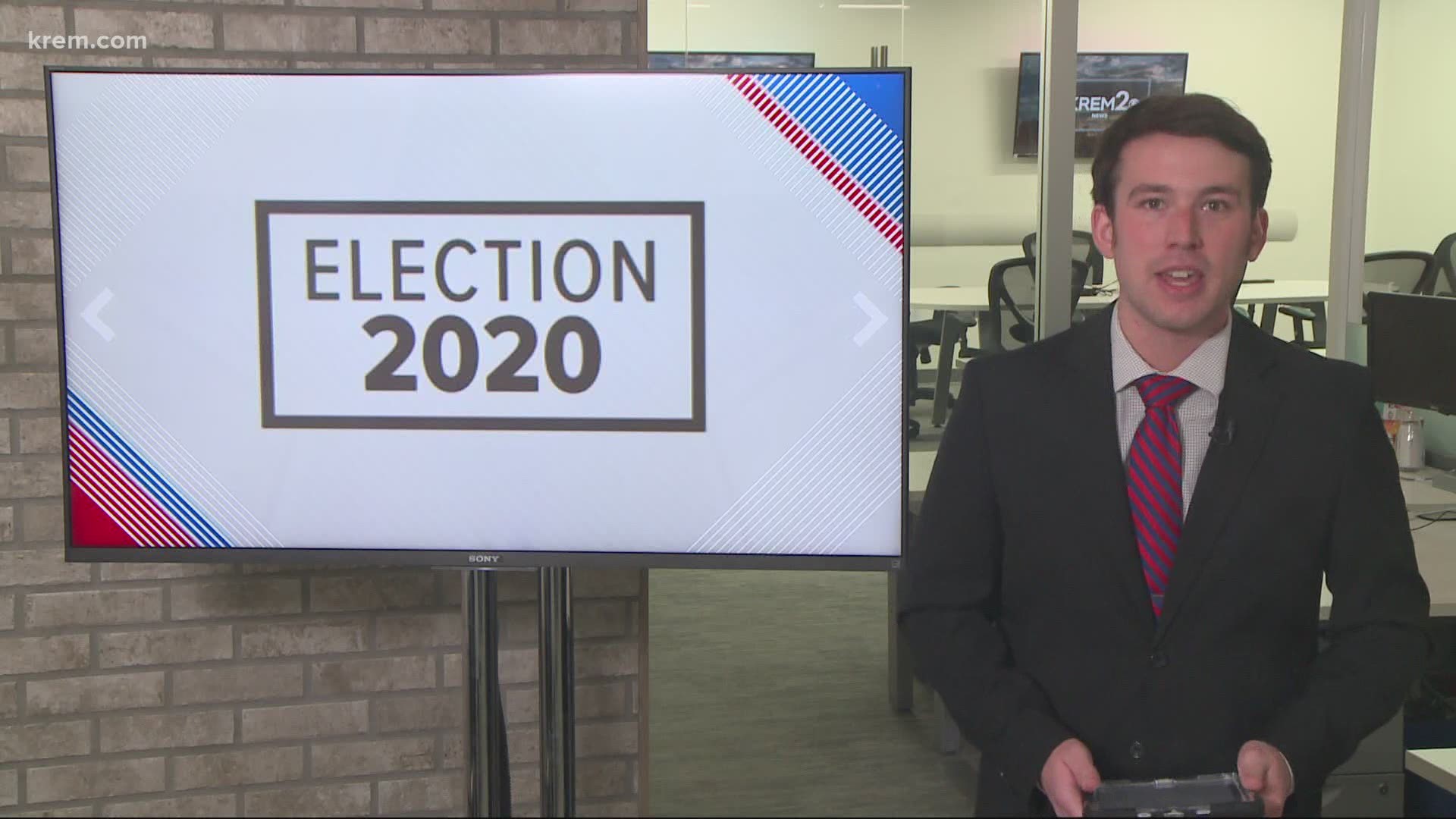 SPOKANE, Wash. — Voters in Washington and Idaho will see more than just Republican President Donald Trump and former Democratic Vice President Joe Biden as options when they cast their ballot for the highest office in the country.

Washington voters will see four third-party presidential candidates on the ballot, while those in Idaho will see five in addition to Trump and Biden.

State across the country have their own criteria for candidates to be listed on the ballot in the presidential race, and Washington and Idaho differ in their rules.

*Kanye West appears under the "Birthday Party" in some states

Another difference to note between voting in the two states this year is when mail-in ballots are due. While Washington with its mail-in voting system requires ballots be dropped off by 8 p.m. on election night or postmarked by Election Day, Idaho mandates that mailed-in absentee ballots must be received by the county election's office by the end of business on election night.

The KREM Voter Access Team is working to get you the information and dates you need for the 2020 Election. Click here to view the KREM Voter's Guide. Text the word 'Vote' to 509-448-2000 for important deadlines and information, or text 'Ballot' for links on how to check the status of your ballot in Washington and Idaho.