KREM is tracking more than a dozen wildfires that sparked over Labor Day weekend. This is the latest. 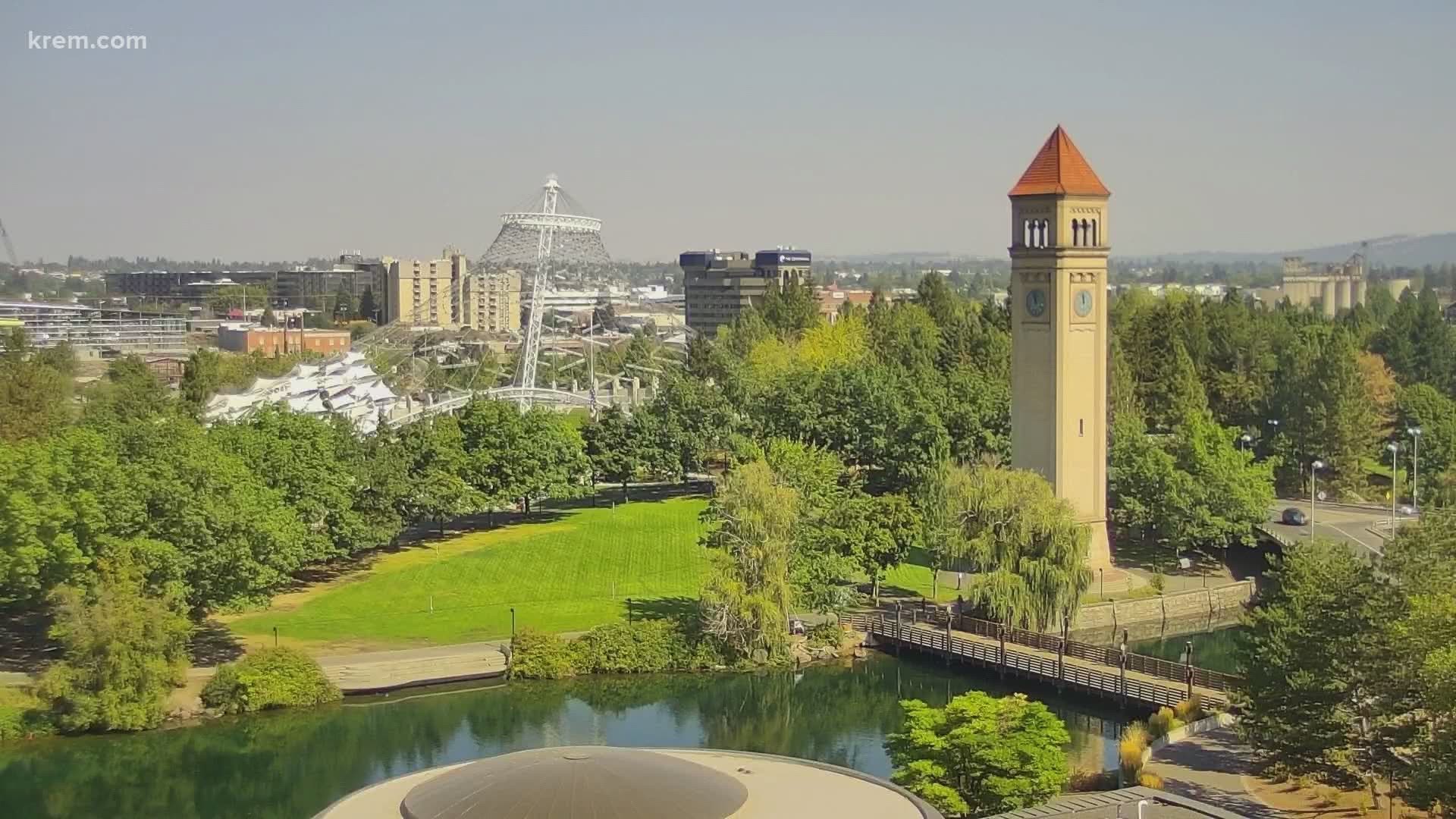 SPOKANE, Wash. — Windy conditions around the Inland Northwest helped spread more than a dozen wildfires over Labor Day weekend. Hundreds of thousands of acres are still burning on Tuesday, Sept. 15.

Tens of thousands of acres are also burning in North Idaho from at least seven wildfires.

Air quality in Spokane is sitting in the hazardous range for the fourth day in a row due to wildfire smoke from California and Oregon.

Washington Gov. Jay Inslee has declared a statewide emergency due to the ongoing wildfires burning across the state. He has also issued a proclamation that will allow people impacted by the wildfires to get financial assistance.

The funds will be provided through the DSHS' Family Emergency Assistance Program, which has been expanded to also serve individuals and waive the one-time distribution limitation.

Here's what you need to know right now:

How to keep wildfire smoke out of your home

These are several rural roadways closed in eastern Washington due to fire activity. WSDOT has the latest.

The state of Washington closed all land managed by the Department of Natural Resources east of the Cascades for recreation due to fire danger through at least Thursday, Sept. 17.

Scroll down for a list of all of the fires burning in eastern Washington and North Idaho, and the latest information about acreage, containment and evacuation notices.