SPOKANE, Wash. — A massive cold front and push of a colder air mass created a variety of weather issues for the Inland Northwest on this Labor Day.

A High Wind Warning was in effect on Monday for most central Washington locations, and a Wind Advisory was in place for most of eastern Washington and North Idaho. Wind gusts peaked between 45 and 60 mph beginning on Monday afternoon through about 8 p.m.

The extreme winds prompted a list of concerns for the region.

First, they left tens of thousands of people in eastern Washington and North Idaho. The high winds, which can cause tree and power line damage, were the primary cause of power outages lasting into Tuesday.

Second, the dry and windy conditions that prompted the Red Flag Warning led to aggressive fire behavior for any new or existing wildfires in the region. Please do everything you can to prevent new fires from sparking which can be as simple as not having a campfire today.

Third, the windy conditions made for blowing dust. In some cases, drivers may have felt like they were driving in a blizzard. Highways of note that were affected on Monday include I-90 from Vantage to Sprague, Hwy-2 from Waterville to Davenport, Hyw-395 from Ritzville to the Tri-Cities, and Hwy-26 from Vantage to Colfax.

State Route 395 and I-90 were closed at Ritzville due to poor visibility because of blowing dust, according to Washington State Patrol Trooper Jay Sevigney. 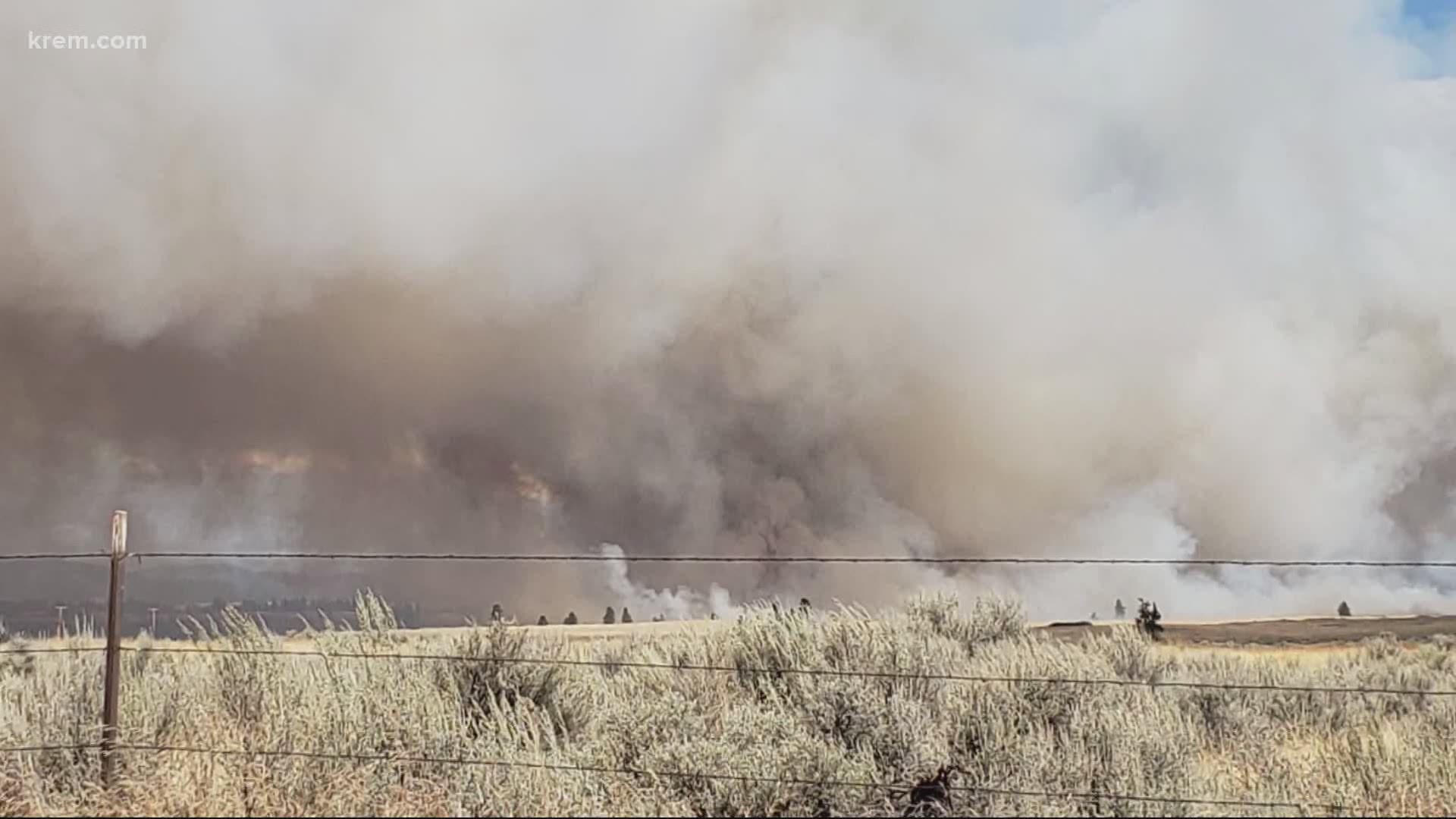