October 2019 was coldest on record in Spokane

A handful of other cities in North Idaho and central Washington also saw their coldest October on record. 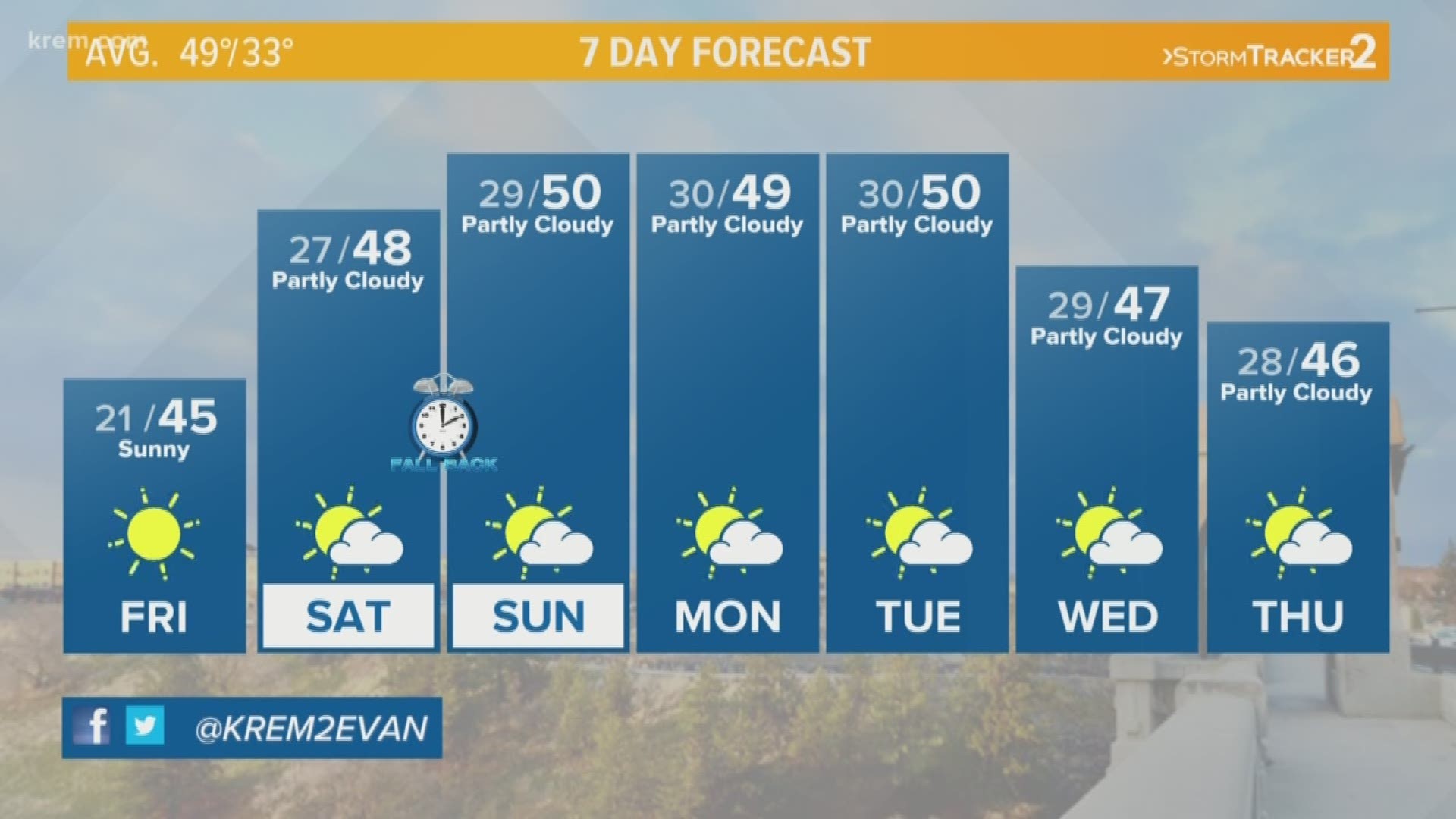 SPOKANE, Wash. — Spokane officially broke a record more than a century old for the coldest October ever.

Spokane's average high in October typically sits at about 58 degrees, while the high this year sat at about 51.3 degrees.

Records have been kept since 1881.

Three out of four of Spokane's coldest Octobers have fallen within this century, including 2002 and 2009, according to the National Weather Service.

To put these numbers in perspective, the average temperature for the month is 47.7 degrees. This includes both daily high and low temperatures.

Only five days had above average high temperatures in Spokane, one day was at average and 25 have been below average. It's no wonder we are running more than five degrees below the average when the ratio of cold days to warm is nearly five-to-one.

A handful of other cities in North Idaho and central Washington also set the record for coldest October, including Wenatchee, Ephrata, Sandpoint and Moscow.

On top of the cold, snow was another October headline in Spokane.

The second week of October saw a record 3.6 inches of snow in Spokane and was one of the earliest snows of the season. That came after Spokane had the second earliest snow on record back in September.

Since the fall foliage was just reaching peak colors and many trees still had all their leaves still attached, those few inches of snow were damaging. Thousands were without power overnight, with some outages lasting for several days.

It would go on to snow two more times late in the month. These snows were far less significant, only amounting to an inch at most in a few northern locations.

Regardless, a total of four snow events before Halloween is unprecedented and the average snow total for October is just 0.1 inches.

RELATED: Spokane colder than some Alaskan cities amid blast of Arctic air