Spokane colder than some Alaskan cities amid blast of Arctic air

Warm and moist air from the tropical Pacific Ocean is responsible for record high temperatures in Alaska. 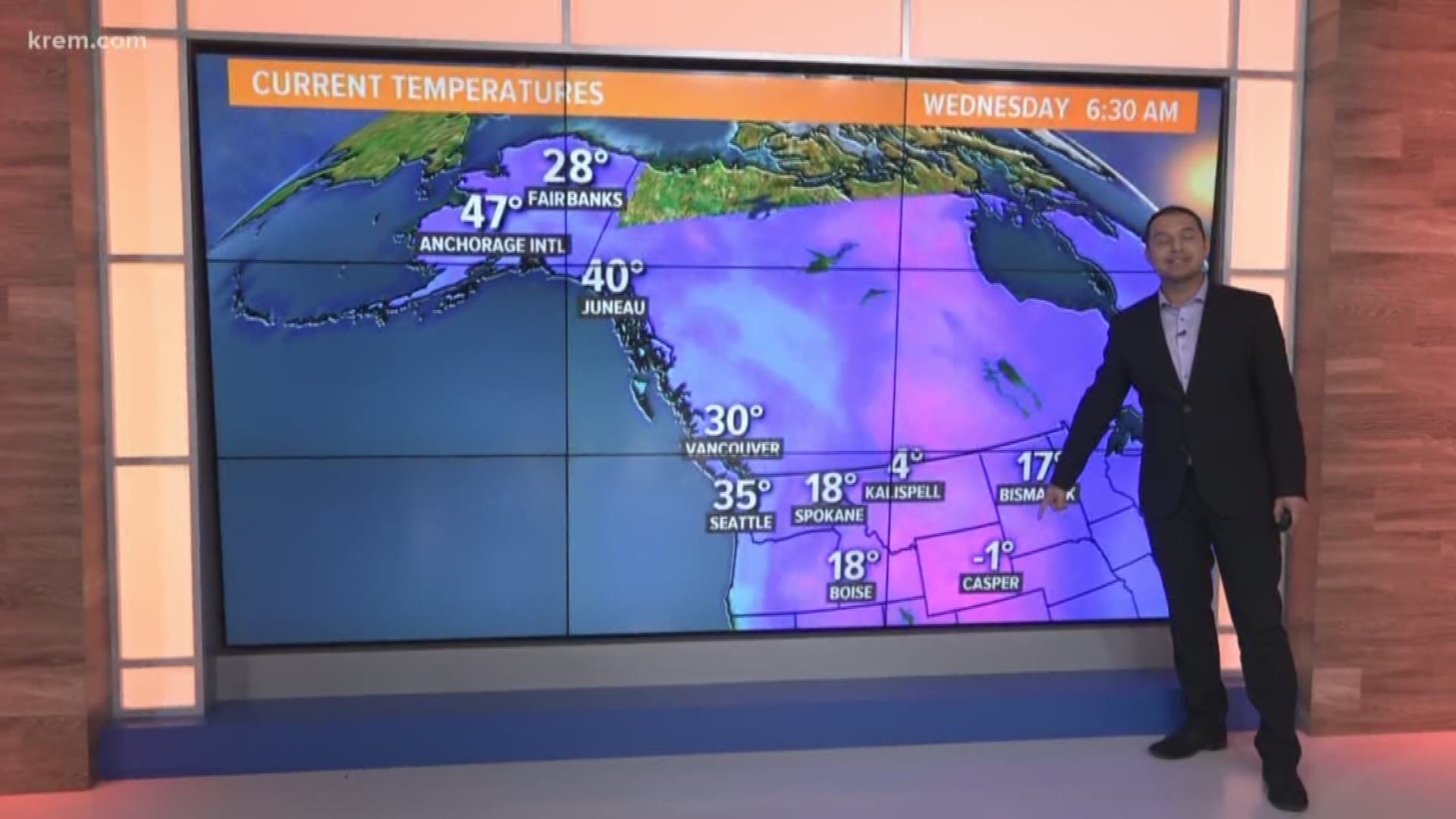 SPOKANE, Wash. — A blast of Arctic air has left Spokane colder than several cities in Alaska on Wednesday morning.

Spokane sat at 18 degrees as of 6:30 a.m., while Juneau was 40 degrees and the temperature at Anchorage International Airport sat at 47 degrees at the same time, according to KREM morning weather anchor Evan Noorani.

NWS Meteorologist told Anchorage Daily News that Monday’s high was a full 20 degrees above the average high temperature for Oct. 28, which is 34 degrees. Noorani said the average low for Anchorage is 22 degrees during this time of year.

A “Pineapple Express,” which pumps warm and moist air from the tropical Pacific Ocean north, is responsible for the record temperatures.

In comparison to both Alaska and Spokane, the temperature in Kalispell, Montana, hit 4 degrees and Casper, Wyoming, sat at -1 degree at 6:30 a.m. on Wednesday, Noorani said.

Wind chill made temperatures feel like 9 degrees in Coeur d’Alene, 8 degrees in Libby, Montana, and 15 degrees in Spokane as of 6:30 a.m. on Wednesday.

Spokane’s Tuesday morning temperatures sat in the single digits when factoring in wind chill. Noorani says the chilly temperatures are about 15 to 20 degrees below average and fall more in line with early December.

The bitter cold temperatures come after the fourth Spokane snowfall before Halloween. Spokane, Post Falls and other areas around the Inland Northwest saw snow showers on Monday, Oct. 28, marking the third October day that Spokane has seen snow.

Snow flurries also fell on Saturday, Oct. 26, and a record-breaking four inches of snow fell in Spokane on Oct. 9.

Temperatures are expected to rebound slightly into Thursday but the overnight low for Halloween Day into Friday is expected to hover around 20 degrees in Spokane. This points to a good chance of mid to lower 30-degree temperatures for Thursday evening, right around prime trick-or-treating hours.

The average Halloween sees an afternoon high of 51 degrees and overnight low of 34 degrees.

The good news to deliver is skies are expected to stay dry and clear for most of the week, including Halloween day.

RELATED: Here's how many Spokane shelters are open amid frigid temperatures

RELATED: How to save money on your energy bill during cold snap