Officials say 400 of the reported locations have been addressed by city crews so far. 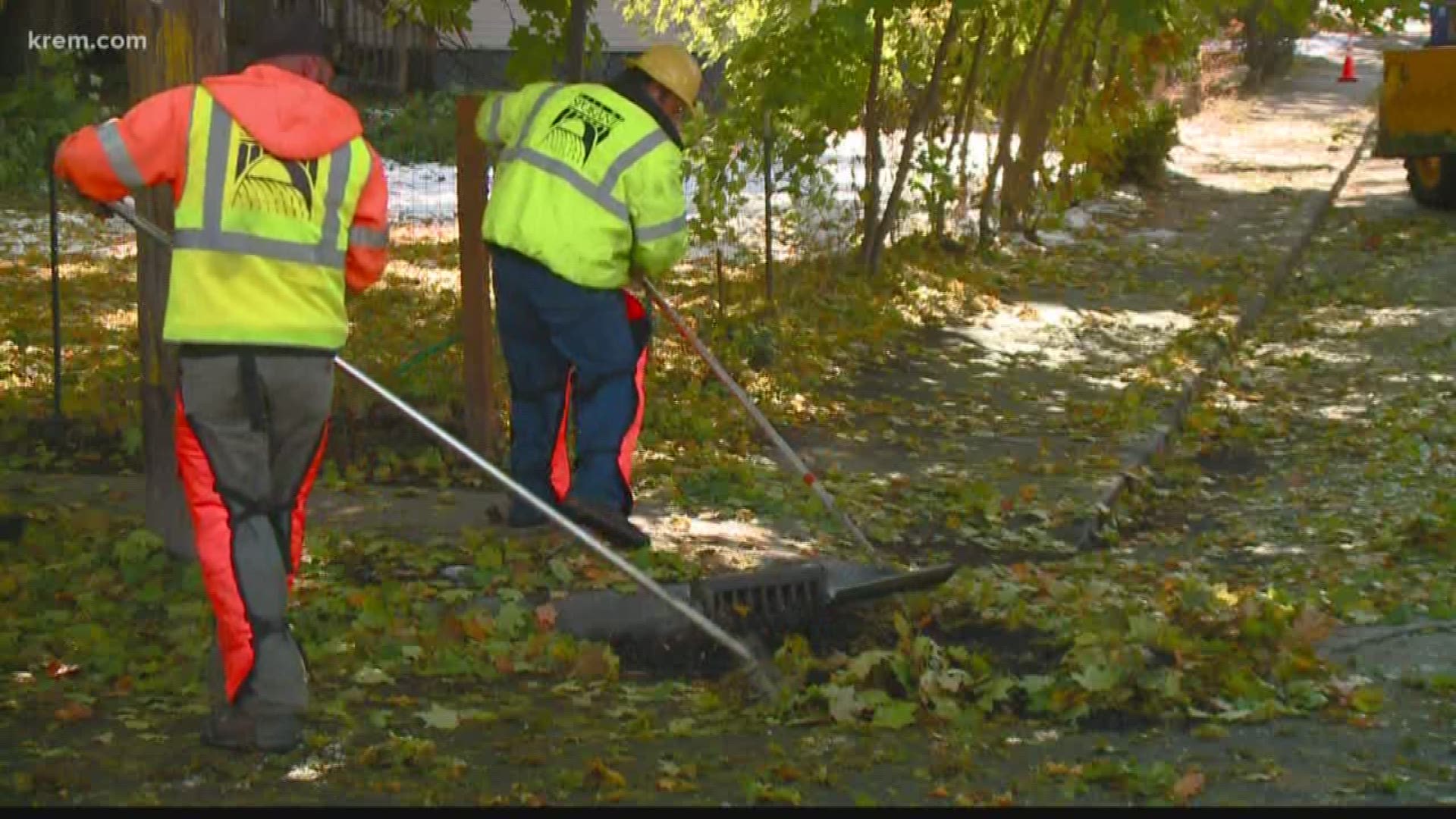 SPOKANE, Wash. — The City of Spokane responded to over 650 reports of fallen tree debris after the unusually early snowstorm hit the Inland Northwest Tuesday.

Revised numbers from the city show the crews have addressed about 400 of the reported locations, according to city spokesperson Marlene Feist.

As of Friday afternoon, tree limbs that obstructed traffic have been moved or removed completely, Feist said. As a result, the city is suspending cleanup efforts over the weekend and planning to finish the work next week, although select crews will be available to address emergency situations.

Citizens can call 3-1-1 and select an option to be connected to the Street Department to report debris blocking the roadway.

Crews are continuing to address arterials and residential streets, Feist said. The city asked park-goers to watch out for tree limbs snagged in treetops while Parks Operation crews work to address tree damage and debris.

"We now have seen two storms that have brought us shots of winter weather much earlier than usual, and we are responding," said Spokane Mayor David Condon on Wednesday.

Residents are asked to clear debris from sidewalks. The city will help with that as well, but is prioritizing blocked roads.

City leaders said residents should not push tree debris into the street.

South Hill is still the hardest hit area, according to a map of downed trees compiled by the city. The city is collecting debris into one large pile and it will later be turned into mulch.

Feist said some trees are tangled in power lines, so they cannot be moved until Avista crews repair them. The city reminded people not to approach downed power lines.

For people experiencing homelessness, Hope House is open during the day for women and House of Charity has also extended its hours due to the cold weather that's expected. The two shelters will have extended hours through Saturday.

The City of Spokane provided free disposal of trees and tree limbs that came down at the Waste to Energy Facility, 2900 S. Geiger Blvd., through Saturday, Oct. 19. Free disposal is available for Spokane residents only.

So far 575 citizens brought in over 151 tons of tree debris. Lines at the facility have been long for the past couple of days, with wait times of up to an hour on Thursday, Feist said.

The temporary free service is only for tree and tree limbs that have been cut into pieces no longer than six feet.

Tree debris can also be placed in yard waste carts for pickup on normal garbage days.

Spokane fire crews have received hundreds of calls about damage since midnight on Wednesday, with many of them concentrated in the South Hill, Chief Brian Schaeffer said.

Schaeffer said some residents reported trees that fell on their homes.

Fire stations called in off-duty and extra crews, and are working with Spokane County Public Works to clear the streets. Some fire stations are without power.