The triple-digit heat in Spokane is expected to hold through the Fourth of July weekend. 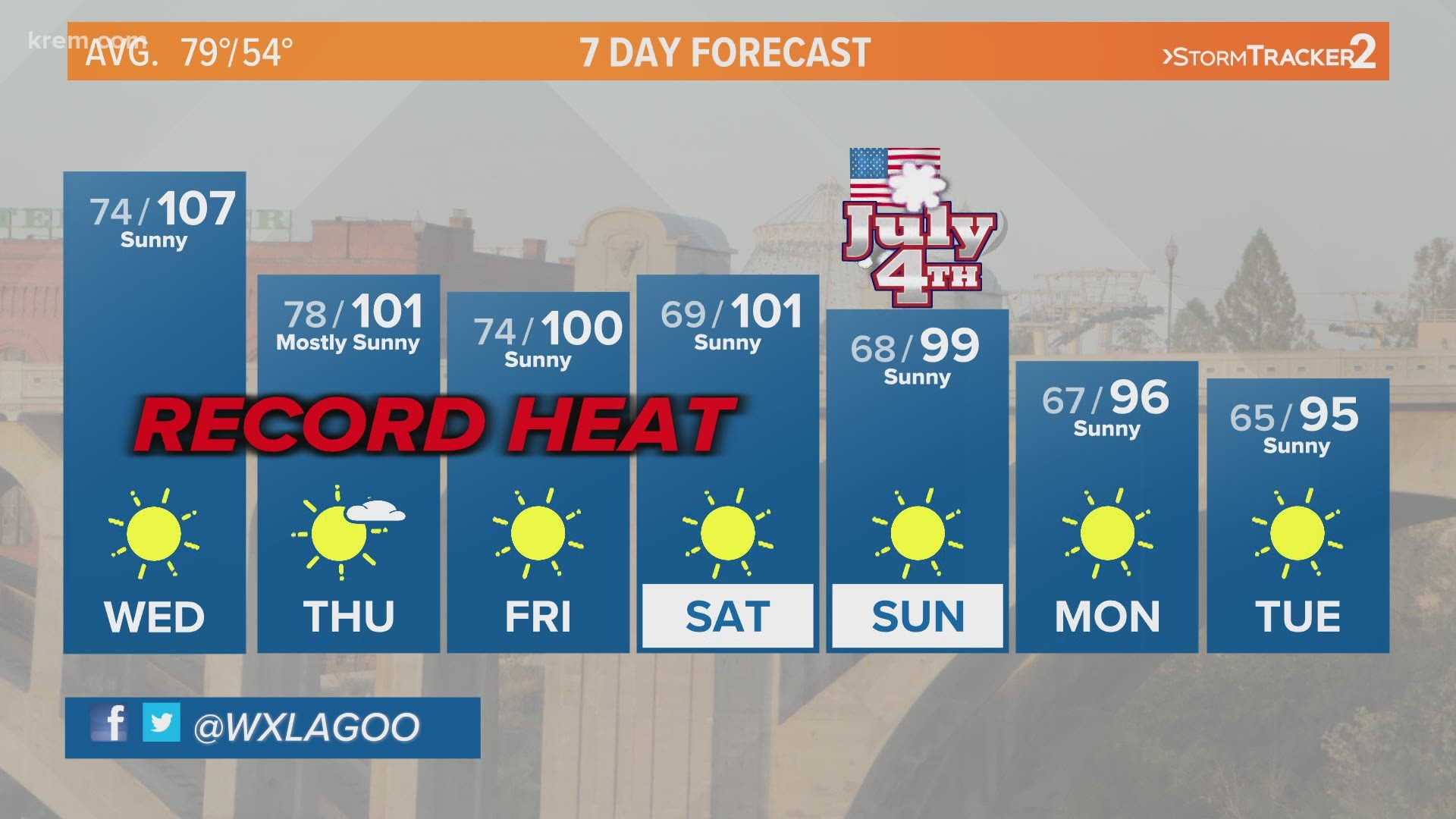 At 4:10 p.m. on Tuesday, Spokane International Airport hit 109 degrees and broke the all-time record high temperature for the city. That record, which stood at 108 degrees, has happened twice in history — first on July 26, 1928 then again on August 4, 1961. The forecast for Wednesday stays hot at a whopping 107 degrees. Spokane also hit a high temperature of 105 degrees on Monday.

Richland also recorded a high temperature of 118 degrees on Tuesday. That ties the record for the warmest temperature ever recorded in the state of Washington. The previous record was set on August 5, 1961 at Ice Harbor Dam.

The National Weather Service in Spokane issued an Excessive Heat Warning that will be in effect through Sunday, July 4. Temperatures first climbed into the triple digits over the weekend and will remain this way throughout the week.

An initial small cooldown arrives on Thursday for Spokane, with temperatures dropping back to near 100 degrees in the coming days. While that is still near record levels, it is a decent drop from where we were to start the week.

Temperatures will dip back into the upper 90s by the Fourth of July. Those temperatures are still about 15 degrees above normal.

The weather pattern responsible for all of this heat likely won’t break any time soon. The heat dome moves east in the coming days. While that is good news for finding cooler temperatures in the forecast, a ridge that moves in after the dome will keep temps above average. It's likely the above-normal warmth is here to stay for now, triple-digit heat is expected to hold through the Fourth of July weekend.

Avista customers are experiencing "targeted, protective outages" as a result of the heat wave. At the height of power outages on Monday, more than 9,000 Avista customers throughout the Spokane area were in the dark.

Some of the Avista customers who lost power on Monday experienced outages on Tuesday, June 29. Some customers may have experienced more than one outage with no less than one hour in between outages.

Information about how to prepare for outages is available on Avista's website.

How to avoid heat-related illness

Here are some health and safety tips to avoid heat-related illness:

The early warning signs of heat stress can include decreased energy, slight loss of appetite, light-headedness and nausea. People experiencing these symptoms should go to a cool environment, drink fluids, remove excess clothing and rest. 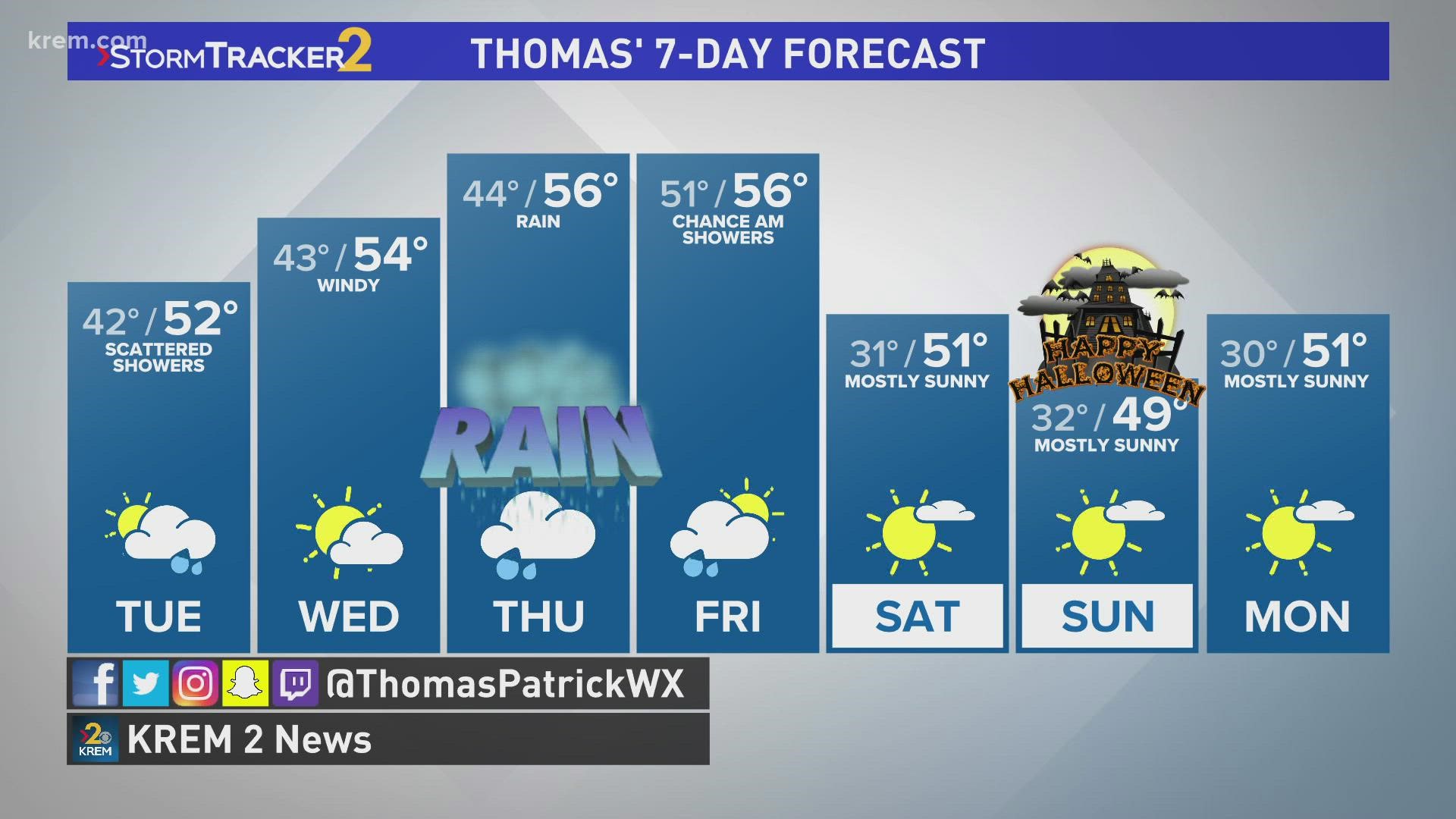 Rain to stay through Friday