Last year's meeting between Gonzaga and Florida State ended in a heartbreaking loss for the Zags. Now GU has a chance to redeem themselves. 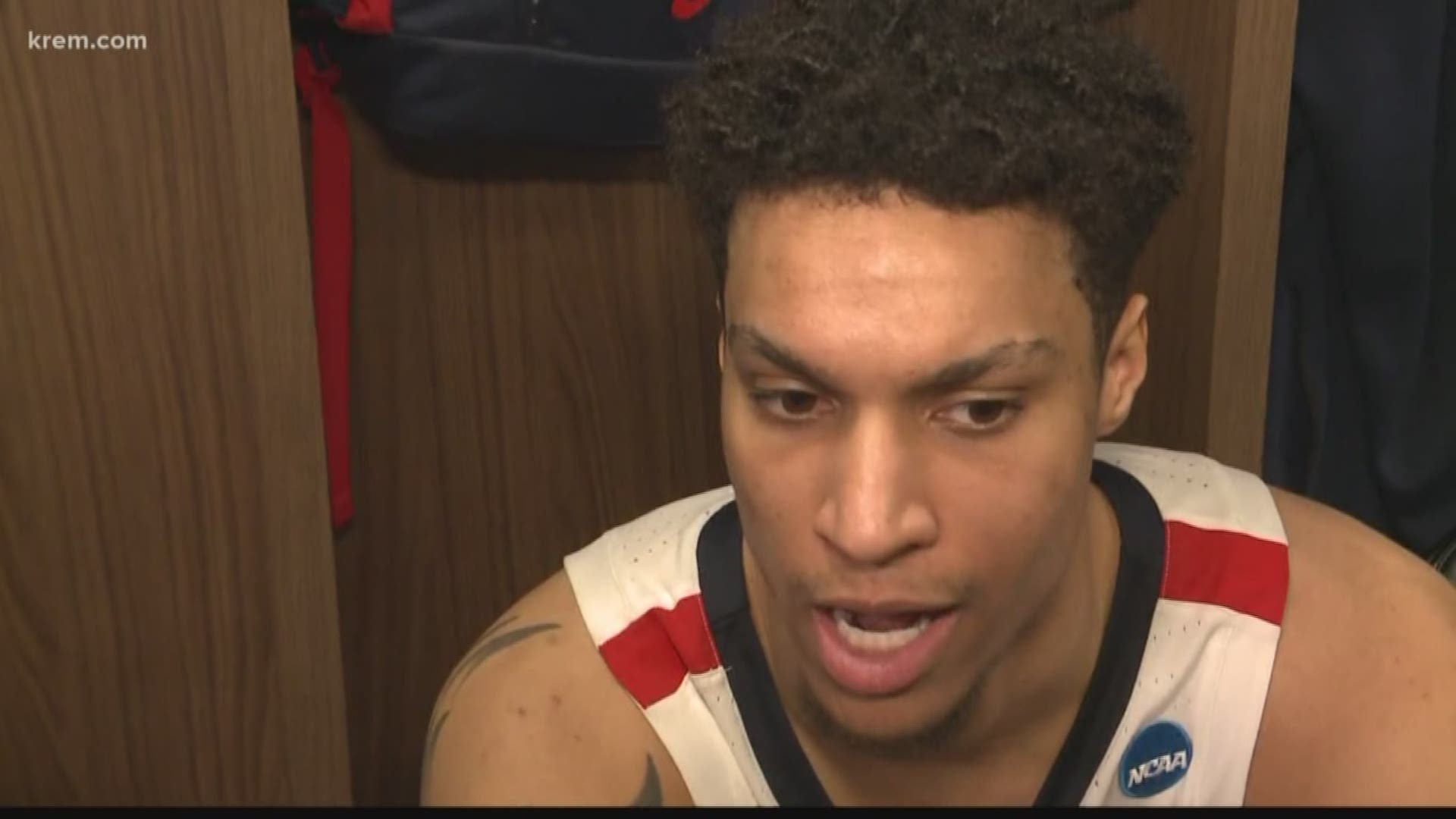 SPOKANE, Wash. — One-seed Gonzaga is facing off against four-seed Florida State on Thursday. As many die-hard fans remember, last year's meeting between the two teams ended in a heartbreaking loss that ended the Zags' season at the Sweet 16.

Now, the Zags have a chance to redeem themselves as they play Florida State again in this year's Sweet 16.

Some fast facts ahead of the game: Gonzaga's 2019 NCAA Tournament appearance marks its 21st consecutive and 22nd overall. The Bulldogs received a one-seed this year for the third time in program history.

Gonzaga is also the only program in the country that has appeared in five straight Sweet 16s.

The Zags advanced to this year's Sweet 16 after beating No. 9 Baylor 83-71 on Saturday. Brandon Clarke was the star of that game, scoring 36 points.

Thursday marks third meeting between Florida State and the Zags

Last season, the Florida State Seminoles ended the Zags' season with a 75-60 win during the Sweet 16 in Los Angeles.

Rui Hachimura was a key player during that game, scoring 16 points for the Zags. Zach Norvell Jr. added 14 points.

But the story of the Seminoles and Zags has not always been a sad one for GU fans. In 2010, the No. 8 Zags beat the No. 9 Seminoles 67-60 during the first round of the NCAA Tournament.

The victory over the Seminoles made Mark Few the coach with the most all-time wins in program history.

The Zags are 13-10 against Atlantic Coast Conference competition and won their latest meeting with a member from the ACC when they beat top-ranked Duke 89-87 during the Maui Invitational Championship game.

When our KREM 2 Sports team asked the Zags about how they could improve their game this year, a major theme was more aggressive play.

Sophomore Corey Kispert said the Zags lost in 2018 because the Seminoles overpowered them.

"We just kinda tiptoed into it and didn’t really kinda go at them like we needed to, so I think that’s going to kinda be our main focus this year: changing that," Kispert said.

"I think we just need to be in attack mode offensively, get going downhill against their pressure," senior Jeremy Jones added.

Junior forward Rui Hachimura echoed the same sentiments, saying the Zags need to be more a "more physical and aggressive team" during the game.

Last year, Gonzaga did not have Killian Tillie on their side when they played the Seminoles because he sustained a hip injury in practice. Tillie could be a major key to a Zags win this year.

“He was huge for us on both ends of the floor. Not having him out there took a shot to our offense and our team as a whole. Having him back and healthy is going to be big for us and paramount against these guys," Kispert said.

“It was tough not being able to help my teammates. I think they played soft and we didn’t play a real Gonzaga game, so it’s going to be important to show them right away the toughness we play with," Tillie added.

Fourth-seeded Florida State is coming off a 90-62 win over No. 12 Murray State. Mfiondu Kabengele was 10-12 from the field with seven rebounds and three blocks during that game.

The Seminoles have won eight of their last nine games, with their lone loss coming to Duke, 73-63, on March 16.

How to watch the Sweet 16 game

The Zags and Seminoles face off at 4:09 p.m. in Anaheim, California.

Fans can catch the game on KREM 2. 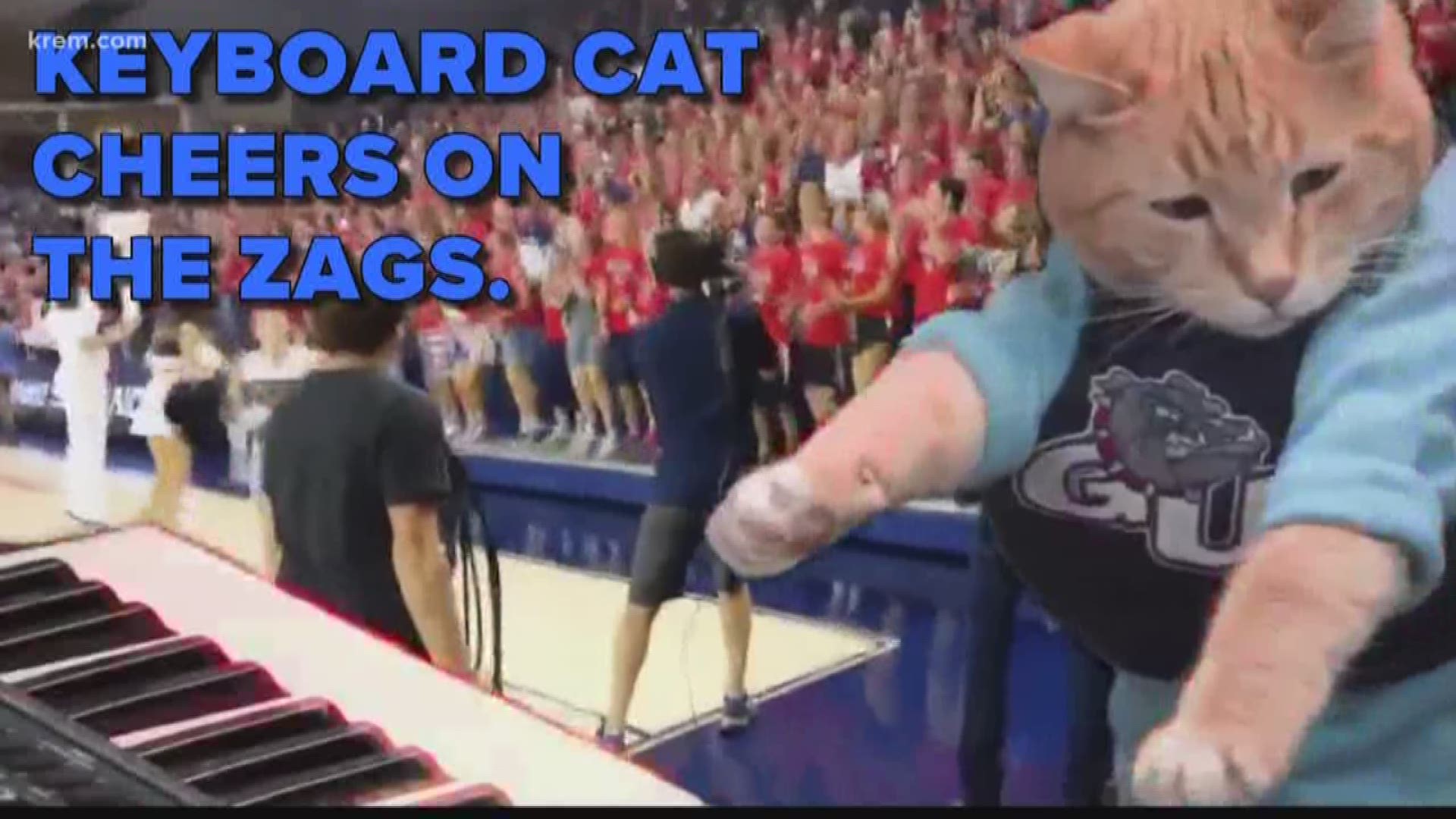