Why Drew Timme returning to Gonzaga is such a big deal

Yes, we all know Drew will be a candidate for all of the player of the year awards coming into the season. But his return has larger impacts than just points scored. 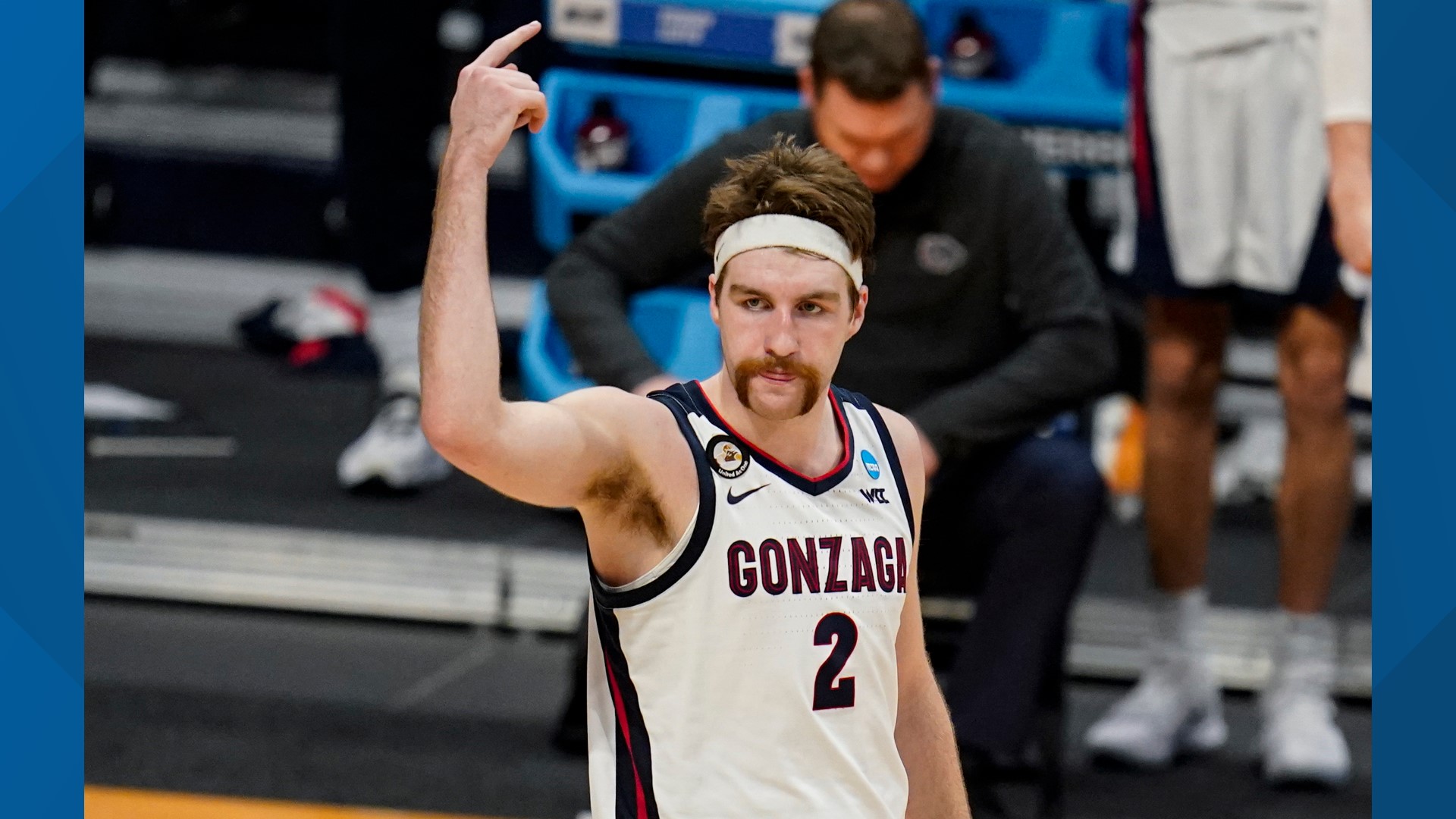 SPOKANE, Wash. — It’s pretty obvious that Drew Timme returning to Gonzaga is massive. He averaged 19 points per game and was a second-team All-American last year.

I want to go beyond the obvious, though. Drew returning is bigger than just points scored and rebounds pulled down.

Gonzaga will have one of the best, if not the best, frontcourt in the country with Chet Holmgren, Anton Watson and Timme.

Drew returning means that Chet can play more at the 4 position and utilize his perimeter shooting game, which is very strong.

Drew being back also means that Few can experiment with putting Julian Strawther in a Corey Kispert-esque situation like last year and play Strawther at the 4. Drew already has extensive experience with playing with an undersized four and Julian will be able to lean on him. If Julian can thrive like Corey did in that position while Chet Holmgren gets some rest on the bench, watch out folks.

Timme also returns as the most reliable bucket getter on Gonzaga’s squad.

Actually, let’s amend that: He’s the most reliable returning bucket getter in the country.

Yes, we all know Drew Timme is good in the post, but he is the nation’s top returner in field goal percentage (65.5%) unless the two seniors who finished ahead of him last season decide to return for an extra COVID year.

He brings a consistency that no other player on the team has and that will be huge as Few tries to mix in a bunch of new pieces this year.

The final, and honestly biggest reason in my opinion, why Drew’s return is such a big deal is this: This team needs an emotional leader.

I honestly can’t think of anyone else on this squad who could step into Corey Kispert’s leadership role except for Drew.

Andrew Nembhard and Anton Watson are simply more understated guys and no one else on the team has enough experience to be taken seriously as a leader.

This is now Drew’s squad, and that is going to be a lot of fun to see.