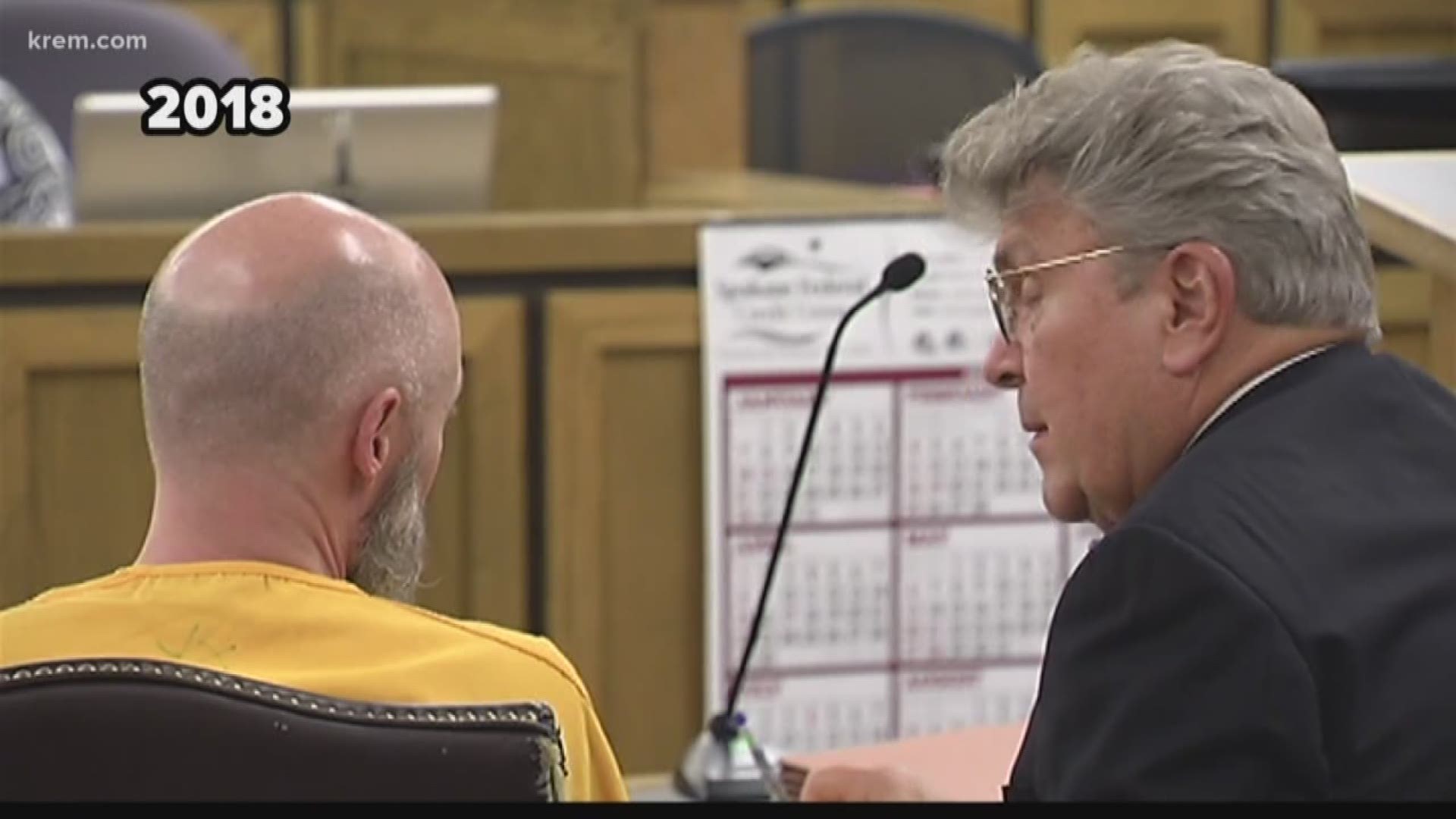 SPOKANE, Wash. — The City of Spokane has laid off Spokane Police Department Officer Nathan Nash, who has been charged with second-degree rape, third-degree rape and official misconduct.

Nash's attorney Rocco Treppiedi and the city of Spokane confirmed the news to KREM on Thursday afternoon.

"There is a city policy that the city goes through to determine whether or not people get to remain in position or not, and the city decided, I can't remember when, to lay him off," Treppiedi said.

Nash had previously been placed on administrative leave.

City spokesperson Marlene Feist said Nash will not receive pay or benefits while on unpaid lay-off status, but could possibly be given back pay if reinstated.

"This is unpaid," Feist said. "The policy is specifically to put someone on unpaid layoff status while the outcome of their felony case is being determined."

Feist said she couldn't remember the exact date the decision was made, but that it was likely this week.

Feist explained that the decision to place a city employee on unpaid lay-off status after a felony charge, per citywide policy, is made by a three-person board consisting of the city's Director of Human Resources, the head of the employee's department and a representative from the employee's bargaining group.

In Nash's case, Feist said, the two people in the group other than the Director of Human Resources were Chief of Police Craig Meidl and a representative from the Spokane Police Guild.

According to the policy, the board considers four different points after an employee is charged with a felony when deciding whether to lay off the employee.

The first point is the severity or heinousness of the crime, according to Feist. The second point considered is how the crime is related or connected to the duties of the employee's job with the city.

The third point, Feist said, is what the public relation impact would be related to the decision of laying off or not laying off the employee. The fourth consideration is the potential for workplace disruption depending on if the employee is laid off, Feist said.

KREM has reached out to multiple people at the Spokane Police Department for comment.

Nash, 36, was charged with rape after being accused of violating a woman during a domestic violence investigation. He has also been accused of misconduct by two other women, but has not been charged in relation to those incidents.

Court documents show Nash turned off his body camera and tracking software while he was at the alleged victim's home during the investigation.

Nash pleaded not guilty to all charges and was released on his own recognizance. The judge also imposed a no-contact order between Nash and the alleged victim.

Sexual Assault Unit Detectives opened an investigation into Nash on Oct. 23. The complaint was initiated by a female victim of a crime Nash was investigating, according to documents.

Nash was hired by SPD in 2018 after 13 years of experience in a federal law enforcement agency, according to the SPD.

KREM could only find three other instances of SPD officers being laid off while under criminal investigation in the last 12 years.

In 2015, Sgt. Gordon Ennis was placed on unpaid layoff status pending an investigation into a second-degree rape charge stemming from sexual assault allegations from a female coworker at a house party. He was found guilty and sentenced to at least seven years in prison before being eligible parole, with his maximum sentence being life in prison.

The other officer laid off pending an investigation was Detective Jay Mehring, who was laid off in 2007 after being charged for allegedly threatening to kill his estranged wife. He was reinstated after being acquitted of the charges, but was place on paid administrative leave in 2010 when he sued the City of Spokane.

RELATED: Why some people charged with rape don't have to post bail