In May, Gordon Ennis' lawyer requested a new trial on Ennis' behalf. The state said Ennis missed his chance at a new trial. A judge recently denied the motion. 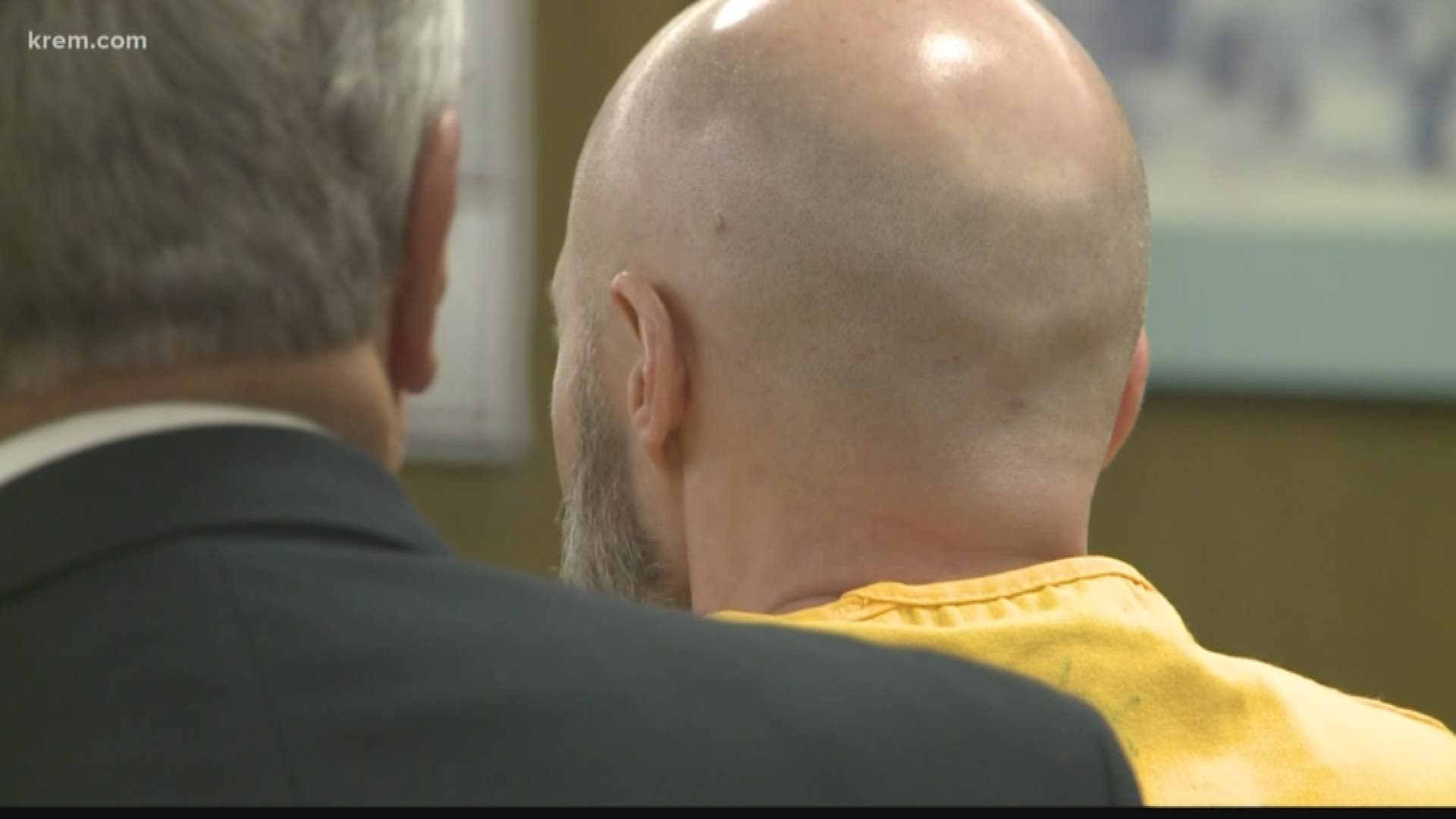 SPOKANE, Wash. — A former Spokane police sergeant found guilty of second degree rape for the sexual assault of a coworker was sentenced to at least seven years in prison.

In May, Gordon Ennis' lawyer requested a new trial on Ennis' behalf. The state said Ennis missed his chance at a new trial. A judge recently denied the motion. Ennis will serve at least seven years in prison before he can go before the parole board, with a maximum of life in prison possible. He spoke Friday at his sentencing.

"That night affected and impacted so many people in so many different ways…your honor I wish I had never gone to that house." Ennis said.

Before deciding Ennis' sentence, the judge talked about how the community was shaken by the attempts to cover up the crime.

Ennis' request for a new trial was based on a conversation Ennis and his wife overheard between Officer Doug Strosahl, his attorney and Ennis's former attorney. A motion filed by Ennis says there's reason to believe Strosahl had consensual sex with the victim at the same party before the assault, and Ennis said his former attorney did not use that information in the trial.

Documents said the victim described herself as "very intoxicated” at the party. She said she passed out in a guest bedroom and woke up to Ennis touching her inappropriately. She told detectives she tried to move away and heard Ennis say, "I gotta go, I gotta go home," in a panicked voice. Investigators said they later found the woman's DNA in Ennis's car on the gear shift and driver's side seat belt.

Prosecutor Kelly Fitzgerald spoke on behalf of the victim in court Friday and said, "The effect and toll on her personal and professional life has been profound, she has shown great courage and honesty when she gave her testimony publicly before your honor, the jury and all in the courtroom. She would ask today, your honor that you remember that testimony and keep it in mind in making a decision as to what is the appropriate sentence for this defendant.”

Ennis now has 30 days to file an appeal. His lawyer, Mark Vovos, said that is something he still is considering doing.