The victim alleges that the officer assaulted her while he was supposed to be gathering evidence for a domestic dispute investigation. 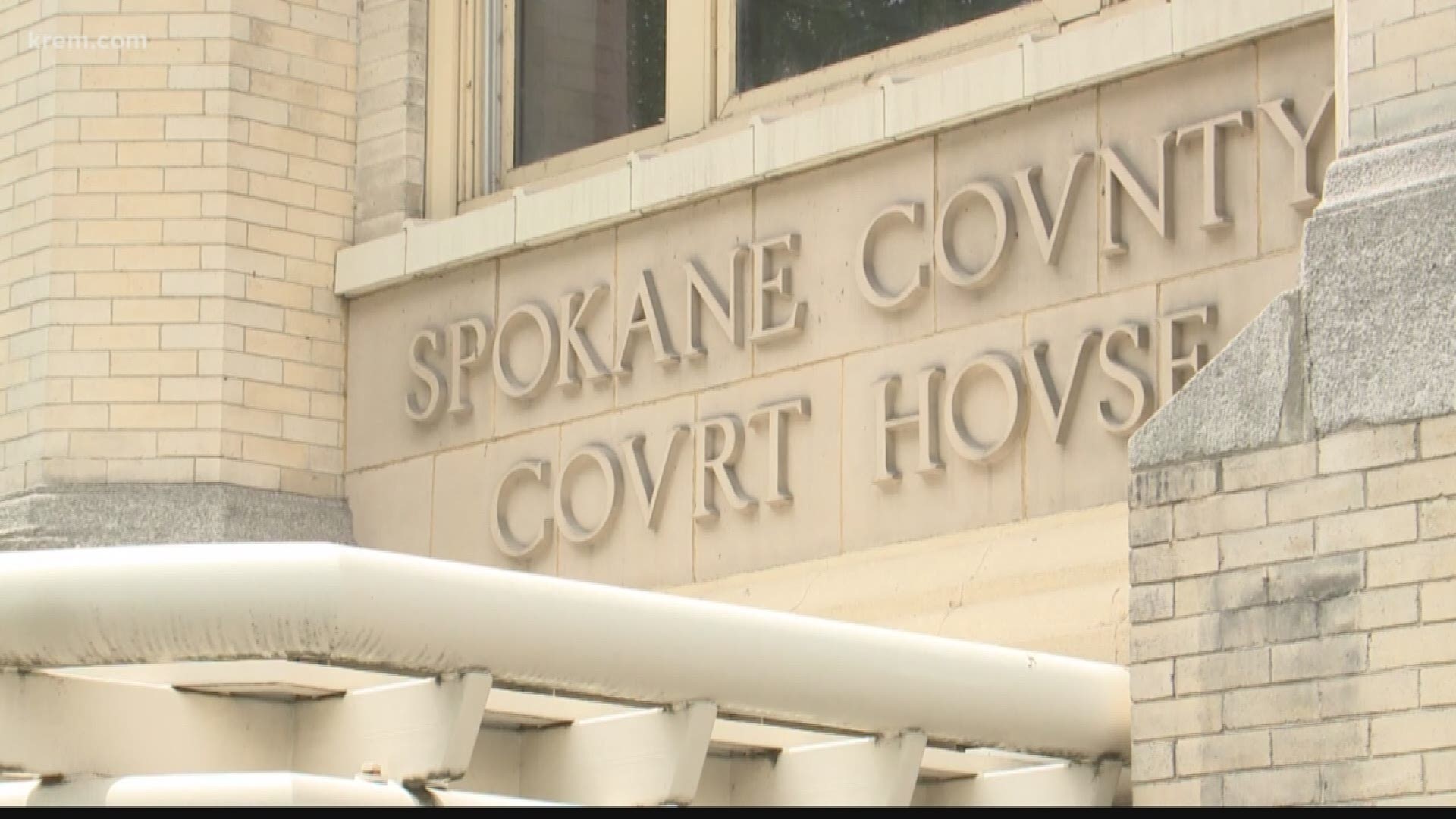 Regarding: Allegations against Spokane Police Officer Nathan Nash on October 23, 2019

I represent Spokane Police Officer Nathan Nash with respect to the investigation of an allegation made to law enforcement on October 23, 2019. The allegation was made by a woman involved in a domestic violence incident the week before. She alleged Ofc. Nash sexually assaulted her when she called him to provide additional evidence and requested further investigation of the domestic violence incident.

Ofc. Nash categorically denies the allegation of sexual assault or any criminal activity. The allegation is false.

Ofc. Nash considered the additional evidence she provided, and immediately followed up on the information she provided.

The allegation is under investigation by the Spokane County Sheriff’s Office.

We are not likely to have any further comment until the investigation is complete.

Editor’s Note: KREM does not usually name people in court documents unless they have been charged with a crime. In this case, KREM is naming the police officer due to his position in the community as a public employee tasked with protecting public safety, the ongoing investigation and the serious allegations of abuse of power.

This story contains graphic details and may be upsetting to some readers.

SPOKANE, Wash. – A Spokane police officer who has been placed on leave is under investigation for rape after a woman accused him of sexual assault during a domestic dispute investigation, court records say.

Spokane Police Sgt. Terry Preuninger said on Oct. 24 that the department became aware of a serious accusation of potentially criminal sexual misconduct allegedly committed by one of its officers.

The department placed the officer on administrative leave pending the outcome of the investigation, police said.

New court documents shed light on the details of the allegations.

The victim’s father reported that she was choked by her boyfriend during a domestic dispute In Spokane on Oct. 15, according to court records. Officer Nash was assigned to investigate the dispute.

According to court records, the victim had tried to contact Nash since the incident to ask questions about additional evidence she had, including bruises that had since appeared and hospital paperwork. She was unable to contact Nash and called the front desk to receive assistance on Oct. 23.

On the same day, the victim’s father received a text message from the victim's mother, asking him to call her. During the call, the victim’s mother said she was sobbing and asking why the officer “touched her and why he stuck his fingers inside her,” according to court records.

During a second phone call, the victim’s mother said Nash put his fingers inside of the victim’s vagina while he was at their apartment.

The victim’s father told investigators he went to the police department to file a complaint and that the victim went to Holy Family Hospital for a sexual assault evidence collection kit, according to court records.

According to court records, the victim’s father provided his call log to police and said he had been contacted by Nash. He spoke with him briefly at 11:28 a.m. and did not answer any other calls from him.

A detective interviewed the victim at Holy Family Hospital, who said Nash assisted her during the domestic dispute on Oct. 15, court records say. Nash called the victim at 10:32 a.m. on Oct. 23 and arranged to come to her apartment.

The victim told investigators she was the only person at the apartment and saw Nash arrive in his patrol vehicle between 10:45 and 10:50 a.m., according to court records.

Court records say that Nash suggested he look at her bruises in real time and they went to the victim’s bedroom.

The victim said she was eventually leaning forward over her bed and felt Nash penetrate her vagina with two of his fingers, court records say. She added that she “felt like she was being cavity searched.”

The victim told investigators that Nash’s fingers remained inside of her for about 30 seconds to one minute, and she felt him either caress her butt with his other hand or kiss it, court records say. She said she did not respond right away but eventually said something like, “Okay that’s enough.”

Nash left the apartment after exchanging phone numbers, court records say. He did not take any photographs of evidence.

As the incident was reported, COPS Northwest contacted Nash and took him to the Spokane Police Department’s Internal Affairs conference room. Investigators then relieved him of his firearm and took several of his personal items due to the potential for recovering DNA evidence.

A search warrant has been issued for Nash, his clothing, uniform and anything attached to it, notebooks, pens, recorders, phones, tissues and items in his pocket for DNA to compare to evidence from the sexual assault kit.

Nash has not been formally charged with a crime.

RELATED: Asotin Co. judge accused of sex crimes gets trial pushed back to 2020