SPD Sgt. accused of tipping off officer suspended for a month

Sgt. John Gately has been suspended for four weeks without pay. Gately will be allowed to take one week per month until all four weeks are served. 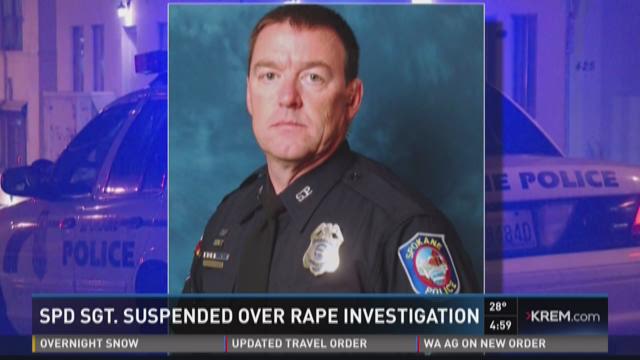 SPOKANE, Wash. – A Spokane Police sergeant accused of tipping off another officer facing rape charges has been suspended following an internal investigation.

Sgt. John Gately has been suspended for four weeks without pay. Gately will be allowed to take one week per month until all four weeks are served. He has also been removed from any role related to the Peer Assistance Team. Chief Craig Meidl suspended Gately against the recommendation of a department panel. The panel decided Gately did not violate department policy.

In the internal affairs findings, Meidl told Gately, “Your involvement in this incident had brought great embarrassment and discredit to the Spokane Police Department. This is not the type of behavior that I will tolerate from any of our employees.”

Investigators said back in October 2015 Gately told Sgt. Gordon Ennis he was the subject of a rape investigation and detectives were writing a search warrant. Gately was charged with obstructing a police officer, but a jury determined that they could not come to a verdict in a reasonable amount of time in the case. The Spokane County Prosecutor's Office decided not to refile the charges and the case was dropped.

The internal investigation wrapped up on February 10. Chief Meidl said he made the decision not to fire Gately because of his 30 years of experience and the blame that could be put on the staff who involved him in the rape investigation.