'I am responsible for Larry's death': Lori Isenberg sentenced to life in prison for husband's murder

Isenberg originally told investigators her husband fell into Lake Coeur d'Alene, but an autopsy showed no signs of stroke or drowning. 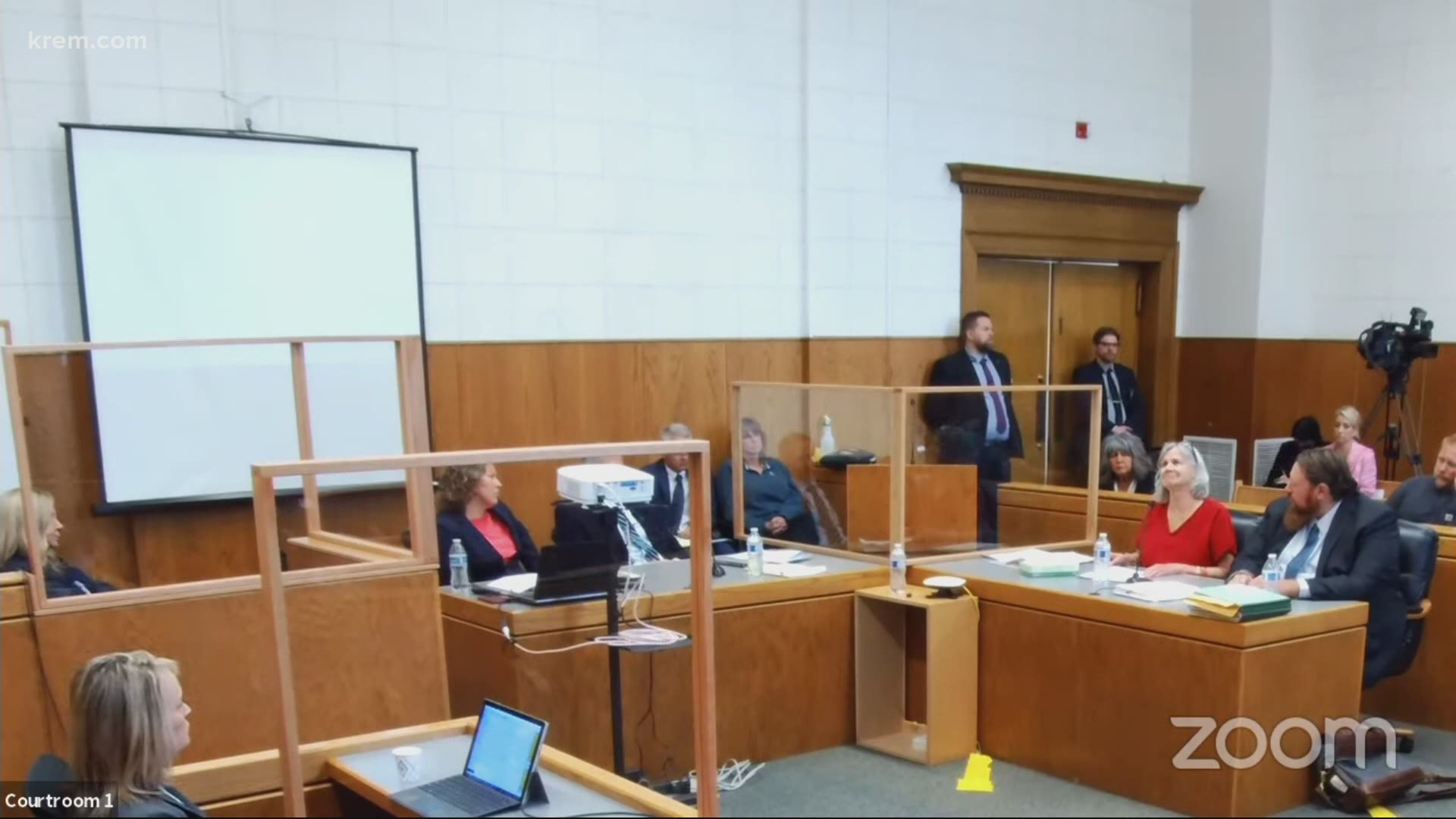 KOOTENAI COUNTY, Idaho — Lori Isenberg, the North Idaho woman who killed her husband, Larry Isenberg, in March 2018 and dumped his body in Lake Coeur d'Alene was sentenced to life in prison Monday.

Isenberg entered an Alford plea to second-degree murder in February. She will not be eligible for parole for 30 years with credit for time served. Isenberg will be in her late 90s.

Four family members spoke at the sentencing Monday morning. They remembered Larry as a hard-working family man who was deeply loved by his children and grandchildren.

"The manner in which I lost my father, Larry Isenberg, has left a hole in my soul that I will never be able to fill,” Larry's daughter Jessica McPherson said.

Lori told the court she knows she is responsible for his death but it wasn't her intention to kill him.

Lori claimed she was planning to commit suicide that day. She told the court she brought a Benadryl drink with her on the boat that morning with the intention of drinking it and dying by drowning. She claims Larry drank it after she fell asleep on the boat before she had a chance to drink it.

“I am so sorry for everything I did. Starting with the embezzlement that resulted in lies, deceit, betrayal, love and trust of the people I love, especially Larry,” Lori said.

While handing down the sentence, the judge said Lori may believe her version of events, but her "truth doesn't hold up" given the facts of the case.

In all, Monday's hearing took a little less than three hours before Isenberg was sentenced. Isenberg herself spoke for 45 minutes. She talked about the embezzlement and the emotions of what her family has gone through.

Isenberg's case made headlines for the last two years across the Inland Northwest. Investigators said Isenberg originally told them her husband Larry fell into the lake, but an autopsy showed no signs of stroke or drowning. It did show lethal amounts of Benadryl.

According to court minutes from Feb. 11, Isenberg's attorney said the plea is an Alford Plea and they agreed to use the grand jury transcript as the basis for the plea. An Alford Plea means Isenberg admits there is enough evidence to convict her of the charge beyond a reasonable doubt.

Lori Isenberg has entered the courtroom for sentencing for the killing of her husband. pic.twitter.com/LPNlylZy2s

Isenberg had initially pleaded not guilty to murder charges. Court documents filed in July 2020 showed that prosecutors also believed Isenberg allegedly tried to kill her husband while in Florida. She had researched stuff such as water depths, boating accidents and rentals, according to the documents. Prosecutors believed she tried to kill him with Benadryl while in Florida as well.

In November 2018, Isenberg pleaded guilty to charges of wire fraud and federal program theft. Court documents said she stole more than stole more than $500,000 from the North Idaho Coalition, which works with low-income families, while she was the executive director.

According to the Coeur d'Alene Press, Isenberg was sentenced to five years in prison on those charges.

Lori Isenberg’s trial, which has been repeatedly postponed due to the COVID-19 pandemic, was scheduled to begin June 2, 2020, according to the Coeur d'Alene Press.