Lori Isenberg tried to poison husband in Florida before his death, documents say 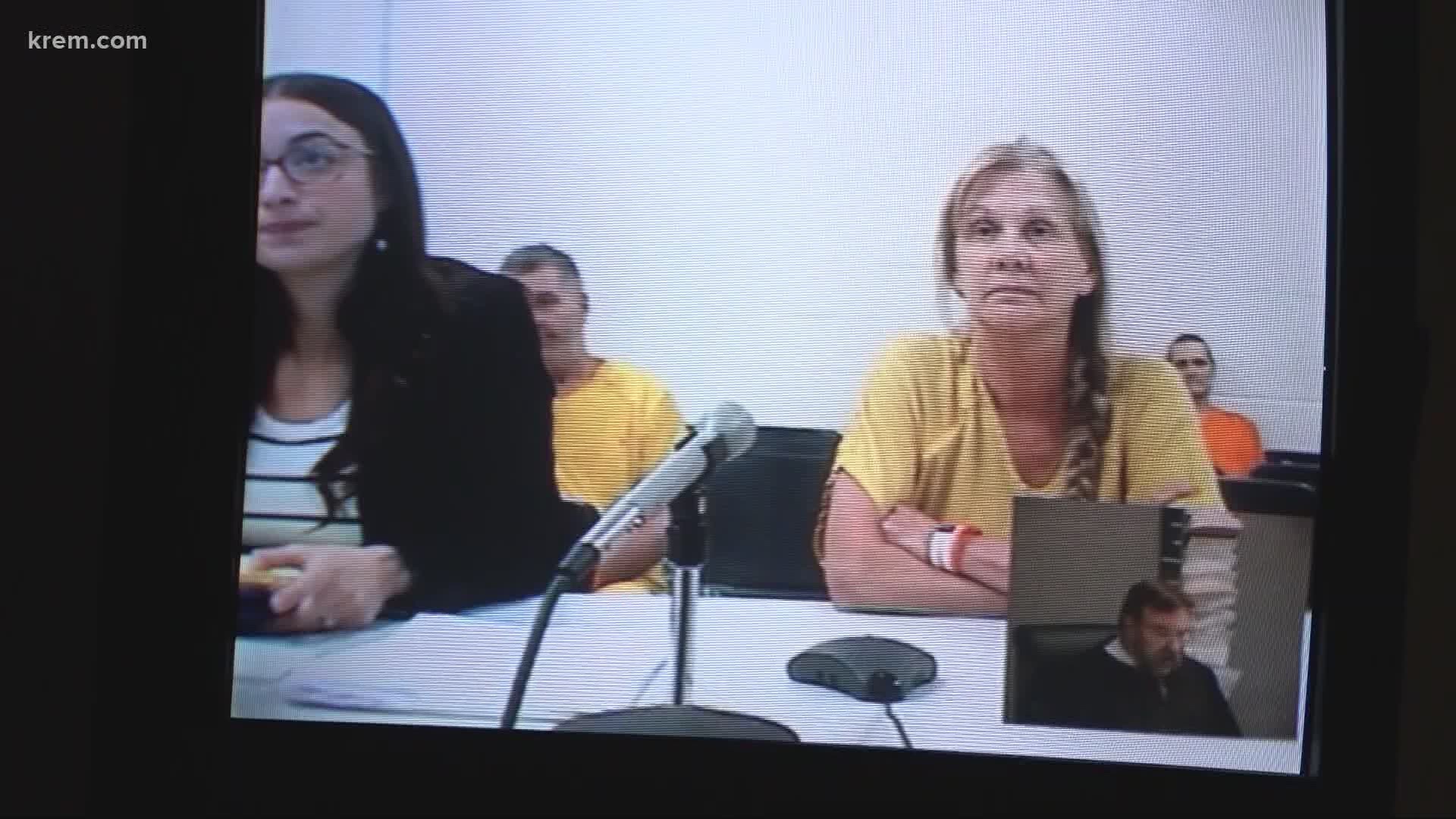 Lori Isenberg is charged with first-degree murder in connection to her husband Larry Isenberg’s death. She has pleaded not guilty to the charges.

Prosecutors also claim she poisoned Larry Isenberg in Florida with the same substance she used to poison him before he went into Lake Coeur d’Alene, documents say. Larry Isenberg's autopsy ultimately showed no signs of stroke or drowning, but did show a lethal amount of Benadryl in his system.

The couple’s community property was also liquidated immediately after Larry Isenberg’s death, according to documents. Real and personal property were transferred to others, including her children and sister, documents say.

Isenberg was arrested on a murder charge after her husband's death in 2018.

Jail records indicate that Isenberg was arrested at about 5:45 p.m. on Feb. 24. She is being held on a $2 million bond in the Kootenai County Jail, which her public defender did not object to during a court appearance on Feb. 25.

Isenberg’s case has made headlines in North Idaho and across the Inland Northwest for nearly two years.

Investigators said at the time that Lori told them her husband fell into the water and out of sight. She was not initially considered a suspect.

Lori Isenberg would later be convicted on embezzlement charges in federal court and police continued to investigate her husband's death.