Isenberg is facing a murder charge under a section of Idaho's murder law that references using poison to kill someone. 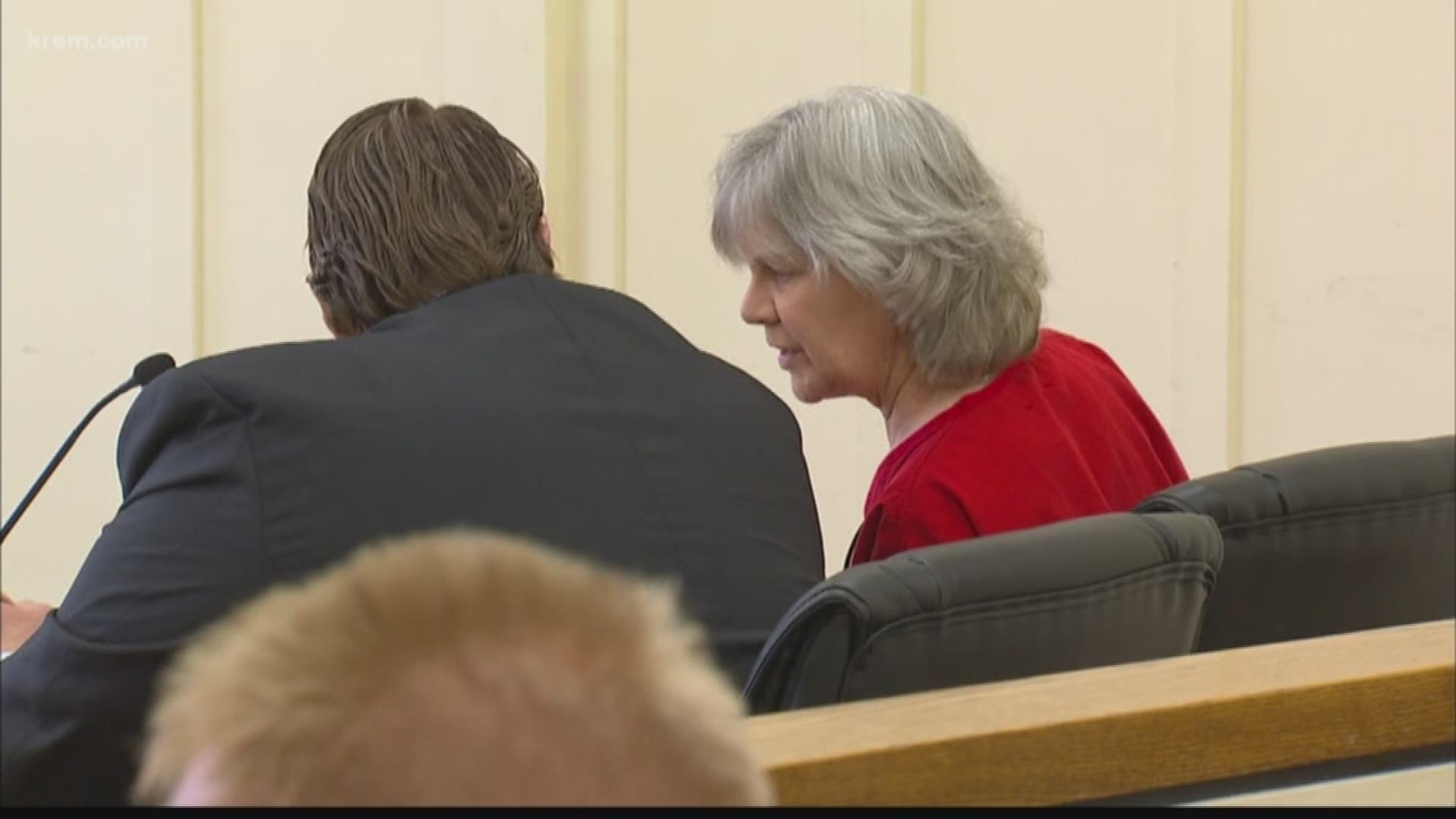 KOOTENAI COUNTY, Idaho — A Kootenai County judge has entered a not guilty plea on behalf of Lori Isenberg after she remained silent during her arraignment on Tuesday.

According to KREM's Taylor Viydo, who was at the arraignment, Isenberg remained silent during her arraignment hearing when asked for a plea, and the judge entered her plea as not guilty in response.

Isenberg was arrested on a murder charge after her husband's death in 2018.

Jail records indicate that Isenberg was arrested at about 5:45 p.m. on Feb. 24. She is being held on a $2 million bond in the Kootenai County Jail, which her public defender did not object to during a court appearance on Feb. 25.

Specific details of the killing, or a narrative, were not made clear at that court appearance, but Isenberg is facing the murder charge under a section of Idaho's murder law that references using poison to kill someone.

A source told KREM in January that a Kootenai County grand jury would meet to consider murder charges against Isenberg in relation to the death of her husband, Larry, in 2018.

"...The defendant, Laurcene Barnes Isenberg, on or about the 13th day of February 2018, in Kootenai County, Idaho, did willfully, unlawfully, and deliberately, with malice aforethought and premeditation kill Larry Isenberg, a human being, to wit: by creating a situation whereby Larry Isenberg was submerged into Lake Coeur d'Alene thereby causing his death," said Kootenai County Magistrate Judge Anna Eckhart on Tuesday.

Isenberg’s case has made headlines in North Idaho and across the Inland Northwest for nearly two years.

Investigators said at the time that Lori told them her husband fell into the water and out of sight. She was not initially considered a suspect.

Larry Isenberg's autopsy ultimately showed no signs of stroke or drowning but did show a lethal amount of Benadryl in his system.

Lori Isenberg told police at the time he had fallen into the water and out of her view at the time, and she wasn't initially seen as a suspect.

Lori Isenberg would later be convicted on embezzlement charges in federal court and police continued to investigate her husband's death.