A source confirmed the grand jury will consider murder charges against Lori Isenberg on the condition of anonymity. 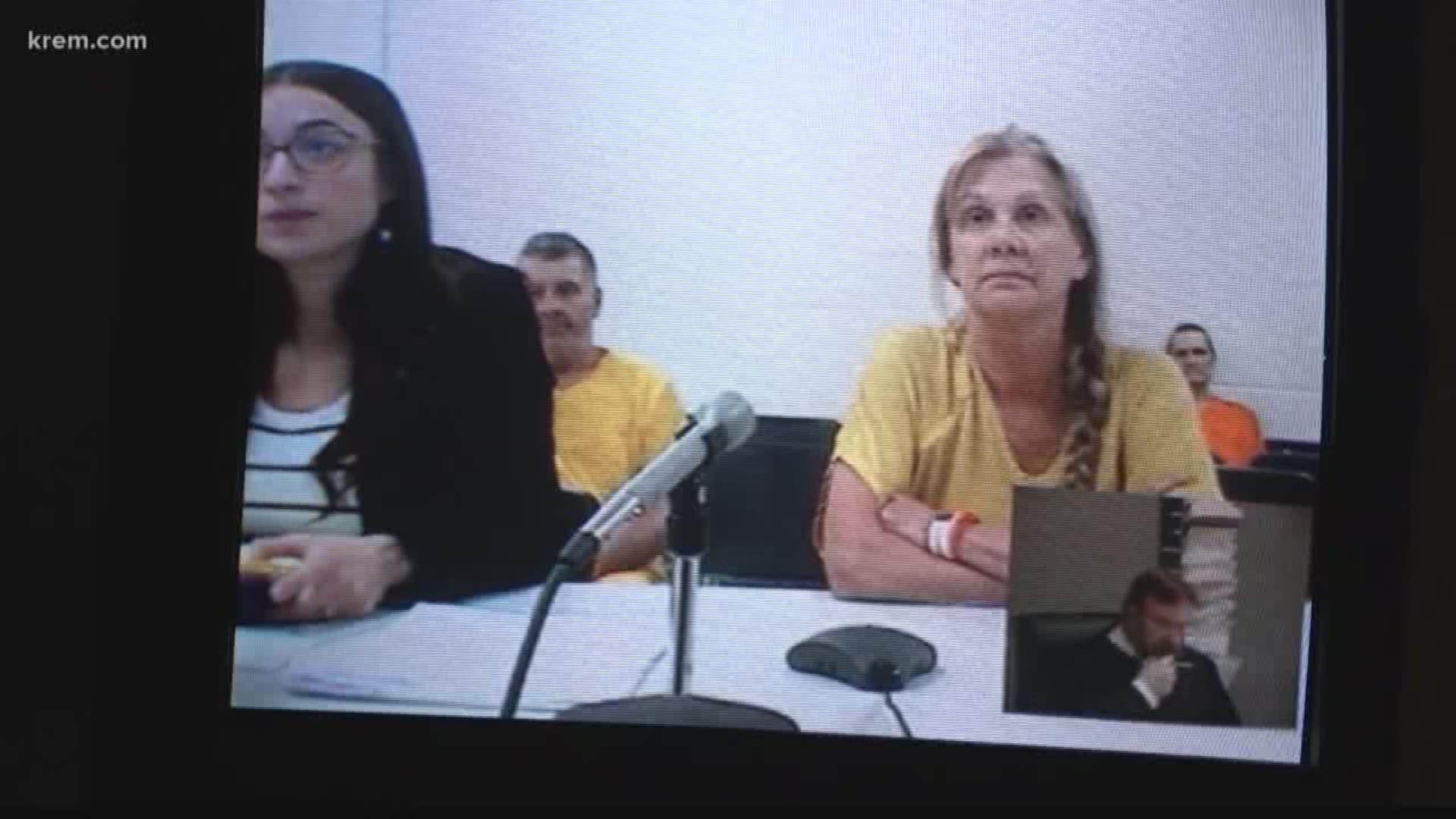 COEUR D'ALENE, Idaho — A source has confirmed to KREM that a Kootenai County grand jury will meet Wednesday to consider murder charges against Lori Isenberg in relation to the death of her husband Larry in 2018.

A source, who had been issued a subpoena and spoke on the condition of anonymity, confirmed with KREM that a grand jury was being convened on Wednesday regarding Larry Isenberg's death. The jury will ultimately make a recommendation to prosecutors regarding murder charges against Lori Isenberg, the source said.

Its a case that's captured headlines in North Idaho and the Inland Northwest for almost two years.

Lori Isenberg was arrested for 40 counts of forgery and a charge of grand theft on Feb. 26, 2018. On March 1, 2018, the body of her husband Larry Isenberg was found in Lake Coeur d'Alene.

RELATED: One of Isenberg's daughters ordered to wear key around neck during probation

Larry Isenberg's autopsy showed no signs of stroke or drowning, but did show a lethal amount of Benadryl in his system.

Lori Isenberg told police at the time he had fell into the water and out of her view at the time, and she wasn't initially seen as a suspect.

Lori Isenberg would later be convicted on embezzlement charges in federal court, and police continued to investigate her husband's death.

But now, police have forwarded the investigation onto the prosecutor's office, and a grand jury will convene on Wednesday to consider murder charges against Isenberg for her husband's death, according to a source.

The grand jury will make a recommendation to prosecutor's on the charges.

A grand jury is convened to consider whether or not it is believed that a prosecutor has enough evidence and a strong enough case to take before a jury in a trial.

Grand juries aren't as common as normal trials and are carried out in secret.

Instead of a judge determining if there's enough evidence to go ahead to a jury trial, the grand jury votes on if the person should face the charges in court.

It's unclear when the grand jury in the Isenberg case will make a decision. In Idaho, 16 people make up a grand jury, with 12 being needed to vote to charge someone.

Both the grand jury and prosecutor can issue subpoenas and compel witnesses to testify, according to University of Idaho Law Professor Samuel Newton.

Newton also said the grand jury doesn't have to consider evidence from the accused side, but the prosecution must disclose substantial evidence that negates guilt to the grand jury.

KREM reached out to the Kootenai County Sheriff's Office regarding the case, but it declined to comment.

The following video is a report on Lori Isenberg being sentenced to 5 years in prison for fraud and theft charges.