What the Gonzaga men's basketball roster could look like next season

Who is staying? Who is going? Who is coming in? The Gonzaga roster will lose some key players going into next season but should still be loaded with talent. 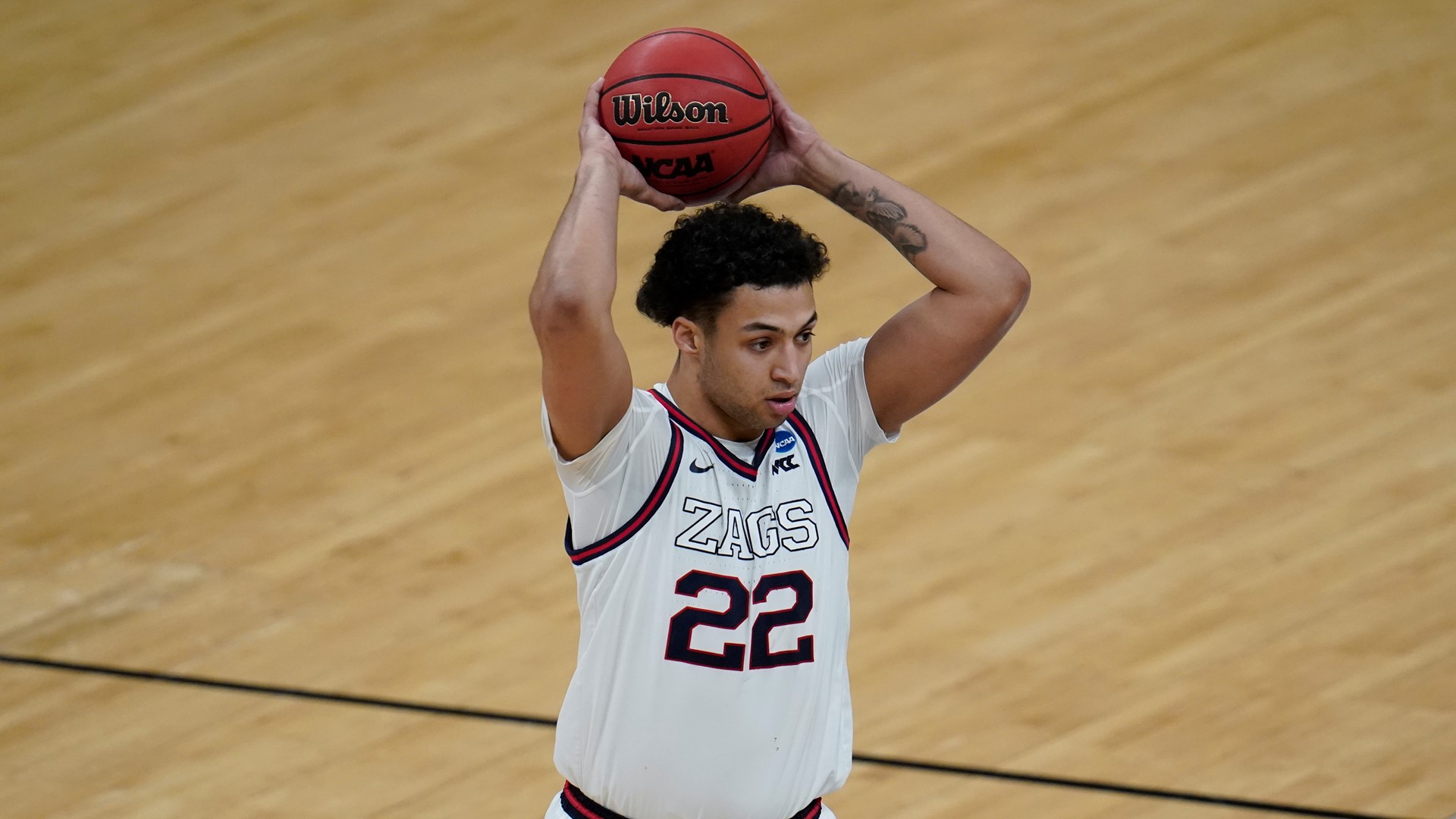 When the final buzzer sounded in the 86-70 loss to Baylor on Monday, it signified the last time the Bulldogs roster would look the same. The question is what it will look like when the Zags return for the 2021-2022 season.

Corey Kispert: The senior will almost certainly leave Gonzaga for this year's NBA Draft. He's a first round pick and some think he could be a lottery pick.

Jalen Suggs: The freshman phenom will be a top three pick in the NBA Draft. There's about a zero percent chance he will return.

Joel Ayayi:  The redshirt junior guard Joel announced on Friday, April 9 that he would forgo his senior season and has declared for the NBA Draft. He averaged 12 points per game on 57.5 percent shooting from the field. Ayayi is projected to go late first round or in the second round on NBA Draft boards.

Drew Timme: The sophomore is a major question mark for Gonzaga. If he returns, he'd be a frontrunner for preseason national player of the year awards. Some NBA Draft boards have him as a second round pick, while others do not. He could benefit from returning and developing his jump shot more to skyrocket his draft stock. Timme is coming off a fantastic performance in the NCAA Tournament, though. He will definitely get a draft evaluation and then can always withdraw his name to return to school.

Andrew Nembhard:  The guard will have a more prominent roll next season. He averaged 9.2 points per game and 4.4 assists per game last season. He consistently was one of the best passers on the team, best in ball screens and a reliable scorer when the offense needed a spark.

Anton Watson: The sophomore will return next year with a bigger role for Gonzaga next season. He started many games, but as the year went on Nembhard took his place in the lineup. Watson was very active on defense and showed he could score inside last season. He will need to do so with more consistency next year to take his next step.

Dominick Harris: The freshman didn't see a lot of playing time last season, but he showed flashes of his potential. The 2020 four star commit showed his ability to explode to the rim taking guys off the dribble and showed at times he can hit his jump shots. He shot 39.1% on his limited three-point attempts, but his overall shooting percentage of 41.8% will need to improve.

Julian Strawther: The other freshman of the 2020 four star recruit also showed flashes of what he can do. He can be a big time scorer for this team. He showed some of his shot making ability in his first year. With more minutes, Strawther will have his chances to begin blossoming to more of the special player he was in high school.

RELATED: 'Everything I do is for her': Gonzaga commit Julian Strawther's late mother impacts him on and off court

Ben Gregg: He didn't play much at all as he joined the team in the middle of the season after graduating high school early. Gregg will start to see more playing time next year and could provide a spark off the bench. His player comparison based on his skills is that of former Bulldogs player Killian Tillie.

The Zags are bringing in plenty of fantastic freshman to reload for next season.

Chet Holmgren, the top ranked recruit in the 2021 class, has committed to Gonzaga. He is the highest ranked commit in program history. Holmgren averaged 20.8 points, 12.6 rebounds, 4.7 blocks and 4.5 assists per game last season.

Five star guard Hunter Sallis, who is ranked No. 13 in ESPN's top 100 recruits for the 2021 class, also committed to Gonzaga.

The Zags are bringing in four star commit forward Kaden Perry, who has drawn player comparisons to Brandon Clarke. Forward Fanbo Zeng, a four star recruit in the 2022 class, will also try to reclassify and play next season.

As far as transfers go, the Bulldogs signed Iowa State guard Rasir Bolton, who led the Cyclones in scoring last season with an average of 15.5 points per game.

PLAYERS WHO COULD TRANSFER

The transfer portal has never seen more players in it than this year.