Sallis is ranked 13 in ESPN's top 100 recruits for the 2021 class. This is Gonzaga's second five star commit in the past two seasons. 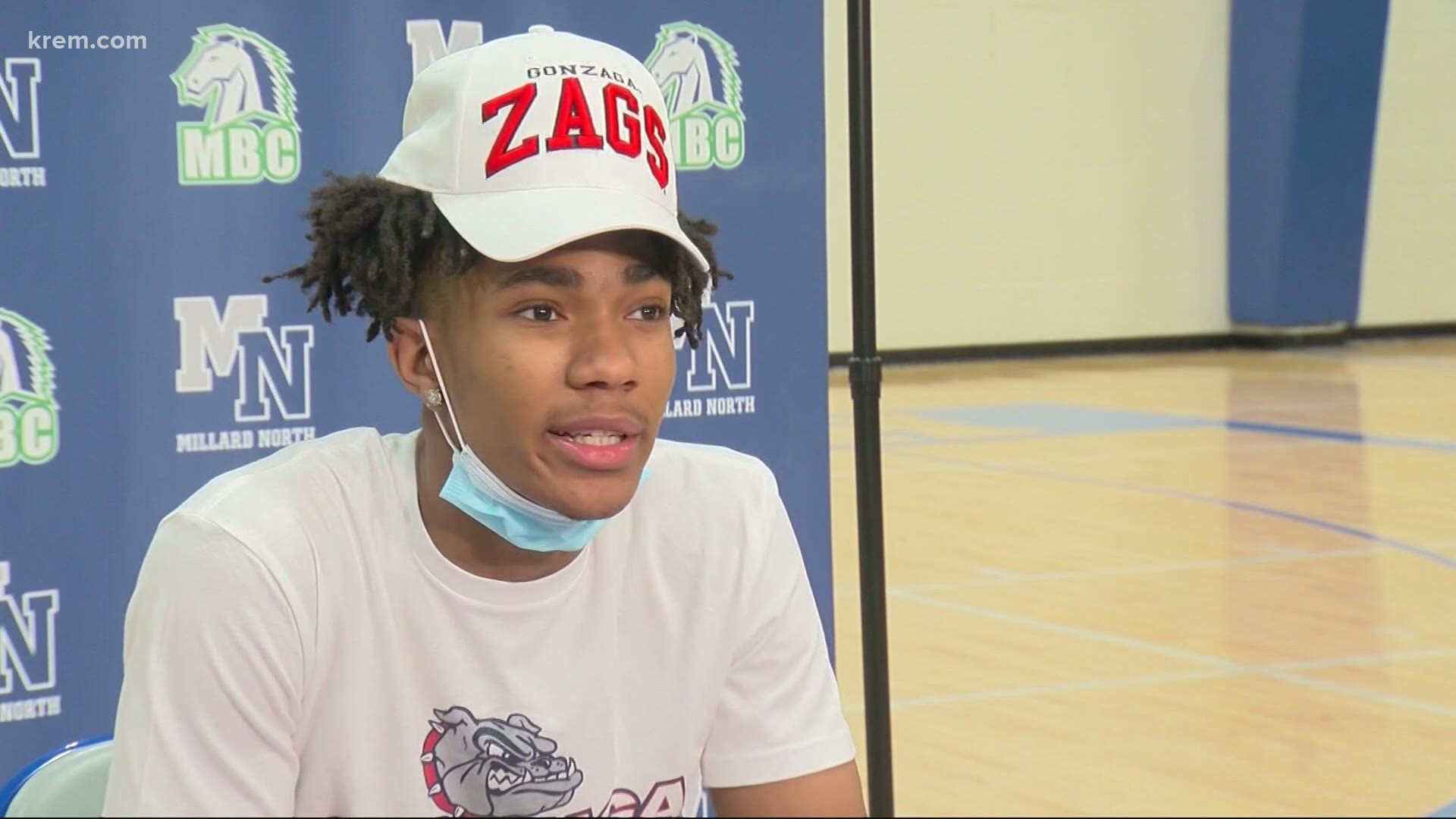 "They've just been having a great season," Sallis said. "I also took an official visit there so it just made sense."

Sallis said the official visit was a big reason he chose Gonzaga, as he didn't get to visit many other schools due to the coronavirus pandemic.

He also noted that he clicks well with the coaching staff.

Sallis is scouted as a player with great passing ability and high basketball IQ who can create his own shot. He is a 6-foot-5 lengthy player too.

The coaching staff has told him what he can expect for playing time in his freshman season.

"They've told me the spot is there I just have to go get it," Sallis said. "They haven't guaranteed me anything. I know when I get there I'll have to work if I want to play a lot."

This just Gonzaga's second ever ESPN rated five star recruit to commit to the school. The other time was in the class of 2020, when guard Jalen Suggs chose Gonzaga.

Suggs and the Bulldogs play in the Sweet 16 this Sunday against Creighton at 11:10 a.m. on KREM.