The team continues to keep themselves busy with activities and if you're Joel Ayayi, a prank or two. 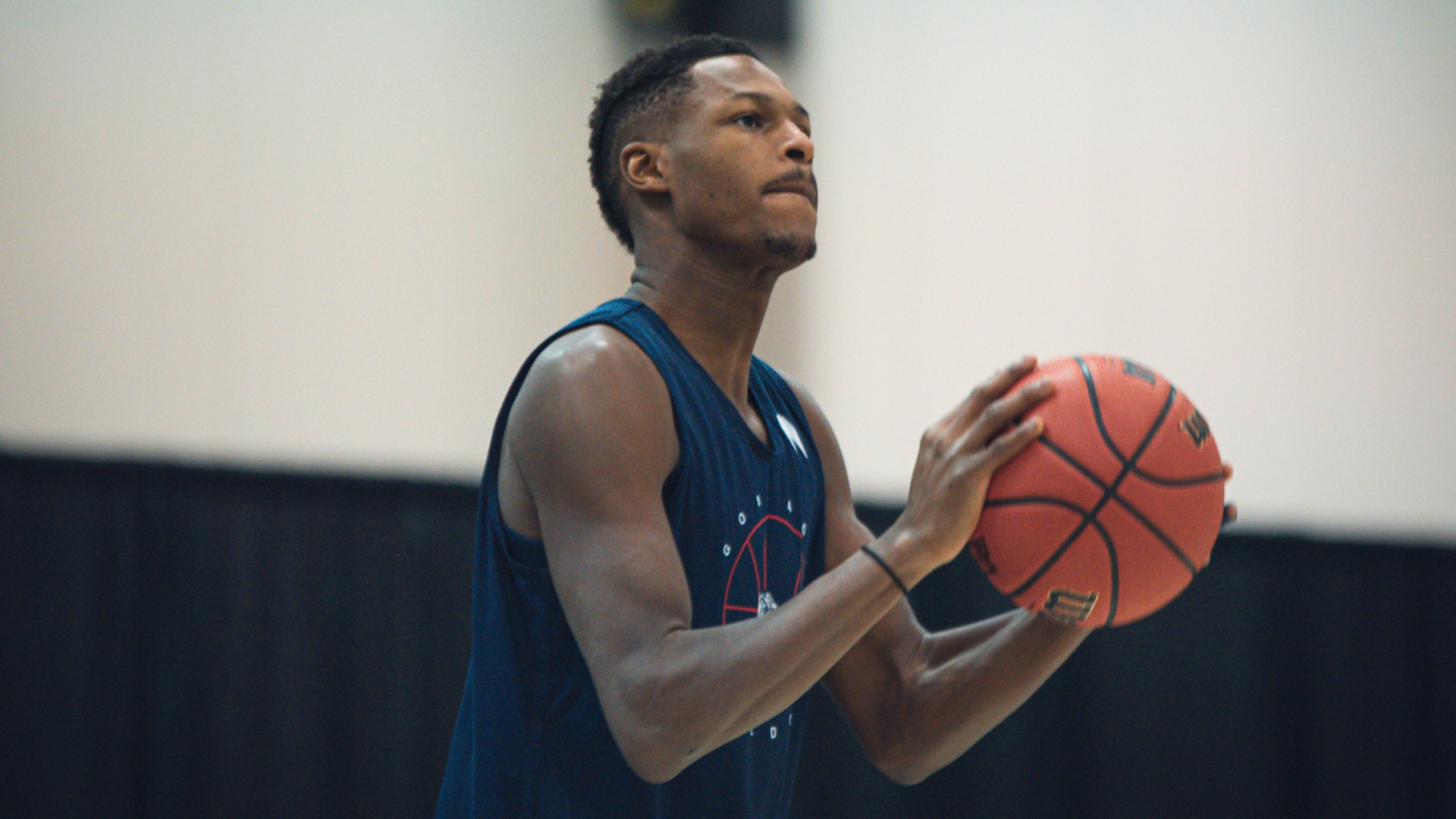 INDIANAPOLIS — Normally during the NCAA Tournament, teams travel back to campus in between rounds.

That’s obviously not happening this year, so that leads to a lot of downtime in the bubble. For Gonzaga Head Coach Mark Few, that apparently means using his downtime to go a little too hard.

"Our staff, at least me and couple of members, were able to go out and enjoy some of this Indiana sunshine yesterday. It was awesome to be outside on a 70 degree day, and I’m feeling it today. I got a bit overzealous with my work out. I wasn’t quite ready for that," Few said with a chuckle.

The team has also visited the Indianapolis Zoo over the last few days and went to Top Golf on Wednesday.

Zags take on the Zoo 🦒 pic.twitter.com/C4j7Wnk80X

That, of course, prompted the question of who performed the best and who did not.

"Corey was at the top. I know that Pavel, Martynas, Aaron, Oumar were kind of down there at the bottom. I know Will's got a great swing. Matt's got a great swing too. I have a decent swing. I got better. I was so bad that I made progress," Joel Ayayi said.

The downtime also has led to some silliness. Ayayi is the team prankster and has kept it simple thus far, but he’s open to more elaborate suggestions.

"I just hide behind walls and try to scare people. I think I’ve got a couple of guys already. I just knock on doors and run. Kind of childish but it always works. I just tap your back on one side and you better turn on the right side because otherwise I got you, I guess. That would be the top three pranks I did as of now. I’m taking any ideas though," he said.

There is still a game on Sunday, though. Mark Few had high praise for the Creighton Bluejays on Thursday.

"They’re an absolute elite, I mean elite, offensive team year in and year out. Greg’s brilliant with his offensive schemes. They have tremendous skill and now they have some real athleticism rolling to the rim and they’re experienced," Few said.

He wants to remind fans of one thing headed into the match up: