'Everything I do is for her': Gonzaga commit Julian Strawther's late mother impacts him on and off court

Strawther's mother passed away from breast cancer when Julian was just 9 years old. 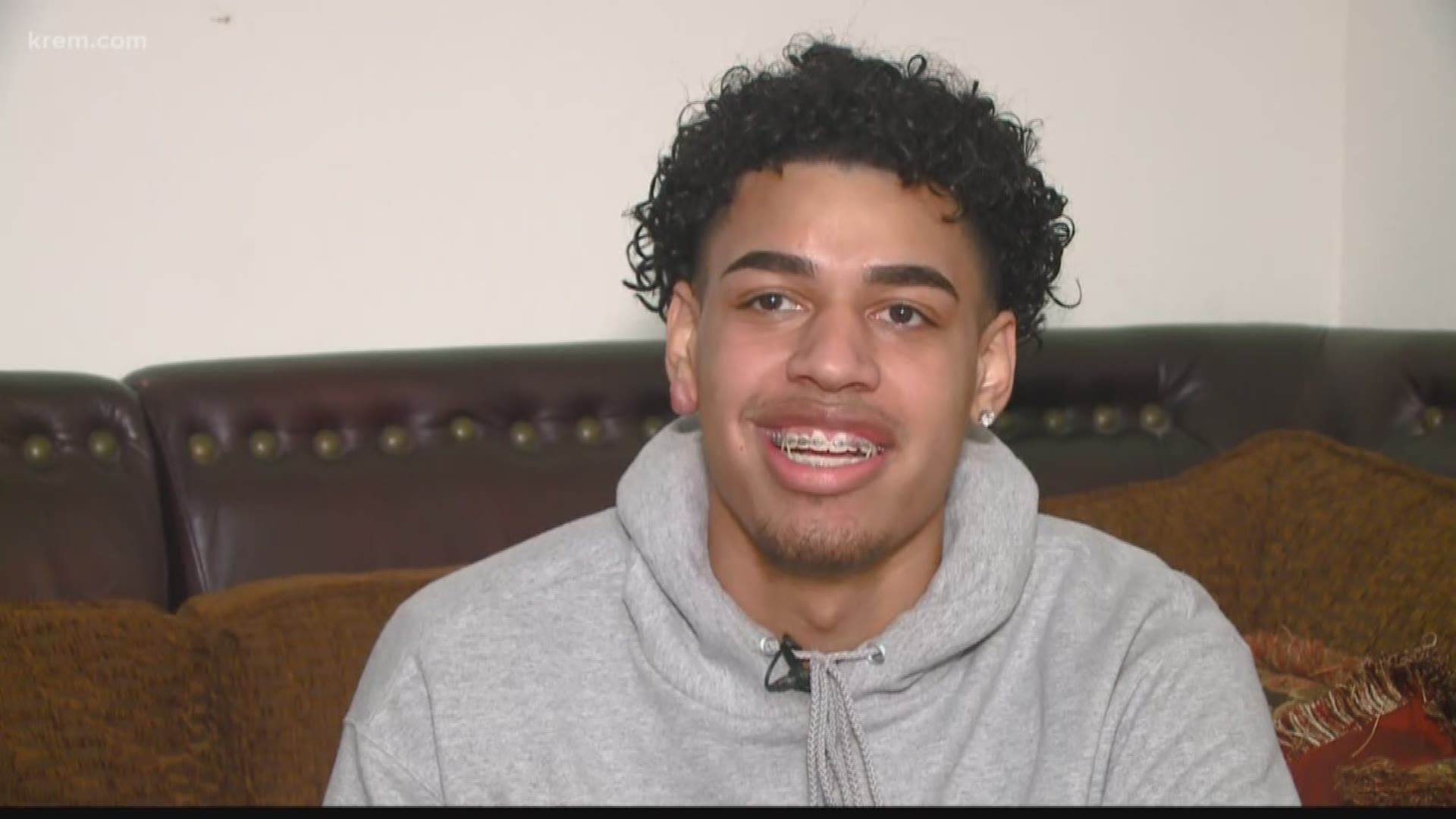 LAS VEGAS — It's not just the present version of Gonzaga's men's basketball team that is in Las Vegas this week.

The future also resides there in Gonzaga commit Julian Strawther.

"After that visit, I think he had already made up his mind. That was it," said Julian's father, Lee, about the first time Julian came to Gonzaga.

"I talk about it everyday. I'm so excited to finally go up there," Julian said. "The day's finally coming. It's a couple months away."

The senior's stock has risen dramatically this year, and it's no surprise considering he averaged 31.5 points and 11 rebounds per game this past season.

"You can just tell he loves the sport and it makes him happy. He goes out there, and he puts his all in to it," said his oldest sister, Paige.

A huge key to his growth this year came this past summer when Julian played for Puerto Rico's junior national team.

"I went out there and had some of the most amazing memories I'll ever have as a basketball player," Julian said. "Just to be able to play in a World Cup is one of the most prestigious events that I could play at at 17 years old. To go out there and play as good as I did was just an amazing experience."

There's another reason why it was an amazing experience though.

"I know that my mom, she would've been so happy," Paige said.

Julian's mother, Lourdes, or as many knew her as Cookie, was the life of the party.

Unfortunately that party was cut way too short.

At 48, she passed away from breast cancer when Julian was just 9 years old.

"It hurt because I was always a mama's boy growing up," Julian said. "It hurt me, but I knew that she wouldn't want us to be sad for her and feel bad and be around here pouting all the time. She wants us to go out there and do it for her, so that's what I do day in and day out."

Some days on the court, Julian also leans on her.

"Sometimes I'll be like, 'Mom, I need something. My jumper's not falling today. Give me something please because I need it.' She's always there for me."

"I know she's been watching this whole time and very, very proud. We feel her presence with us all the time. We miss her of course, but we know she's with us," Lee added.

A dream that he confided in her at a young age and a dream he's lived for her every day since.

RELATED: 'Our only goal next year is a national championship': Catching up with Gonzaga's Tricky Trio