Jimmy Kimmel insisted during March Madness in 2019 that Gonzaga did not exist, claiming that he did not know anyone who went to the university. 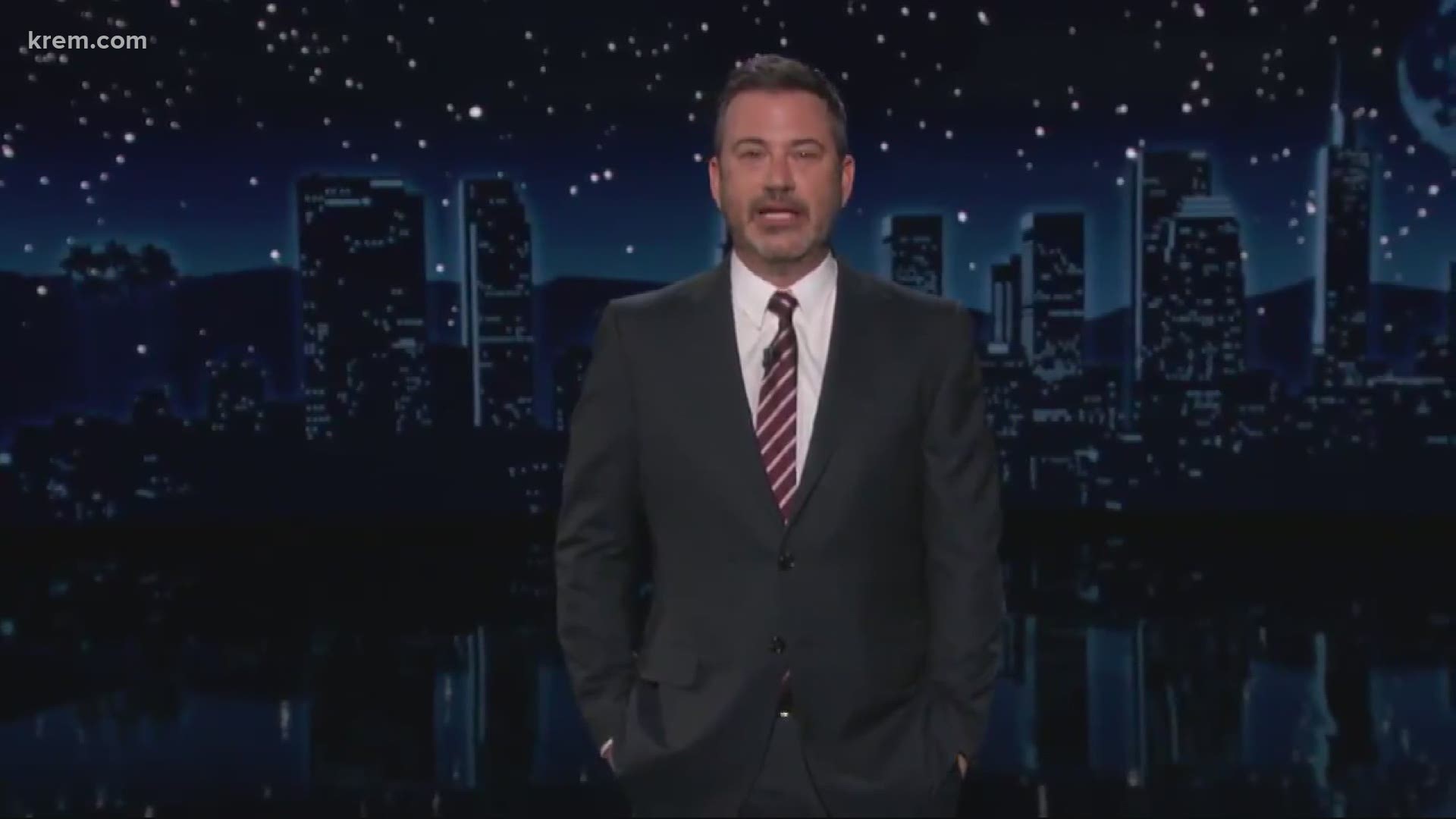 SPOKANE, Wash. — We thought late-night TV host Jimmy Kimmel had put his not-so-serious feud with Gonzaga University aside but, as it turns out, that's not the case.

The host of "Jimmy Kimmel Live!" insisted during March Madness in 2019 that Gonzaga did not exist, claiming that he did not know anyone who went to the university and it was simply a Canadian plot to bust college basketball brackets. His many monologues on the subject sparked hashtags on social media, including "#Conzaga" and the rebuttal "#GonzagaExists." He even sent his beloved sidekick Guillermo to do an investigation into the school during media days before the Sweet 16.

In his most recent jab at the school, Kimmel said during his show on Wednesday that #11 UCLA would face off against the "fictional school known as Gonzaga" in the Final Four. He said the men's basketball team is undefeated "because you can't beat something that doesn't exist."

"For the last few years, I've been challenging the world to show me proof, any kind of proof, that Gonzaga exists outside of this basketball team that they put together to make people think there's a university in Spokane," Kimmel said.

Many people have challenged Kimmel to visit Spokane and see the university for himself over the past several years but "that's not happening," he said on Wednesday. He jokingly said Gonzaga would use the visit as an opportunity to kill and silence him.

Visit Spokane offered a clever response of its own on Twitter, with the organization saying it would be happy to show Kimmel that #GonzagaExists.

"Let us help you channel the Koolaid Man and break through this wall you've built. We promise we won't leave you in a field or bury you with the elusive Palouse Earthworm," Visit Spokane wrote in the tweet.

Oh, @JimmyKimmelLive, we'll be happy to show you #GonzagaExists. Let us help you channel the Koolaid Man and break through this wall you've built. We promise we won't leave you in a field or bury you with the elusive Palouse Earthworm. #GoZags #VisitSpokane #MarchMadness https://t.co/XJx21PSfOb

Despite the beef between the Zags and Kimmel, he did congratulate the university during the school's virtual graduation ceremony in September 2020 —  sort of.

"I want to congratulate the class of 2020 at... Gonzaga university?" Kimmel said in his message. "There's no Gonzaga University! Who did this?!"

"If there are indeed students who think they are enrolled in this 'university' congratulations I guess," he added. "To me, it's a hoax."

Kimmel did acknowledge this time around that actor and musician Bing Crosby attended Gonzaga. But that didn't prove the school's existence to Kimmel since "no famous people" other than Crosby went to the university, he said.