Find updates here on a handful of wildfires burning in Washington state. 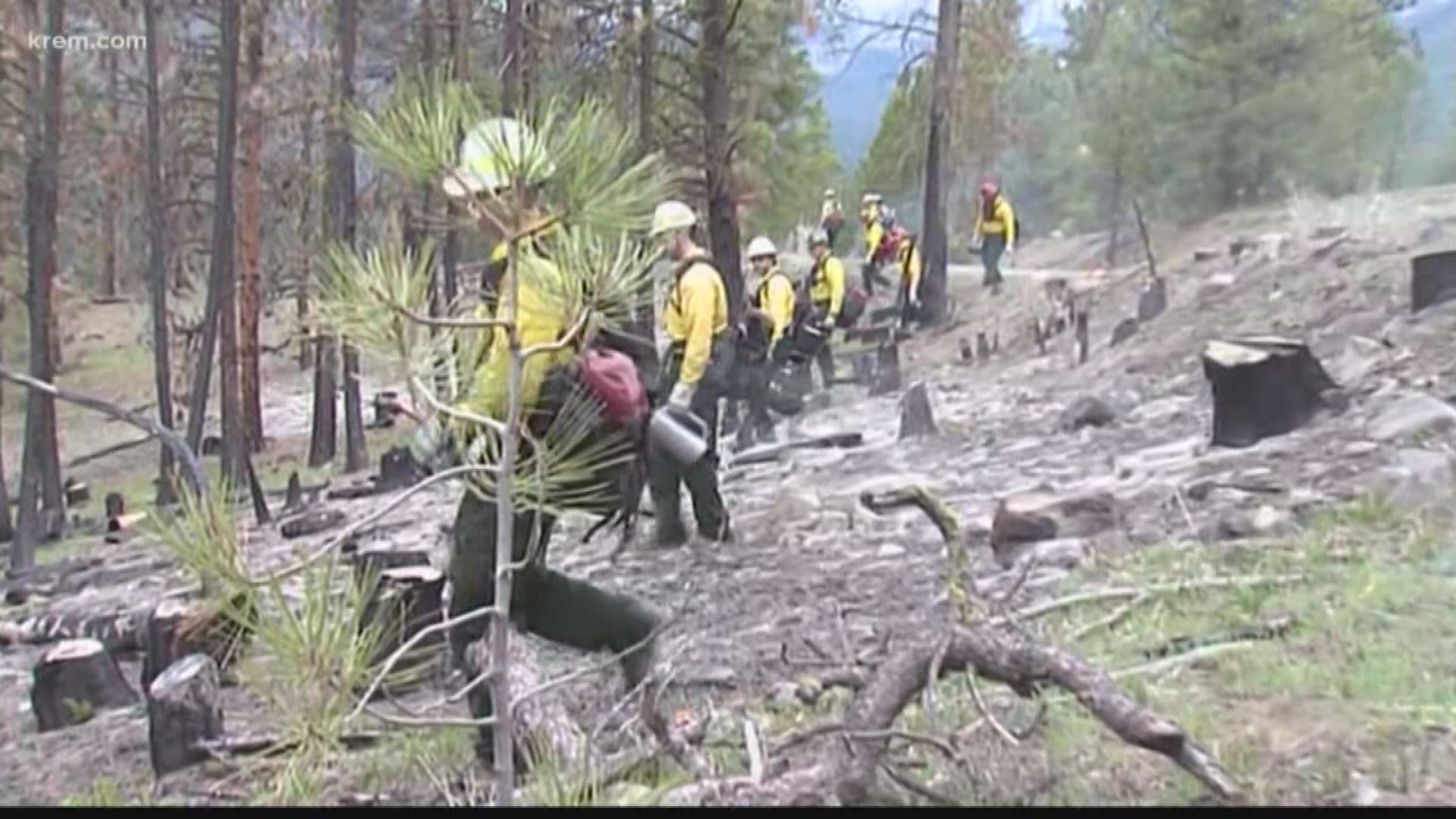 In past years, the Department of Natural Resources has fought as many as 900 wildfires in a season, with 70% of those in Eastern Washington.

Currently, there are a handful of active fires burning in Washington. Check for updates on the status of those fires below.

As of Saturday morning, the Blue Lake One Fire is 90% contained at 79 acres.

Fire crews will be back on the line patrolling the perimeter of the fire and cleaning up remaining litter and equipment.

Northeast Washington Interagency Incident Management Team 2 will assume command of the fire on Friday. There have been no evacuation order issued as of Friday morning.

Crews from the Okanogan County Fire Department are responding, along with crews from the Department of National Resources and other firefighters that were originally assigned to the fire. One helicopter was used to support fire suppression efforts.

The Coulee Meadows Fire is 100% contained as of Saturday evening. Level 1 Evacuations were lifted. However, the Southeast Washington Interagency team asks the public to avoid driving in the area to reduce traffic on the highways and not to enter the fire area.

This fire started around 8 p.m. on Thursday near Ephrata, Washington, in Douglas County. It has burned approximately 794 acres.

FIRE UPDATE 11:55PM: Firefigters are still engaged in the #Couleemeadowsfire which is now over 200 acres. We are assisting Douglas County Firefighters & BLM Oregon & Washington hold the fire south at Olson RD. The fire has burned from Moses Coulee RD and is pushing west. This fire is showing active fire behavior even at night. Difficult terrain is hampering efforts. Grant County Fire District #5 is responding with their dozer to assist. While this fire is visible from the community of Rimrock it is not currently threatened. Residents should be aware of the fire and follow Douglas County Sheriff's Office - Washington for any evacuations notices if fire conditions change. Video is from efforts tonight. BLM will have more resources including air assets in the morning.

The Anglin Fire is now 90% contained after burning a total of 1,992 acres just east of Tonasket. All evacuations were lifted for areas surrounding the Anglin Fire according to Okanogan County Emergency Management's advisory map.

All power has been restored to the area according to a release from the Washington State Patrol.

The fire started on the afternoon of Monday, July 27, and quickly spread due to high temperatures, winds and low relative humidity.

Firefighters from Okanogan County, Washington State Department of Natural Resources and numerous federal, state and local agencies responded to the fire, according to the release.

The Green Fire in Okanogan County is now 90% contained. All evacuations are lifted.

The fire is approximately 1,480 acres according to a press release from the Washington State Patrol.

The cause of that fire is still under investigation.

Residents should expect to see smoke from that fire over the next several days. Firefighters are continuing to monitor the area.

The Colockum fire in Chelan County is now 80% contained and Level 3 evacuations have been lifted.

Level 2 evacuations now in place for for Kingsbury, Jumpoff and Colockum Roads in Chelan County.

On Monday, July 27 SWIIMT says Team 2 took control of the fire at 7:00 a.m. on Saturday with 80% of the fire contained that burned approximately 3,337 acres.