All evacuations have been lifted for the Bartholomew fire. The blaze is now 100% contained. 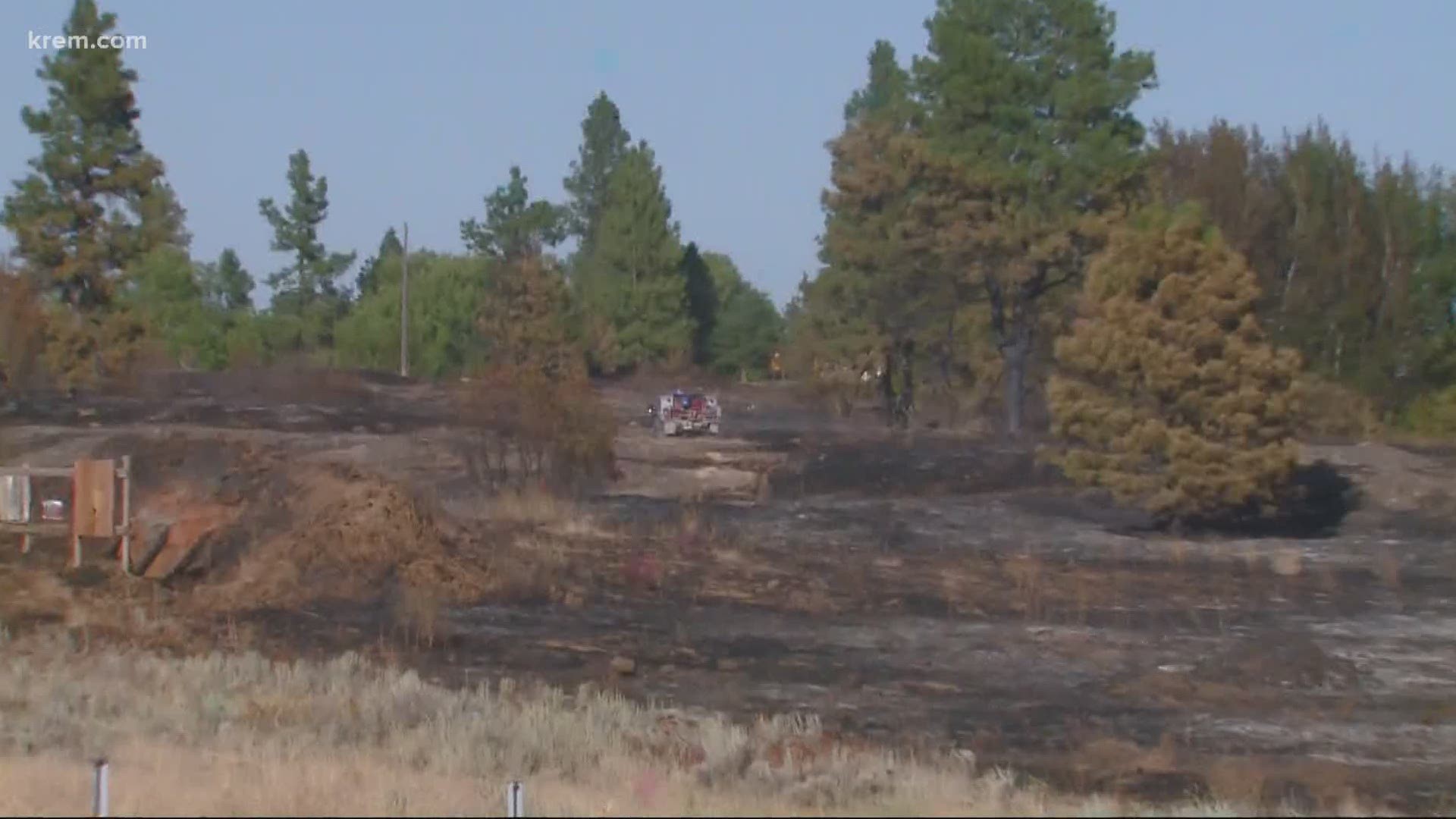 SPOKANE, Wash. — Containment of the Bartholomew Fire in Medical Lake is at 100% as of Saturday morning, according to the Northeast Washington Interagency Incident Management Team (NWIIMT).

All evacuations related to the Bartholomew fire have been lifted.

The fire burned approximately 200 acres since it began burning near Bartholomew Road and Highway 902 on Thursday afternoon. DNR officials said the cause is unknown. The fire burned 50 acres on Fairchild Air Force Base, according to DNR.

Fire crews will demobilize Sunday, and fire crews from the Washington State Department of Natural Resources will take over fire management, according to NWIIMT.

One home and three outbuildings have been lost in the fire, according to Guy Gifford with DNR.

Thursday night, crews started mopping up the perimeter and provided structure protection for homes in the area, Gifford said. On Friday, crews will be securing the fire perimeter by reinforcing control lines and mopping up 100 feet around the perimeter of the fire.

Air and ground resources are fighting the blaze, including four fire bosses, a helicopters, three large air tankers, and more than 13 fire engines with more than 50 firefighters, Gifford said. Crews from Fairchild Air Force Base are assisting. State fire assistance has also been mobilized.

Gifford said on Thursday that winds might make fighting the fire more difficult, as it could lead to embers causing spot fires.

"Spot fires or embers can travel hundreds of feet, hundreds of yards to even miles," Gifford said. 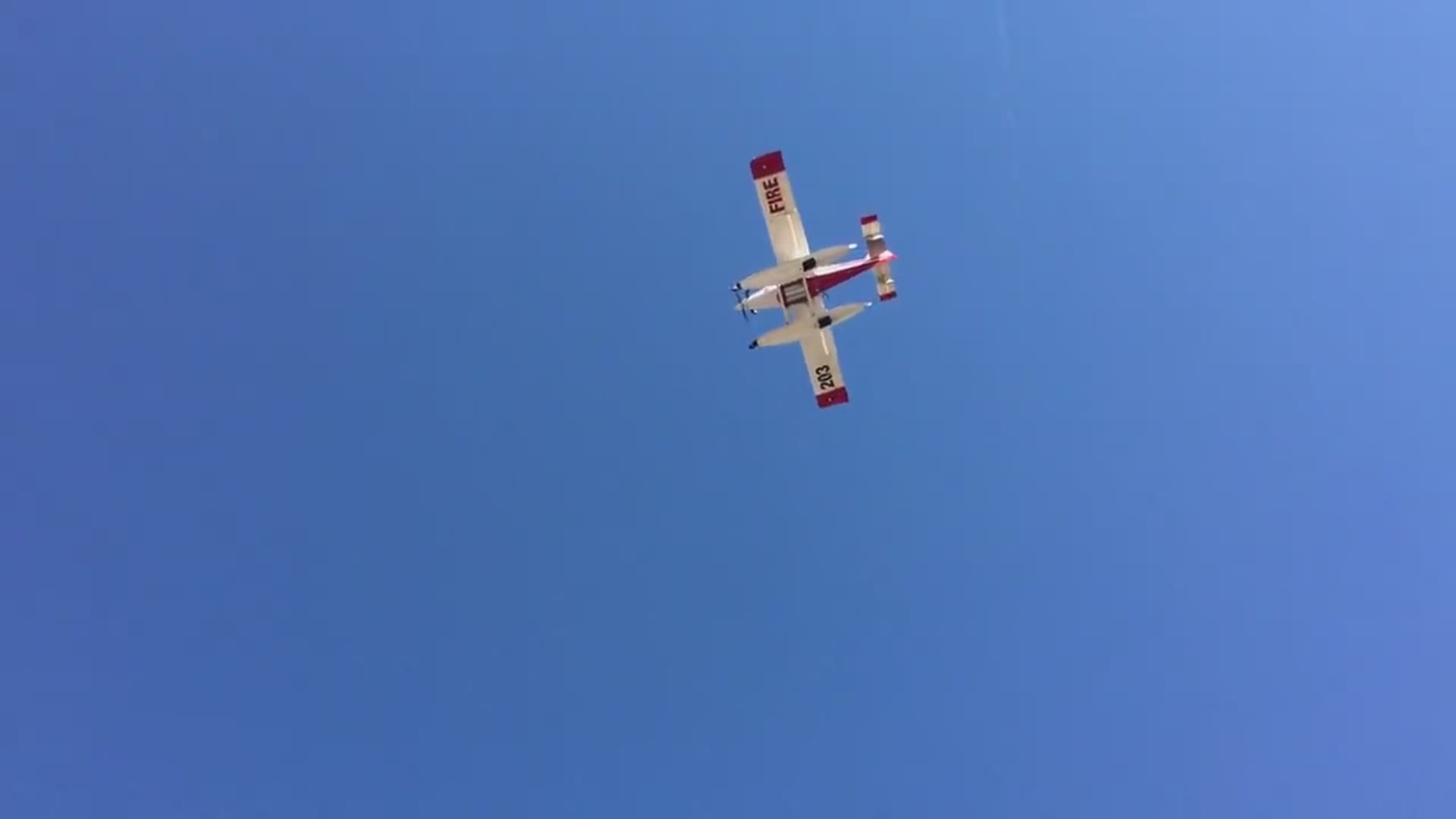 Sgt. Travis Edwards said the fire breached the south side of Fairchild Air Force Base's Survival School. This led to evacuations for those in the area around the school, but the part of the fire that reached the base was fully contained as of Thursday night.

Smoke from the fire was visible from 57th Avenue and Regal Street in the Moran Prairie area on Thursday, according to Fire District 8. A KREM viewer also reported seeing the smoke from Spokane's South Hill.

KREM viewer Cameron Rasmussen sent the video below from the Fox Ridge neighborhood in Medical Lake.