The Heaton Road Fire in Spangle is burning 320 acres of wheat and timber, according to the Department of Natural Resources. 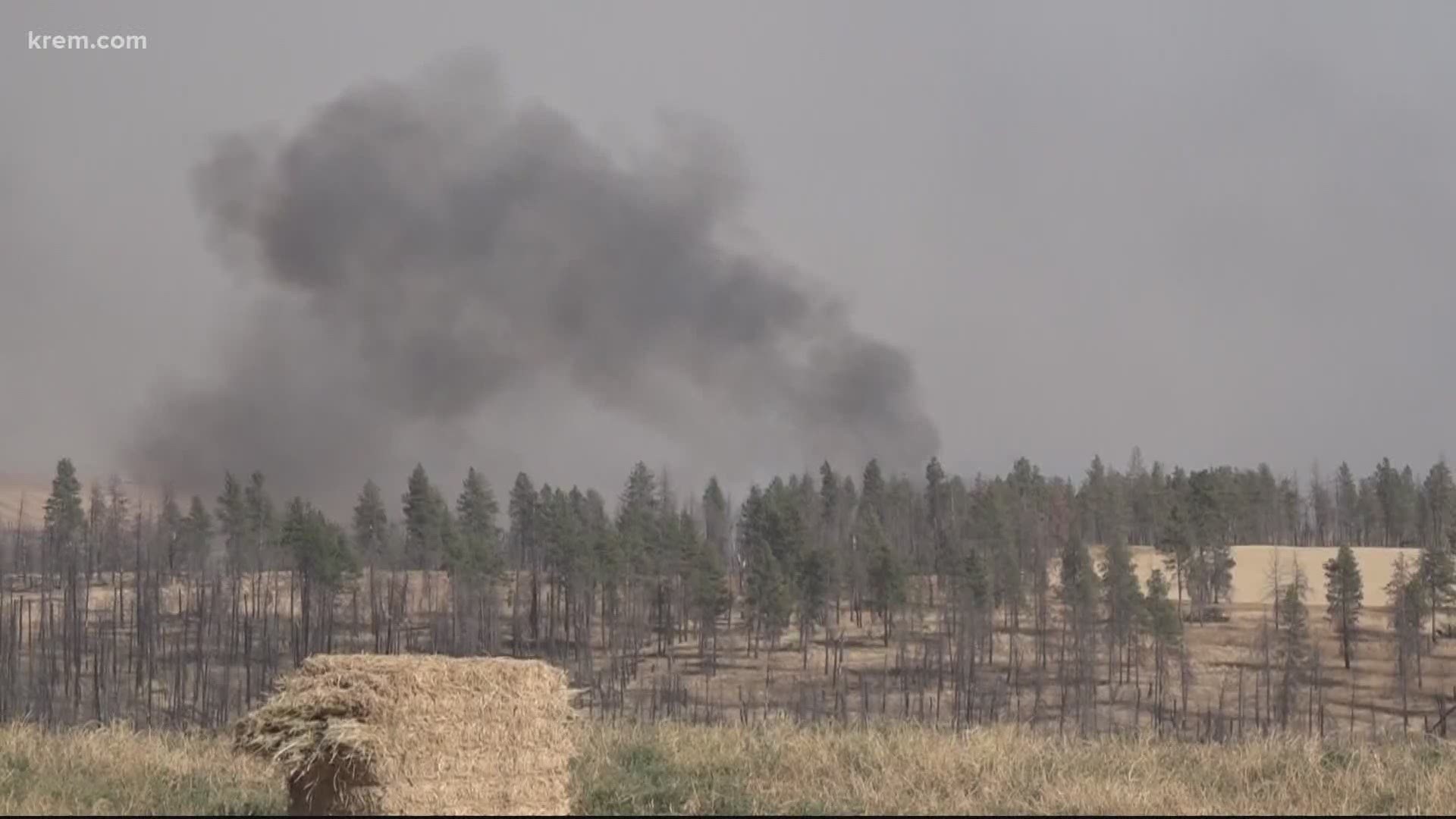 SPOKANE COUNTY, Wash. — A wildfire in Spangle is burning 320 acres of wheat and timber, according to  the Washington Department of Natural Resources.

The Heaton Road Fire began burning at about 3 p.m. on Wednesday, Sept. 2. As of Thursday morning, it is 0% contained.

DNR officials said an unknown number of structures are threatened. Spokane County Fire District 3 has notified residents between Latah Creek and Valley Chapel Road, northeast of Kentuck Trails Road, to be prepared to leave, according to the Spokane Regional Emergency Communications Center.

For a few hours Wednesday afternoon, Level 3 evacuations (meaning leave immediately) were in place for about six homes. At about 8 p.m. those were reduced to Level 2 (meaning be prepared to leave at a moment's notice).

Guy Gifford with DNR said the fire is burning in lighter fuel, making it easier for crews to put it out. Windy conditions and dead wood from a previous fire in 2016, the Yale Road fire, created challenges for firefighters. But the previous fire also meant less available fuel for this one.

Fire retardant is being used and several helicopters and small fire boss airplanes are on scene, as well as an air tanker.