The fire has destroyed one home and several outbuildings. 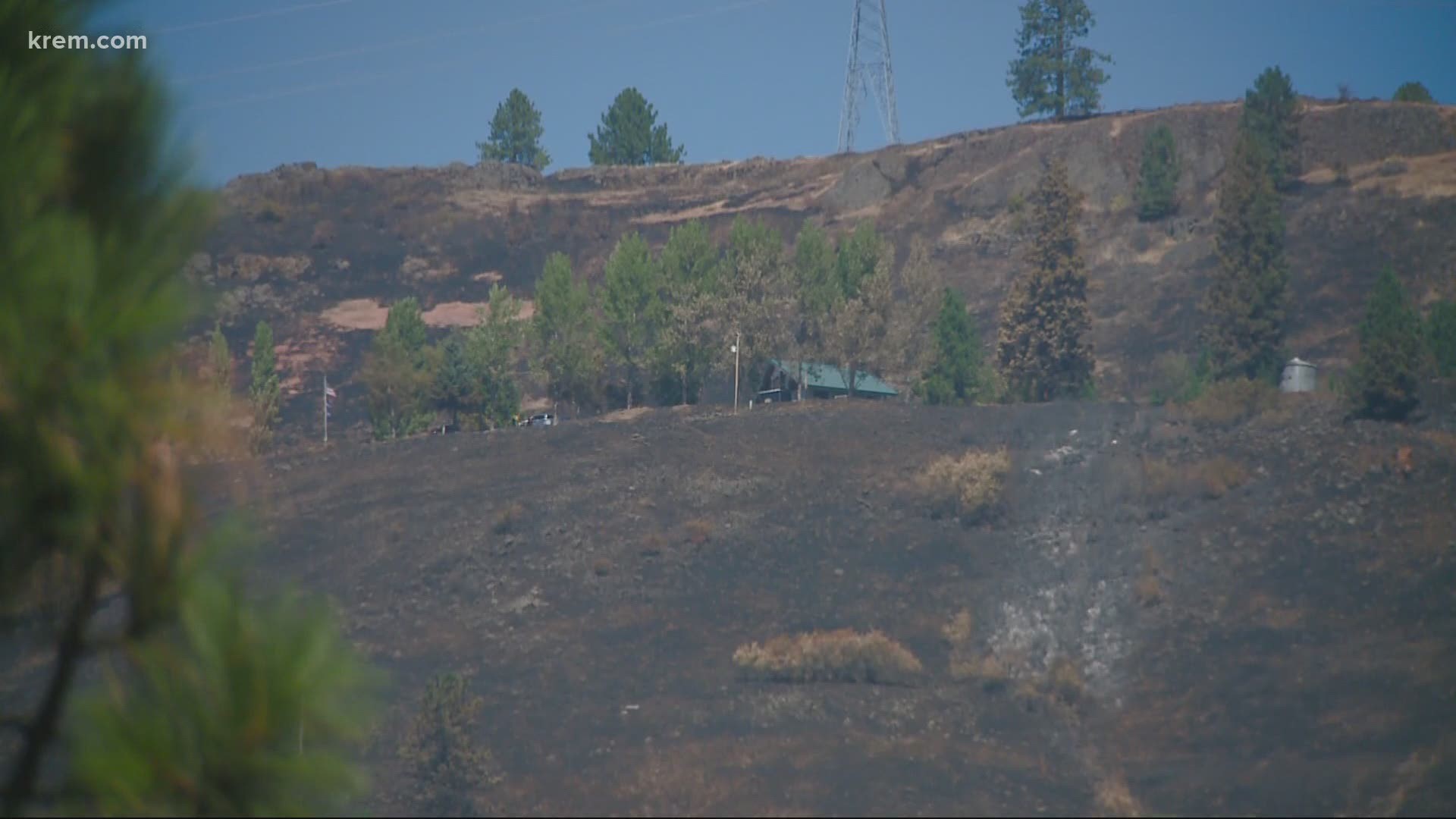 It's being called the Whitetail Loop Fire. It started Sunday, Aug. 30 at 4 p.m. As of Friday, it was 499 acres and 60% contained. The fire has destroyed one home and several outbuildings.

Some residents lost power due to the fire but has since been restored. IDL reports that a nearby marina and boat launch are still open.

Weather will be a deciding factor in the coming day, accord to IDL officials. Winds are expected to gust at 21 mph on Wednesday. IDL leaders said crews made great progress on Tuesday and there is a line around the entire fire.

The only evacuations still in place are on Summit View Road. The Old Ahsahka Grade is still closed to the public at the Viewpoint Road on the bottom and at Turkey Run Road on the top. All other roads in the area are open but caution is advised as fire crews are still working in the area and roads are narrow.

Rebecca Kerschbaum lives near the fire and watched it creep closer to her property.

She said the fire got to less than a mile away from her home and that's when she decided to start packing.

"That I'm about to lose my house," Kerschbaum said. "That this might be the time that I lose my house. Because when you live here, you know there's always that possibility. And many people have lost their homes to these kind of fires."

She said if it weren't for the fire crews and the aircraft, she's certain she would have lost her home.

"Because when you live here, you know there's always that possibility," Kerschbaum said. "And many people have lost their homes to these kind of fires. What's running through your mind is 'This may be it. This may be the time my house goes.'"

A Type 3 Incident Management Team is now in place and more resources have been ordered.

For evacuation information call the Clearwater County Sheriff’s Office at 208-476-4521.

Clearwater-Potlatch Timber Protective Association, the Idaho Department of Lands (IDL), and rural fire crews are battling the blaze. Crews are working on narrow roads and steep terrain, according to the IDL.