The state Board of Health approved a preliminary investigation into Administrator Amelia Clark's actions following the firing of Spokane County's health officer. 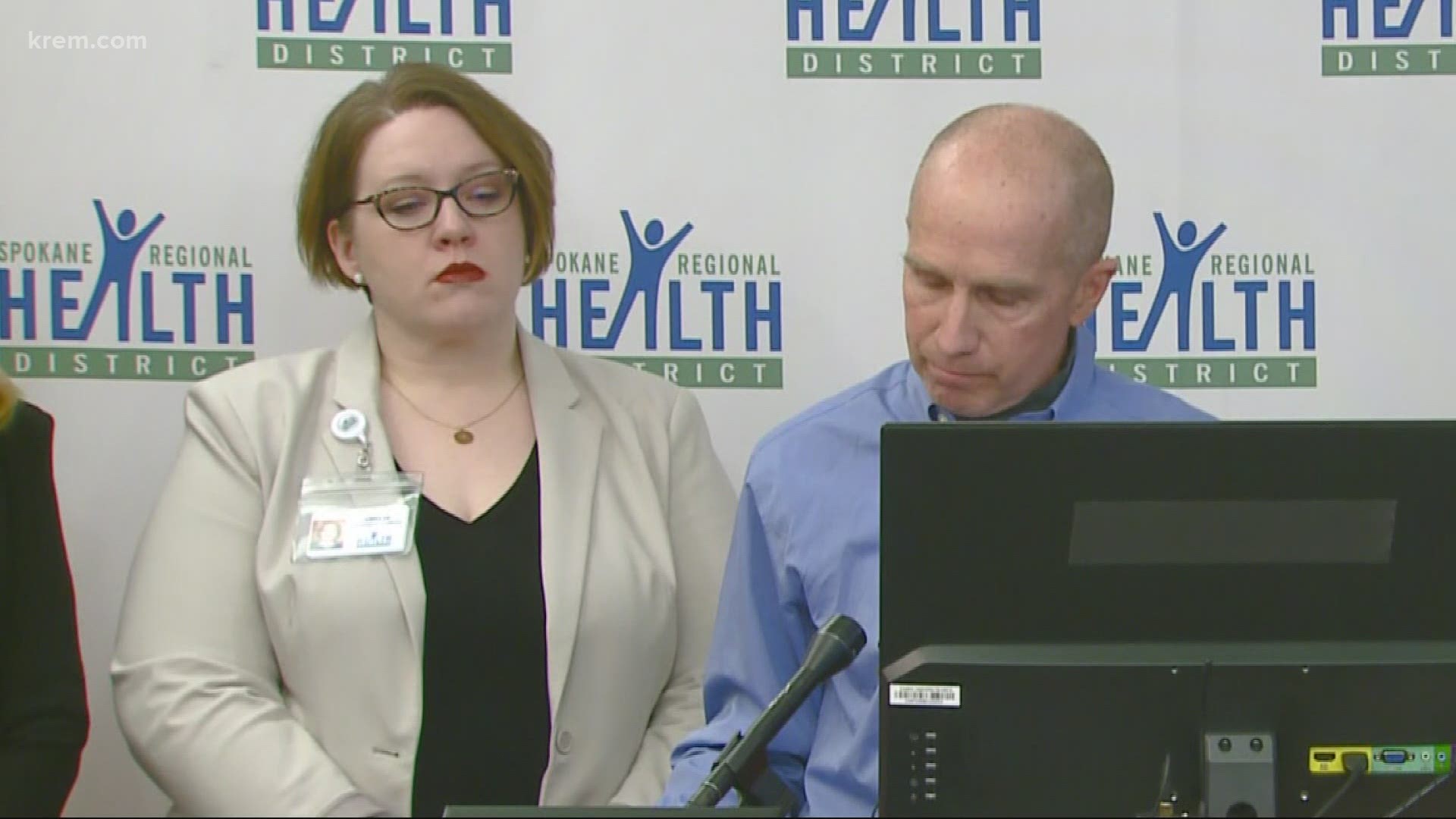 SPOKANE COUNTY, Wash. — Following the firing of Dr. Bob Lutz from his role as Spokane County's health officer, the Washington State Board of Health voted unanimously on Monday to approve a preliminary investigation into the local health district's administrator.

Dr. Lutz currently serves on the state Board of Health.

The Spokane County Board of Health then voted 8-4 in favor of terminating Lutz at a special meeting on Thursday, Nov. 5.

At least four complaints against the Spokane Regional Health District and Clark were submitted to the state Board of Health by former Spokane City Council President Ben Stuckart, SRHD employees and volunteers, medical experts and Spokane-area residents.

The complaints asked the state Board of Health investigate Clark, alleging that she violated state law in her firing of Lutz. Some asked that the state board reinstate Dr. Lutz as health officer but members clarified on Monday that they are unable to do this.

The state Board of Health approved a preliminary investigation into Clark's actions regarding the firing of Dr. Lutz, and will begin looking into the logistics of hiring an independent investigator in the interest of objectivity.

"I think that for the community, it's important to get our best sense of transparency here in terms of what really happened," said board member and Washington Secretary of Health John Wiesman.

"I just think that the voices of the community and the concern there warrants that we do the right thing and elevate the concerns as well," said board member Vazaskia Crockrell. "We've all looked through the materials, and there's some concerns with the timeline."

Multiple members also expressed concern about the structure of local health districts and the extent to which politics can weigh on public health decision making.

"I am very concerned at the pressures that administrators, that health officers might receive from communities, from elected officials to whom they report," said Wiesman.

However, it was decided such concerns would not be in the purview of this investigation.

KREM livestreamed the meeting on YouTube and provided live updates that are available below.

3:27 p.m.: Washington State Board of Health unanimously approves a preliminary investigation into Clark's actions. Board members will look into the logistics of hiring an independent investigator.

3:15 p.m.: Secretary of Health John Wiesman suggests that the Board of Health hire an outside agency to conduct a preliminary investigation in the interest of objectivity.

3:13 p.m.: Secretary Wiesman said he supports a preliminary investigation into the matter and will vote in favor of it.

3:08 p.m.: Secretary Wiesman says it is "distressing" and "concerning" that two professionals are challenged as they are during the pandemic when they should be focused on combatting coronavirus.

"I am very concerned about the pressures that administrators, that health officers, might receive from communities, from elected officials, to whom they report in terms of trying to...ask folks to make decisions that aren't necessarily in the best interest of science and that balancing of public policy," he said.

3:07 p.m.: A motion was made and seconded to declare that an investigation is warranted and direct state Board of Health staff to conduct a preliminary investigation.

3:05 p.m.: One board member acknowledges that there may be additional complaints submitted about Clark that they have not been able to review.

3:02 p.m.: Secretary of Health John Wiesman said he does need to recuse himself from the situation but acknowledged that he knows both parties. He added that he has had conversations with Clark where she indicated "concerns."

3 p.m.: The state Board of Health does not have the authority to reinstate Dr. Lutz, but could investigate Clark and remove her as administrator if necessary, one board member said.

2:59 p.m.: One board member questioned if they should still consider the complaint now that the Spokane County Board of Health did hold a public meeting where members voted to terminate Dr. Lutz.

2:54 p.m.: A member of the Washington State Board of Health read a letter from attorney Michelle Fossum, who serves as legal counsel for the Spokane Regional Health District. In the letter, Fossum wrote that Clark told Lutz to resign or she would recommend his termination to the board. Clark took SRHD property from Lutz and placed him on paid administrative leave, Fossum added.

Tap here to watch video of the meeting