An ethicist who volunteers with the Spokane Regional Health District has also lodged a complaint with the Washington State Board of Health. 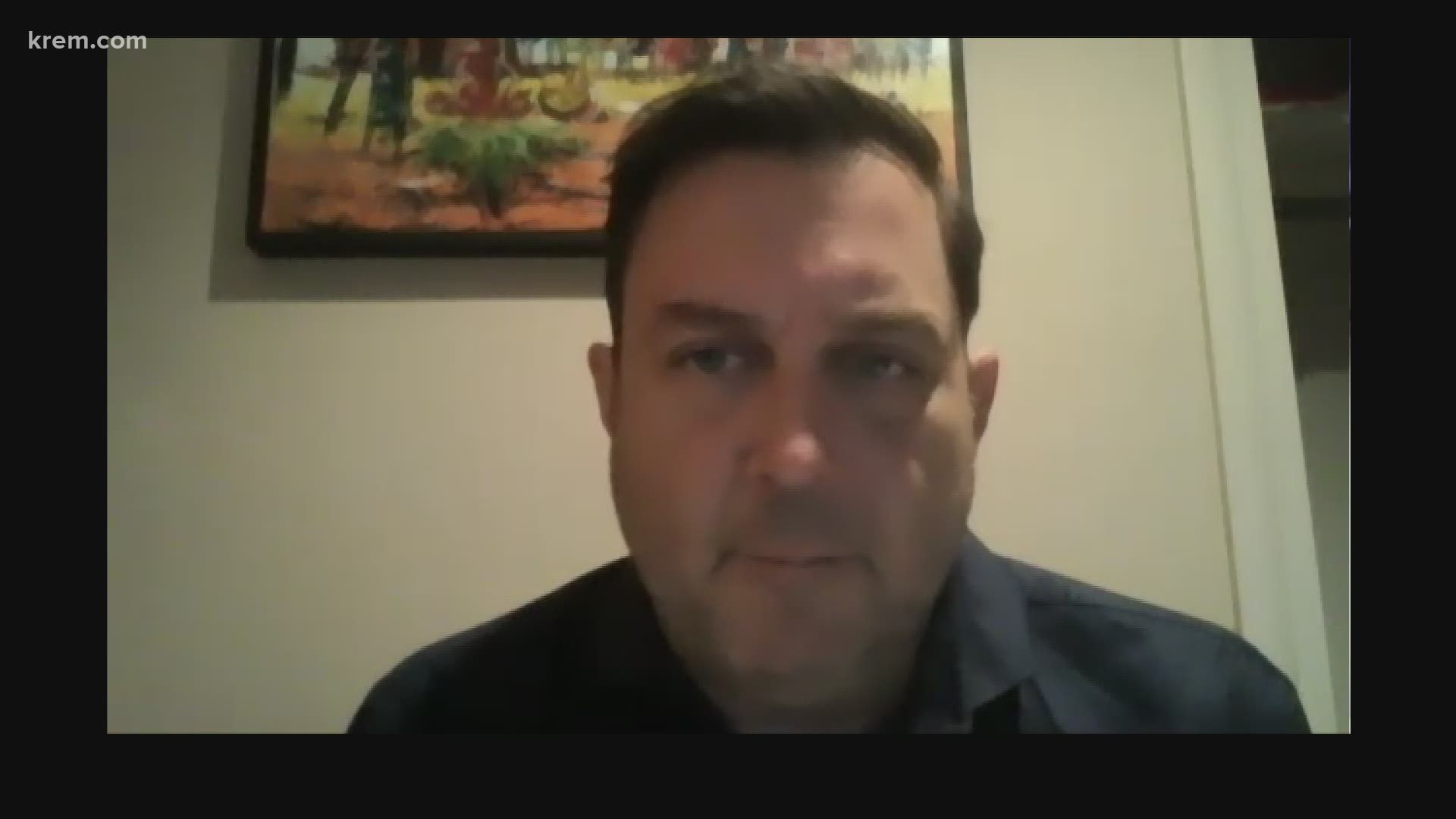 SPOKANE, Wash. — Former Spokane City Council President Ben Stuckart is one of many people filing a formal complaint with the Washington State Board of Health after the firing of Dr. Bob Lutz from his role as health officer.

Dr. Lutz currently serves on the state Board of Health.

The Spokane County Board of Health voted 8-4 to terminate Dr. Lutz at a special meeting on Thursday, Nov. 5. This came just one week after Amelia Clark, administrative officer with the Spokane Regional Health District, fired the former health officer.

In an email obtained by KREM through a records request, current Spokane City Council President and Board of Health Member Breean Beggs expressed concerns about the board making a decision on Lutz’s employment during an executive session. He said it would “likely be illegal” under Washington state’s Open Public Meetings Act.

The board also left the meeting with the “understanding that there would be progressive discipline via written communication based on the advice of legal counsel,” Beggs wrote in the email. Clark said during the meeting on Thursday that she did not provide Dr. Lutz with a corrective action plan before firing him.

Stuckart voiced concerns similar to those of Beggs in an interview with KREM's Ian Smay on Friday.

"My initial reaction was they violated the Open Public Meetings Act. I served on 25 different boards over the last 14 years here in Spokane. And I understand public boards pretty well and what the rules are, and you can't go into executive session and make a decision," Stuckart said.

In an email to the state Board of Health, Stuckart wrote that he is filing a formal complaint and requesting an investigation. He said Clark's decision to fire Lutz is a violation of a state law that reads, in part, "the local health officer shall not be removed until after notice is given, and an opportunity for a hearing before the board or official responsible for his or her appointment under this section as to the reason for his or her removal."

Stuckart said he would like the state to look at the local health board's makeup since the majority of its members do not have a public health background.

RELATED: Who is on the Spokane Board of Health and how did they get there?

"And so you end up with a Board of Health that's making these decisions that affect all of our health in our community, just made up of elected officials. And I think you should have officials that actually have backgrounds in public health," he said.

Maria Howard, an applied ethicist who volunteers on the SRHD Ethics Committee, is also lodging a formal complaint against Clark and the Board of Health. An email sent to the state by Howard and three other academics requests a "preliminary investigation and hearing on Administrator Clark’s and the Spokane Board of Health’s actions."

Howard told KREM's Ian Smay on Friday that she has also filed a second complaint on behalf of 163 academic in the region, alleging that Clark violated state law.

"My hope is that the State Board of Health will intervene to put Dr. Lutz back into his position. I mean, that's that's my ultimate hope," she said. "I don't know if that will happen. But even if he can just serve in that role until they are able to identify another qualified applicant, that would be great."

The complaints from Stuckart, Howard and others are listed on the state Board of Health's meeting agenda for Monday, Nov. 9.