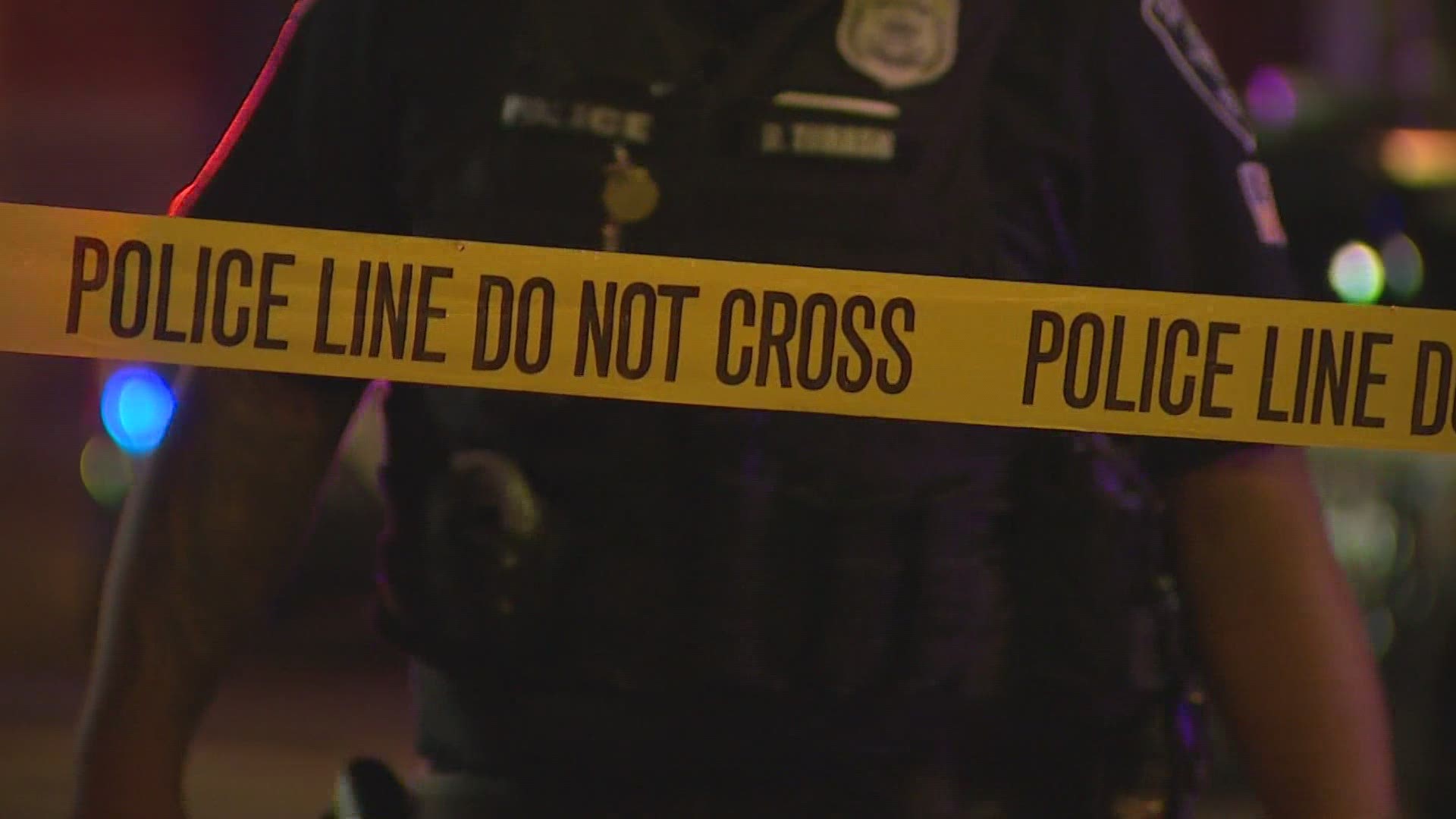 SEATTLE — Four people were killed, and six others were wounded in a series of unrelated shootings across Seattle on Sunday.

Seattle police said the first shooting occurred just before 2 a.m. in the Belltown neighborhood during a fight.

A bar employee called 911 for a fight. The fight moved into the street and a parking lot. As police arrived and started to break the fight up, shots were fired. An adult male with gunshot wounds died at the scene.

Two people were arrested and booked into King County Jail for their suspected involvement in the shooting. One suspect faces a second-degree murder charge and is being held on $2 million bail. The second suspect is facing a gross misdemeanor for allegedly aiming and discharging a weapon.

Then, around 2:30 a.m., multiple people near Occidental Square reported a shooting.

Officers found multiple shooting scenes and two male victims. One died at the scene, and the other was taken to Harborview Medical Center in critical condition.

Three other victims from the area were taken to nearby hospitals in personal vehicles before officers or medics arrived. One of those was later taken to Harborview, where he died.

An hour later, at 3:29 a.m., an adult female with a gunshot wound to the stomach arrived at a Bellevue hospital. She said she had been shot in Seattle near 12th Avenue South and South Main Street around 1:40 a.m.

Several gunshots were reported at Cal Anderson Park around 4:40 a.m. Shortly after the reports, a man with a gunshot wound arrived at Harborview in a rideshare vehicle. The victim said he was shot in the park after a basketball game.

The final shooting occurred in the Lake City neighborhood just after 10 p.m. According to police, several people called 911 and reported hearing shots fired near an apartment on the 12700 block of 33rd Avenue Northeast.

The security guard helped first responders get to the victim, and Seattle police and Seattle Fire Department Medics attempted life-saving measures, but the man died at the scene.

Another victim was hit by the gunfire, but police said they didn’t need to be taken to the hospital.

Seattle Mayor Jenny Durkan and Police Chief Adrian Diaz responded to the shootings, while pointing to the more than $10 million announced last week that will be spent on resources for violence prevention and a regional pilot program to address the rise in gun violence.

“While gun violence existed before the pandemic, we are seeing a nationwide increase of violent crimes across nearly every city in America including Seattle and our region. As people were coming back to enjoy Seattle’s nightlife, Seattle saw one its worst mornings of violence with four separate and unrelated incidents that escalated into gunfire. Moms lost their sons, friends lost loved ones, and five individuals were injured. And yet again, it is communities of color who are disproportionately impacted by this national epidemic,” Durkan said. “Tackling gun violence has no easy solutions. This level of gun violence in Seattle and our country cannot become our new normal, which is why we are moving forward with a multi-prong strategy in our region to take guns off the street, invest in community led solutions, create a comprehensive support system for young people at risk of gun violence, and appropriately hold individuals accountable for acts of violence. I also want to thank the officers and first responders who quickly responded to secure the separate scenes and provide aid – nearly every officer in our city responded to these incidents while continuing urgent 911 calls.”

Diaz said while the city has seen a rise in gun violence, the city continues to lose officers to other cities.

“We continue to see a rise in Seattle’s deadly gun violence, and the Seattle Police Department has worked to address this violence while the number of SPD officers available to respond to these crimes is steadily decreasing,” said Diaz. “This isn't just a staffing crisis. We have a public safety crisis. People armed with guns are preying on our communities and every shooting victim is one victim too many. Families are losing loved-ones and their trauma is real. However, lessening the devastation that is happening on our streets and in our homes is not something the SPD can do alone. We need everyone to encourage their friends and family members to put down their weapons and find ways other than violence to resolve their issues. This is something we all need to do together.”

During a news conference Monday, Diaz said Seattle is experiencing the highest number of shots fired in recent history. Compared to last year, there has been a more than 40% increased in shots fired, and drive-by shootings are up 100%, according to Diaz.

“Make no mistake. This is a gun violence crisis,” Diaz said.

Early Sunday shootings in Belltown, Pioneer Square, and the Chinatown-International District left 3 dead and 4 injured. As Chief Diaz recorded this update, officers were responding to an additional shooting at Cal Anderson with multiple victims. More information to come on all. pic.twitter.com/2j0uS3aSy4

Detectives are investigating all the incidents and ask anyone with information to call the Violent Crimes Tip Line at 206-233-5000.