The proposal includes a new response program for some 911 calls and an expansion of the Community Service Officer program. 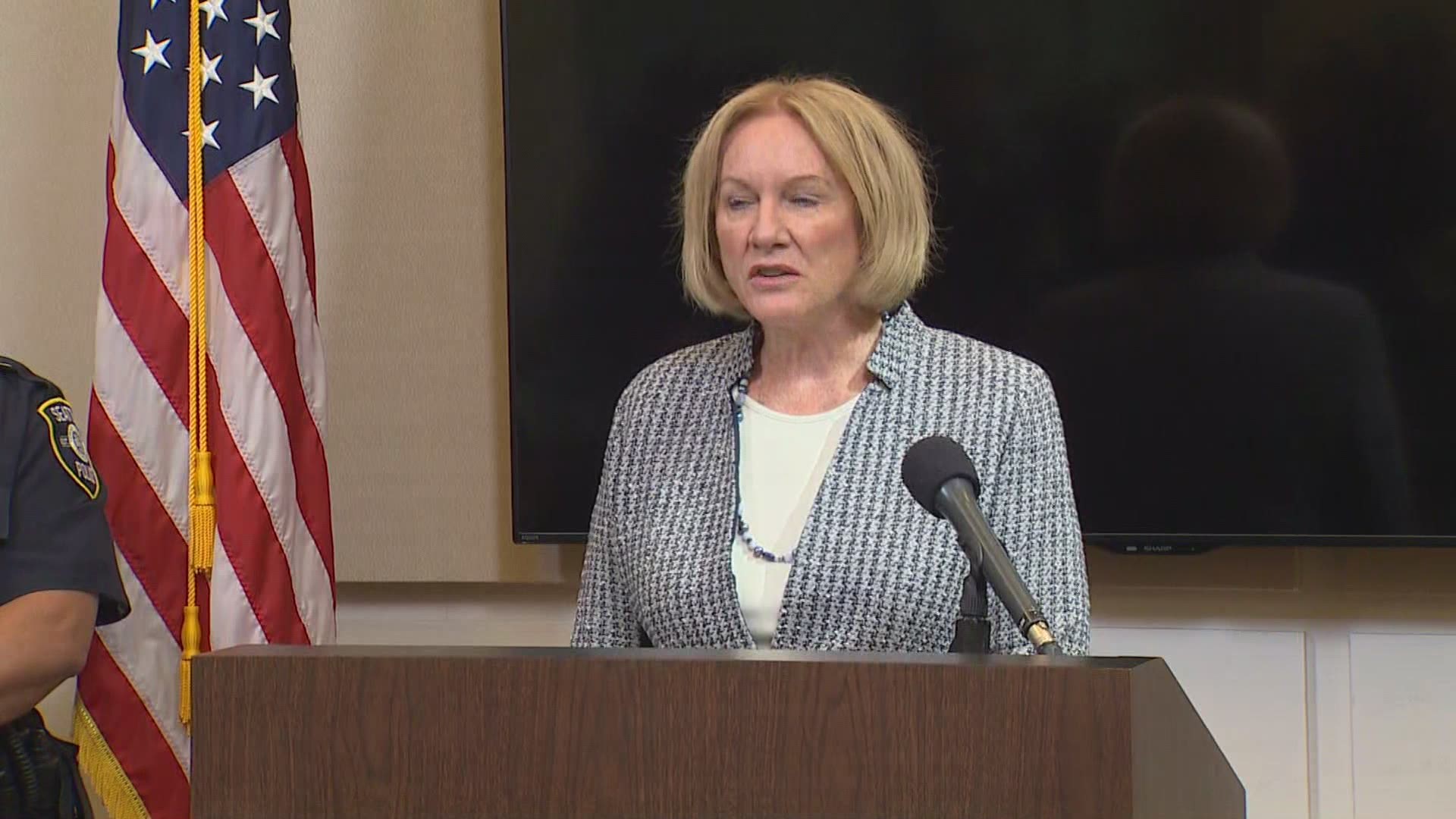 SEATTLE — Seattle Mayor Jenny Durkan announced her proposal for a new emergency response team in the city’s ongoing efforts to reimagine the role of police in public safety.

The city said the idea for this team is based on data from 911 calls and come in light of the current hiring challenges the Seattle Police Department (SPD) is facing.

According to the proposal, the Triage One team will operate similarly to Seattle Fire Department's HealthOne as it works to fill gaps in the 911 system and become an extension of the dispatch operation.

The team will respond to 911 calls like welfare checks and medical crises that are clearly non-life threatening and non-criminal in order to find out what kinds of services are required to best serve the community.

"We‘ve learned that we need a specialized triage response model to respond to some of these non-emergent calls and free up the time of officers," Durkan said.

The proposed team will be staffed by individuals who are experts in de-escalation, with knowledge navigating the city's support and emergency response system and who have deep connections to the community.

Councilmember Lisa Herbold, chair of the Public Safety and Human Services Committee, said Friday that the analysis on the city's 911 calls shows that the proposed Triage One system will be able to respond to about 8,000 calls a year.

Diaz was present to announce the expansion of the SPD's Community Service Officer Program and voice his support for the new Triage One proposal.

"A majority of the time when SPD responds, we still need to call another entity to respond, and almost all these calls are not related to any criminal activity," Diaz said. "With Triage One responding to these calls, and to these crises and welfare checks, more SPD officers in our already diminished department will be freed up to respond to crime."

The announcement comes just a day after Durkan announced a $2 million investment in the King County Regional Peacekeepers Collective program in an effort to curb the steep rise in gun violence that’s being seen in the city and across the entire Puget Sound region.

Today @MayorJenny announced the @CityofSeattle will invest $2 million in the King County Regional Peacekeepers Collective program to address the steep rise in gun violence. I look forward to their collaboration as we advance community-led solutions to this public health crisis. pic.twitter.com/gmH8AYmaCB

Following last year’s unrest over the murder of George Floyd and other Black Americans at the hands of police officers, there has been a push to reimagine how police operate in the city of Seattle.

In addition to cuts in funding, the Seattle City Council also voted to move the 911 dispatch out from under SPD’s control to a civilian-led center still under development.

At the state level, some controversial changes were made to certain laws by the Legislature in an effort to limit the use of force by officers. The changes included a ban on "military equipment" among police officers, as well as restricted no-knock warrants, police pursuits and neck restraints.

The changes caused concern among many law enforcement agencies in Washington and led them to tell communities they could see an increase in crime since officers were confused about how to enforce existing laws with the new rules.

However, Diaz responded to the changes in a letter of his own which explained that many of the changes at the state level were already in place for SPD officers.

“I am reassured that the work of the Mayor’s Office, SPD, and so many others over the course of the past year has well-positioned community and social service partners to meet the complex needs of our society that have so often been left, by default, to the police,” his letter reads, in part.  “I look forward to continuing to work with city, community, public health, and public safety partners in making Seattle a more equitable and safe city for all.”