Two moose watching I-90 traffic close to the Appleway exit near Liberty Lake caused quite a stir on Friday morning. 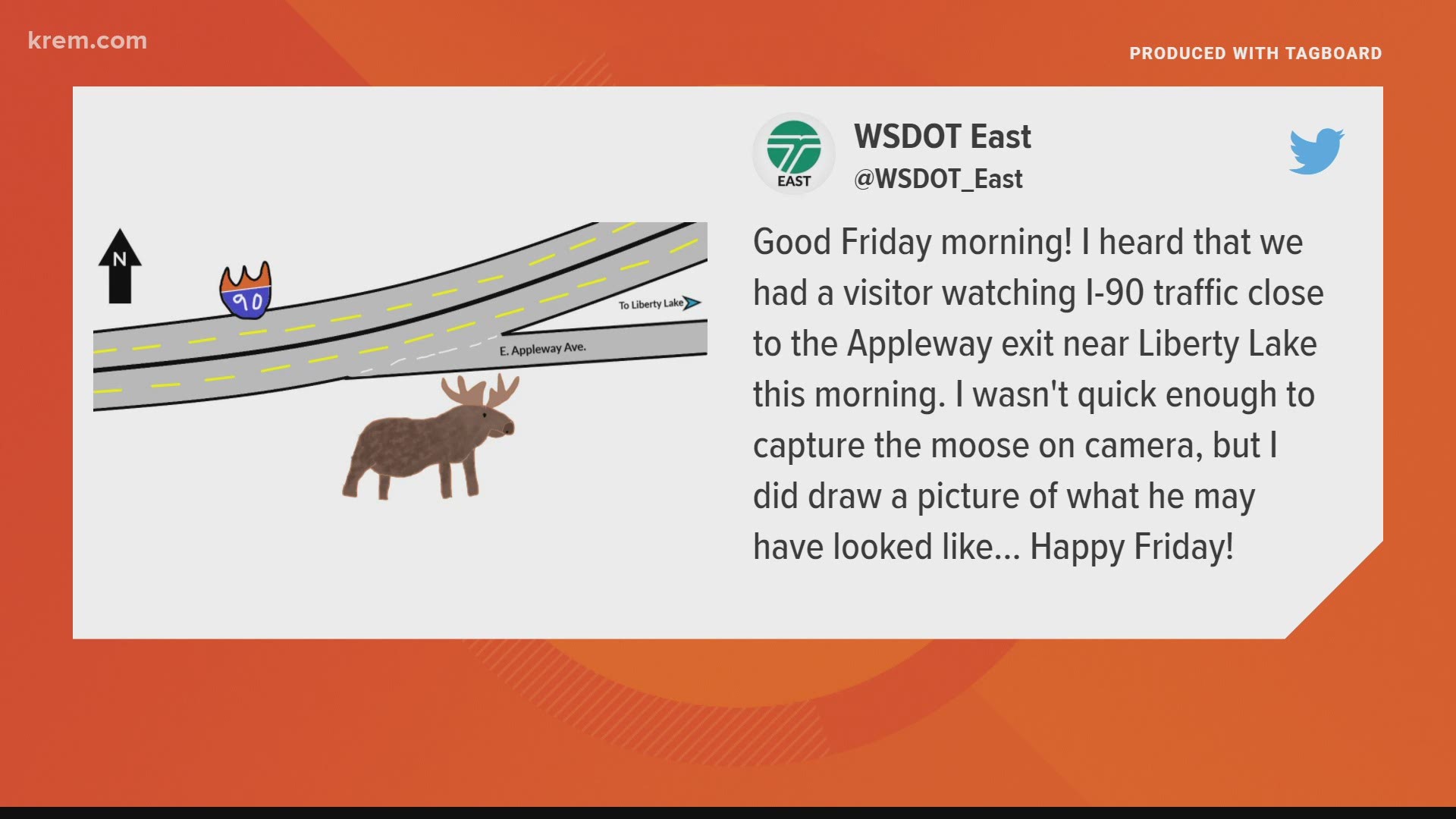 SPOKANE COUNTY, Wash. — Two moose caused quite the commotion near Liberty Lake on Friday morning. Their presence led to the brief closure of Interstate 90 as Washington State Patrol (WSP) worked to move them away from the freeway.

The Washington State Department of Transportation's Eastern Region tweeted at about 7:30 a.m. on Friday that a moose was "watching I-90 traffic" close to the Appleway exit near Liberty Lake. WSDOT later confirmed that there were two moose on the loose near the freeway and WSP was performing a rolling slowdown to get them away from the road.

Authorities then closed I-90 in both directions near the Appleway interchange at about 8:30 a.m. The westbound lanes reopened shortly before 8:45 a.m. but the eastbound lanes remained closed. At least one of the moose was still hiding in the bushes just off of I-90, according to WSDOT.

The previous I-90 closure led to significant backups on the freeway. At one point, traffic was stopped just west of the Appelway interchange and traffic in both directions was backed up roughly 2 miles on either side, according to a tweet from WSDOT. 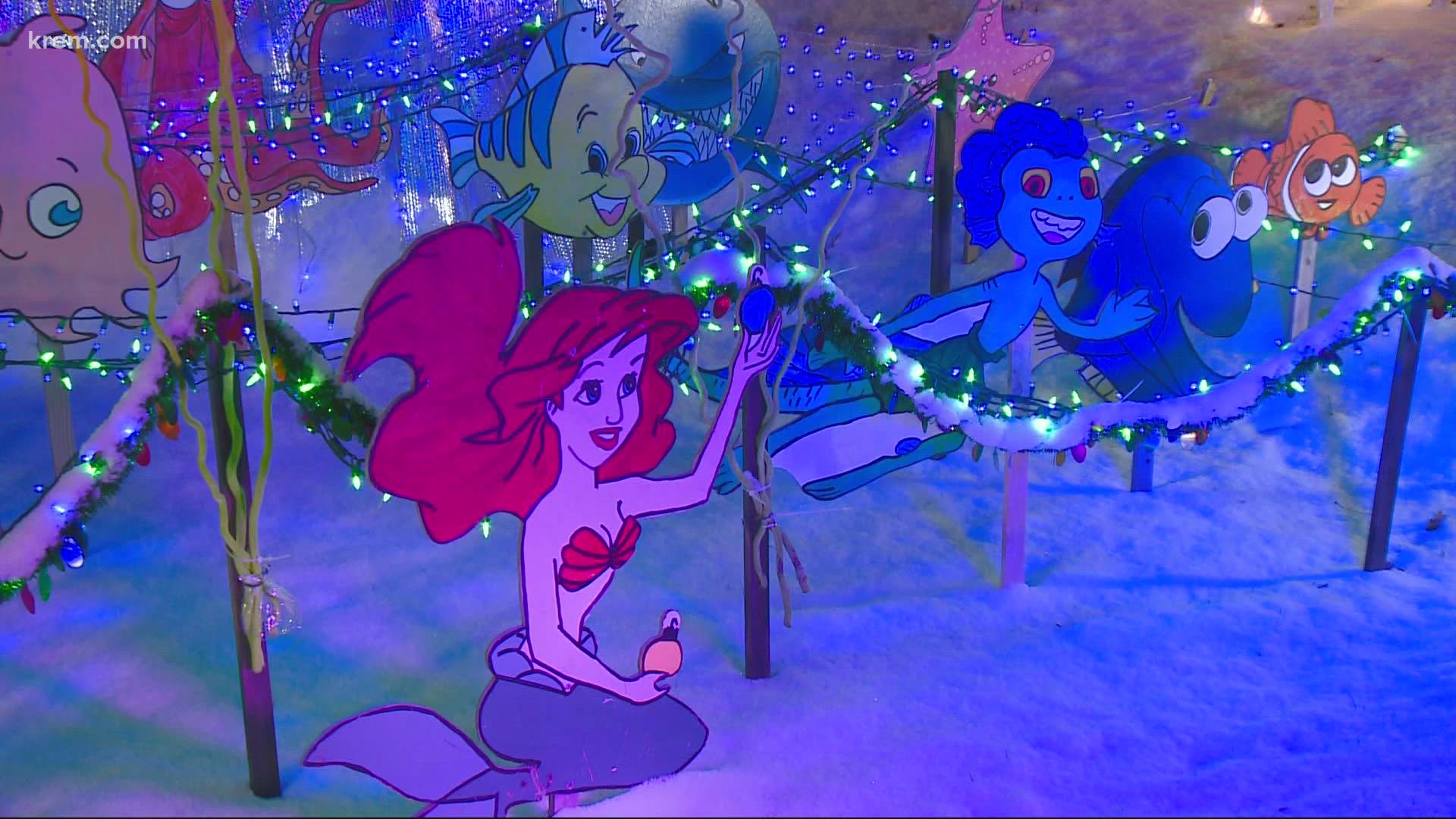