Fox was found buried in a shallow grave just outside of Newport, Washington, in October 2020. The hashtag #JusticeForJasonFox has 10.5 million views on TikTok. 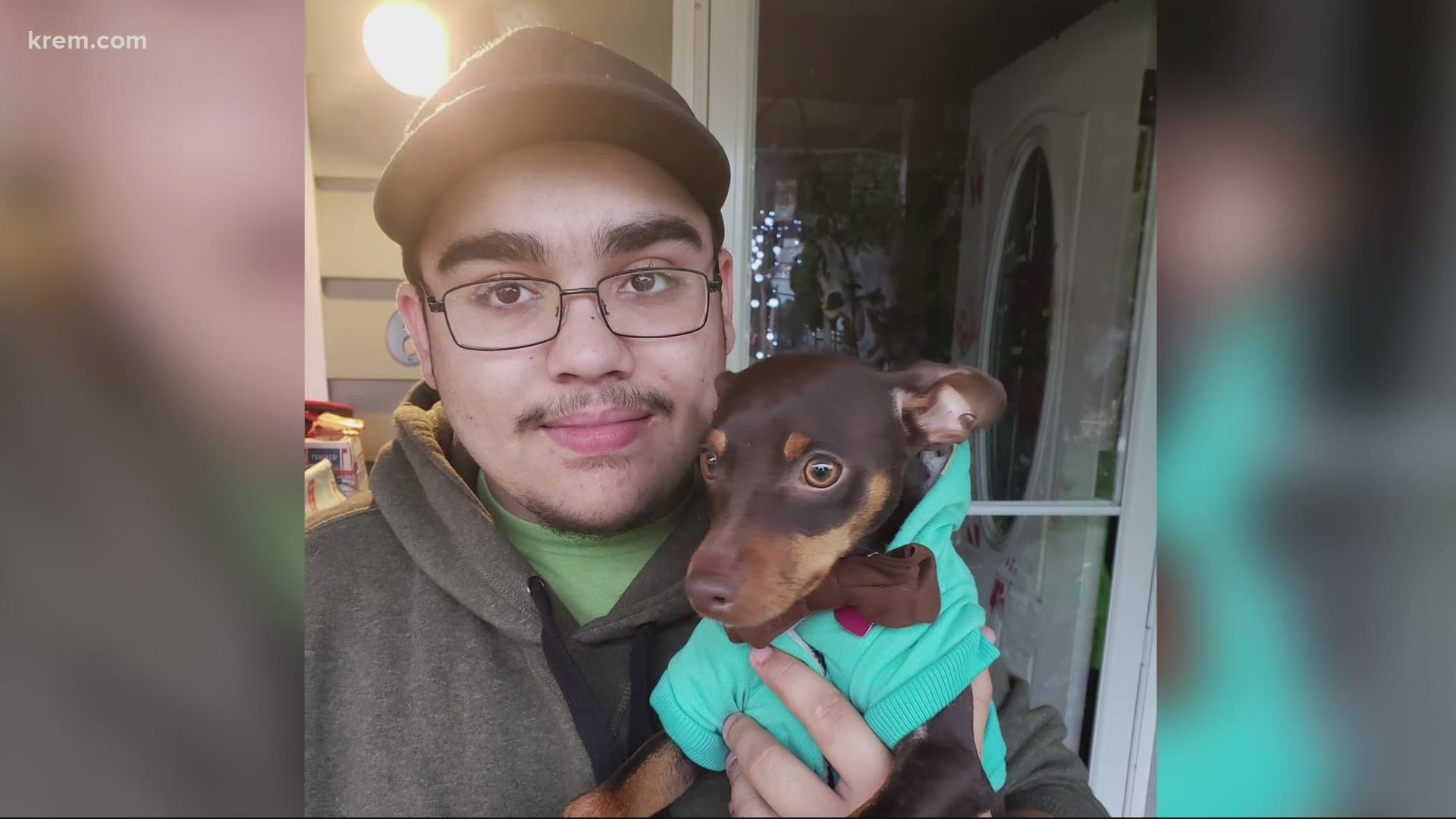 NEWPORT, Wash. — As a Newport mother waits for the murder trial to get underway in her son's death, she's finding support from people she never even met on social media. A viral video is showing Jason Fox's family that people around the country want justice.

Fox, 19, was found buried in a shallow grave just outside of Newport, Washington, in October 2020.

Since Fox's body was discovered, his family has been utilizing every social media platform possible to share his story to anyone who could help progress his case. Pepper, Jason's mother, started using the hashtag #JusticeForJasonFox and told his story on TikTok.

"I was on a TikTok livestream speaking to 200 or 300 of my followers who are mainly LGBTQ+, and they kept saying, '#JusticeForJasonFox,'" LGBTQ+ advocate and TikToker Josh Helfgott said about how he heard about Fox. "There's no question that my followers found Jason's story from Jason's mother, who was asking for help literally saying, 'Make my son's story go viral.'"

Pepper had posted a video asking celebrities to use their platform so her son's story could be shared.

"I stitched her video and I said, 'I'm not Gaga, but I can make your son's story be heard,'" Helfgott said.

He has over 3.2 million followers on the app and focuses on making videos around and about the LGBTQ+ community.

"I am a boy with lesbian moms who is gay himself, and I felt like if this happened to me, I know that I would want my story shared," he added. "That [video] made me feel something, so I trusted that the audience would to."

"I knew it would get views because Jason is 19, gay and was murdered," he added. "And that, in and of itself, is relatable to an audience and I think a lot of what makes a story spread is relatability."

RELATED: 'I'll never be accepting of the empty chair at the table': Five arrested in connection with death of Newport man

As of March 23, his video explaining details of the case has more than 3 million views, 1.1 million likes, more than 35,500 comments and almost 100,000 shares. Pepper's account went from a couple hundred followers to now having almost 80,000.

"I burst into tears and I couldn't stop watching it," Pepper said, tearing up. "No one knew Jason but me, and it is awesome people care about something that I care about, and that means a lot."

Users from all over the world heard Pepper's pleas, which she thanks Helfgott for. TikTokers are using the hashtag #JusticeForJasonFox, making videos about his case and helping Pepper plan the first pride parade in the city of Newport.

"I am a boy sitting in New York and to have a story reach not just Washington and people in that town, but the whole country and the whole world, I don't take that for granted," he said. "Jason Fox deserved better."

So far, five men have been arrested in connection with Jason's murder. In court documents, Riley Hillestad is described as the ringleader who orchestrated the murder. He is being charged with first degree murder and eight other charges. The Pend Oreille County Sheriff's Office is investigating multiple motives, with a hate crime being one of the leads.

His trial is scheduled for May 3.