'I'll never be accepting of the empty chair at the table': Five arrested in connection with death of Newport man 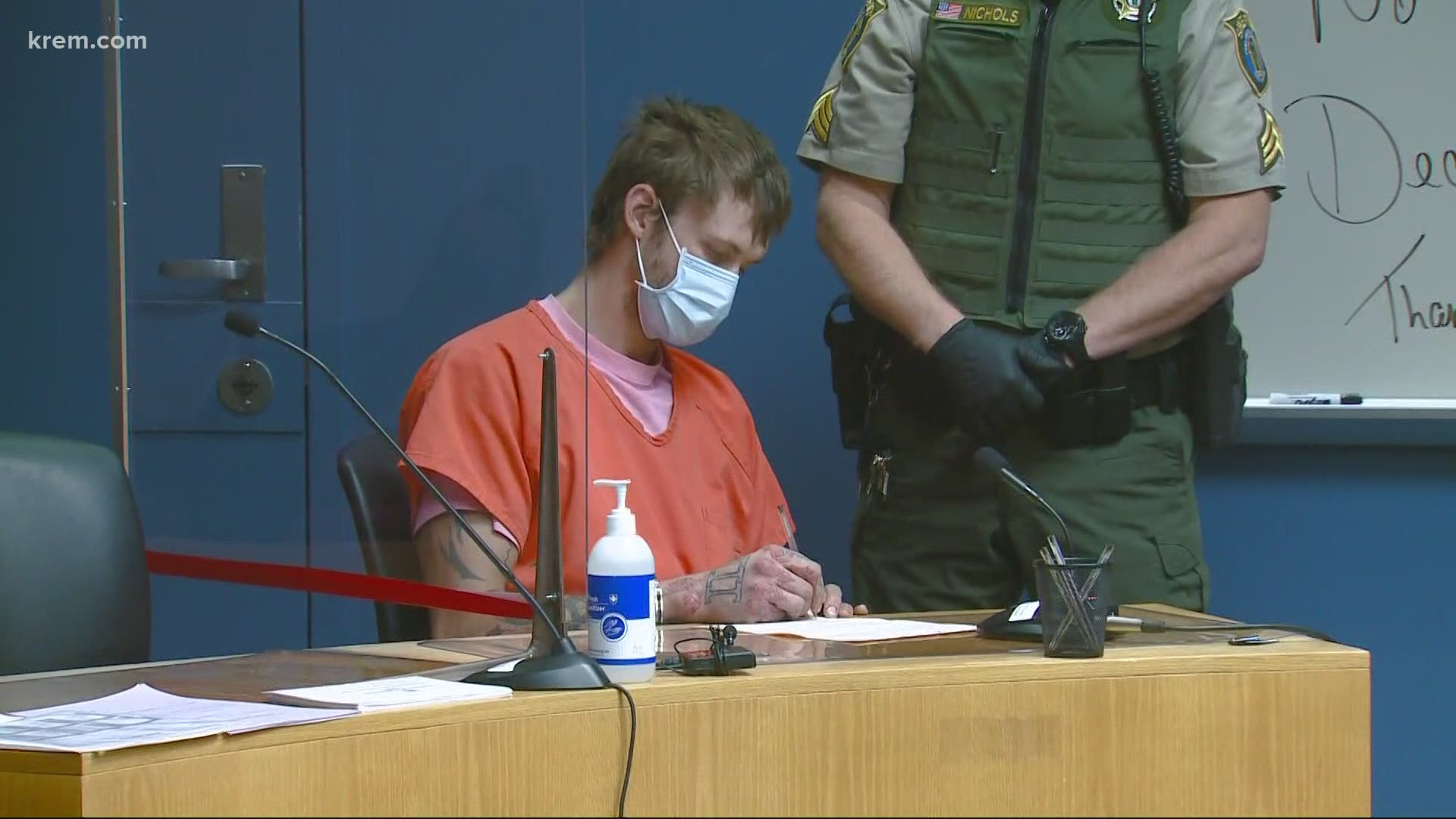 NEWPORT, Wash. — Five people have been arrested in connection to the death of a Newport man who went missing in mid-September.

"And it's real nice to see the guys that hurt my son behind bars," said Fox's father Michael. "But nothing ever brings him back."

Kevin Belding, Matthew Raddatz-Freeman, Claude Merritt, Riley Hillestad and Sean Bellah have all been arrested in connection to his death.

Hillestad was formally charged on Tuesday with nine different counts in connection to Fox's murder. They include first-degree murder and first-degree kidnapping. His bail was set at $1 million.

In court documents, Hillestad is described as the ringleader who orchestrated the murder.

"I would like to find a you know, a life is worth a little more than $750,000," said Fox's father, Michael. "They're all going to jail one way or another, I don't get my kid for Thanksgiving or Christmas - so that guy shouldn't get his kid, either."

Bellah was arrested after the hearing for providing false or misleading statements.

Riley Hillestad is formally charged with 9 different counts in connection to Jason Fox’s murder. Those include first-degree murder and first-degree kidnapping.

Court documents: Fox was found buried with hands tied behind his back

According to a probable cause document, Fox’s body was found buried three to four feet underground with his hands tied behind his back in an isolated area on the south side of a property on 22 Yergens Road in Newport on Oct.4.

On Sept. 15, Fox sent a message to a person who lived with his aunt saying he would be at 22 Yergens “in case something happens to him” and he hadn’t spoken to any family members since, according to court documents. An emergency ping was conducted on his phone showing it at the Yergens address.

Court documents say they each gave a different account of when they had last seen Fox, ranging from two months prior to one week prior.

On Sept. 20, a deputy contacted Belding, who said it had been two to three weeks since he had seen Fox and he believed he might have gone to Montana, documents say.

Court documents said all four suspects later admitted to Fox being at the residence on Yergens on the morning of Sept. 15 just after midnight, and none of them could explain why they lied.

Merritt told police Raddatz-Freeman got into an argument with Fox and he intervened because he thought Raddatz-Freeman was going to assault Fox, documents say. Merritt said he and Belding followed Fox off the property after the incident and when they got onto Highway 20, they went different directions.

Court documents said investigators determined Merritt’s statement was also a lie and Hillestad had made up the story.

Court documents say social media records show Fox was concerned about Hillestad being at the home on Yergens. The last communication on Fox’s Facebook messenger was between him and Merritt at 12:18 a.m., coinciding with the emergency cell phone ping, documents say.

A woman who also lived at the home on Yergens said she saw Raddatz-Freeman unloading a skid steer off a trailer and he operated it for 20 to 30 minutes in the area where Fox’s body was found, documents say.

Law enforcement did follow up interviews with Hillestad, Raddatz-Freeman, Merritt and Belding on Nov. 7, documents say.

Court documents say Hillestad showed up to his interview wearing a ballistic vest, pepper spray, handcuffs, knives, an AR-15 and a handgun. He told investigators he saw Merritt hit Fox twice and he left the area because it “was not his fight,” documents say. Hillestad said Merritt, Raddatz-Freeman and Belding remained in the shop where the fight took place.

Merritt told police that Raddatz-Freeman and Hillestad had hit and kicked Fox in the garage, and they he tried to stop it but Hillestad had threatened them with a gun, according to documents. He then claimed that Hillestad took Fox outside and returned later, saying Fox was dead, documents say.

In an interview with police, Raddattz-Freeman said Hillestad and Merritt had beaten up Fox while he was seated in a chair, and that Belding sat in a chair and wasn’t involved, documents say. Raddattz-Freeman also told police that he saw Merritt walk Fox out of the garage with his hands tied behind his back, after which he saw Fox in the back of a utility vehicle driven by Merritt, documents say.

"I'll never be accepting of the empty chair at the table," Michael said. "I'll never be the same again, I have no idea how to live with this." 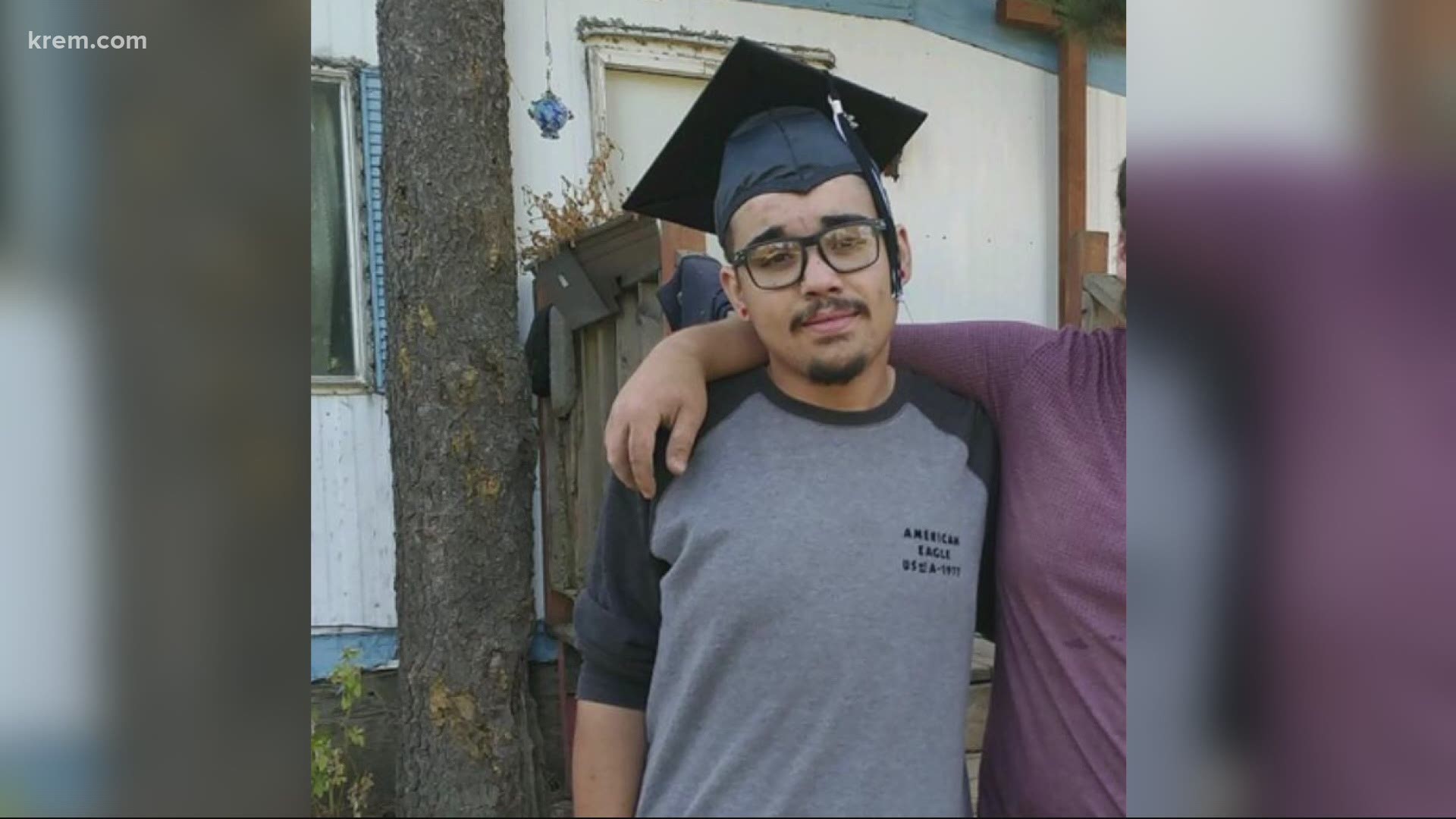