Jason Fox was found dead in early October. Fox's family believes Jason was killed because he was bisexual. 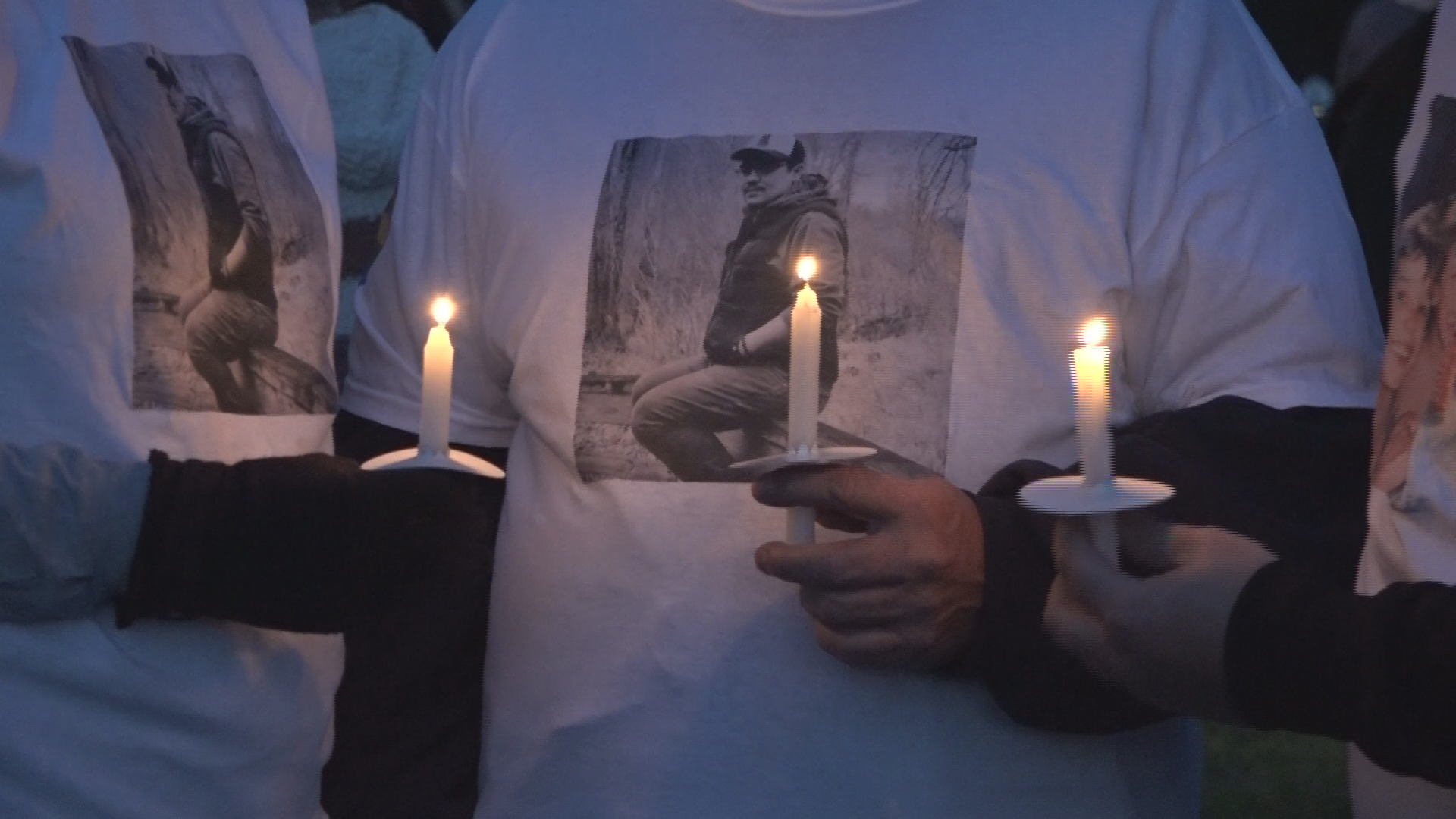 NEWPORT, Wash. — A car procession is planned in Newport for Sunday to demand justice for Jason Fox, according to the event's Facebook page.

Jason Fox, 19, was found dead in early October after he went missing in mid-September. The Pend Oreille County Sheriff's Office is investigating his death as a homicide. They were not available to confirm if there are currently any suspects or if there is a motive.

"Make a sign and drive down to the Newport city park. The family will make a statement. We will meet for a vehicle procession to demand justice for Jason Fox who was brutally murdered in Newport Washington. We demand justice for this possible hate crime," the event description reads.

At a candlelight vigil held in early October, Fox's family told KREM they believe Jason could have been murdered because he was bisexual.

"My friends have said it could be a hate crime," Jason's father Michael Fox said. "But I am not sure, I do not know - it could be anything really."

About 80 people attended the vigil, remembering Jason's creativity, his intelligence, and his love for the people around him.

And although his family was grateful for all those who attended, their minds were somewhere else.

"It was probably the worst three weeks, any of us have ever had," said Jason Fox's older brother Robby Fox. "I wouldn't wish this on anybody."

Three weeks of searching, of waiting and of praying. The Fox family finally got the answer they needed, but not the one they hoped for.

"It's good to know but at the same time not," Robby Fox added. "We always hoped he would walk back through the door and now that he's not, a piece of all of us is gone."

One of the best things about Jason was how courageous he was, his father noted. Their community is small and coming out was difficult for him.

"It's ridiculous for anyone to hate someone else because of who they love," said Michael Fox. "In a world absolutely overflowing with ugliness, shouldn't we celebrate the beauty of love whatever form that takes?"

Now the family is stuck in another waiting game while the investigation is ongoing Jason's mother Susan Fox said.

"The only thing now is just finding the people that did this, and give them what they deserve," she said. "Because our son did not deserve this."

Jason's father and brother also say they're waiting on an arrest in Jason's case.

"We don't want to see it, we demand it, and all these people here, they demand that too," Michael Fox said. "Arrest someone."

"I want anyone who was involved to get prosecuted," Robby Fox said. "I want to see life without parole or the death penalty."

Before he was murdered, Jason was about to start college and was going to study to be a nurse, his family said.

"It's not supposed to be this way," Robby Fox added. "It's supposed to be, he is there with me when something happened to [our parents]."

"We feel offended and disgusted and outraged that this happened here in our community," said Michael Fox. "No arrests have been made. How have no arrests been made?"

The Newport Police say they are no longer in control of the case, but they will be helping out the Sheriff's Office.

The investigation is still ongoing. The police are asking if anyone with details regarding Fox's disappearance or death can call the Pend Oreille County Sheriff's Office at (509)-447-3151.