The charges are related to the Pullman Police Department's investigation into the 2019 death WSU freshman Samuel Martinez, who died after a fraternity pledge event. 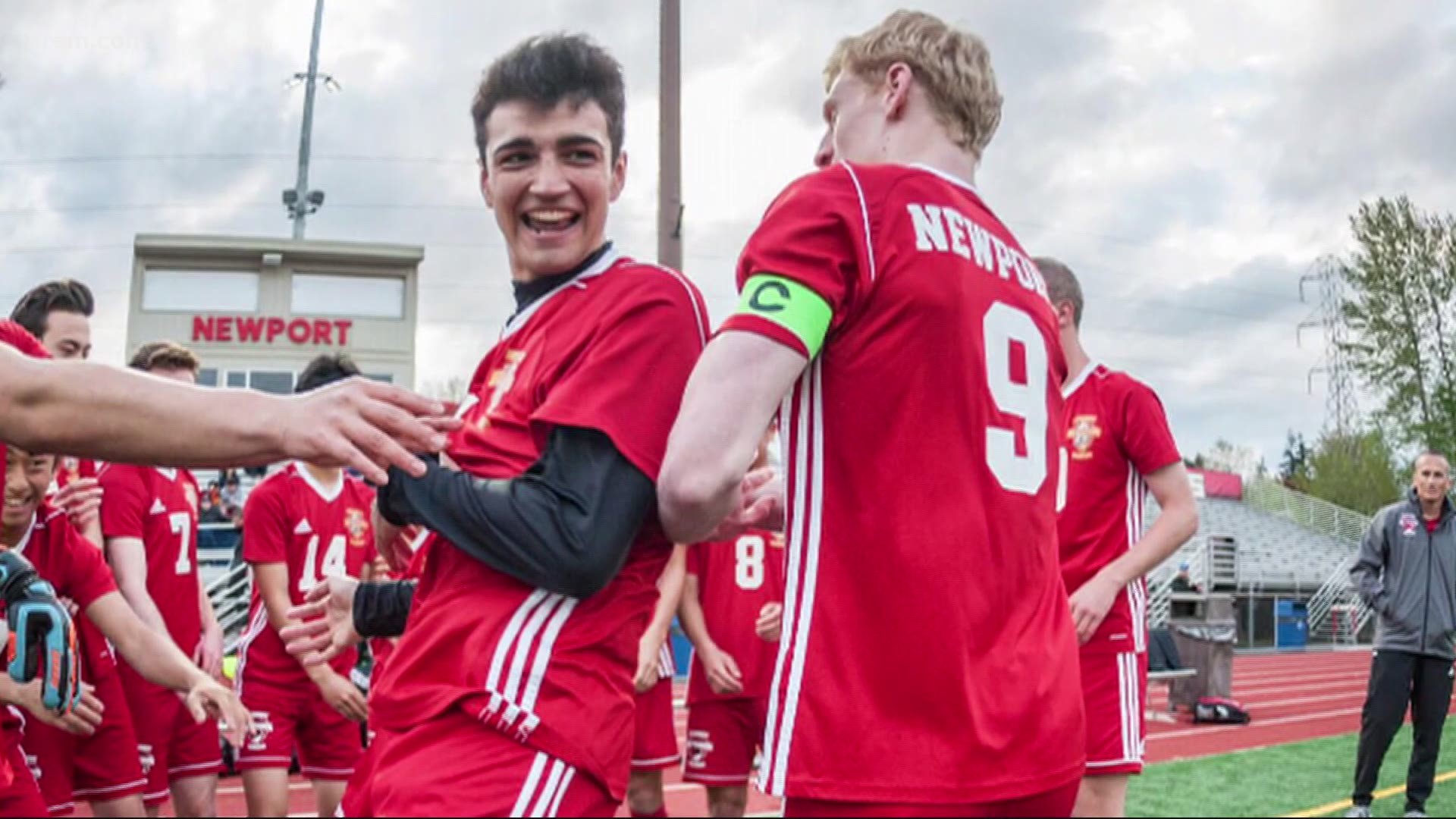 PULLMAN, Wash. — The Whitman County Prosecuting Attorney's office announced on Wednesday that it is filing criminal charges against 15 current or former members of the Alpha Tau Omega fraternity at Washington State University following a 2019 pledge event.

The charges are related to the Pullman Police Department's investigation into the death of 19-year-old WSU freshman Samuel Martinez. Martinez, who was from Bellevue, died of “acute alcohol intoxication," otherwise known as alcohol poisoning, on Nov. 12, 2019 after attending the fraternity event. The Whitman County Coroner ruled that the manner of his death was accidental.

In July 2020, Martinez's parents filed a wrongful death lawsuit against the university and the Alpha Tau Omega fraternity which he was pledging to join.

The men are charged with supplying liquor to one or more pledges at the fraternity event that was part of an initiation process, according to a press release from Whitman County Prosecuting Attorney Denis P. Tracy's office. Furnishing liquor to minors is a gross misdemeanor in Washington state punishable by up to one year in jail and a $5,000 fine, Tracy's office said.

The defendants in the case will be summoned to appear in Whitman County District Court.

Pullman Police Department's investigation into Martinez's death was turned over to the prosecutor in February 2021. Pullman Police Chief Gary Jenkins told KREM that the department was recommending charges of hazing and furnishing liquor to a minor.

The department "did not feel there was enough evidence for the prosecutor to prove beyond a reasonable doubt the charge of manslaughter," Jenkins said in February 2021.

Martinez's family released the following statement about the announcement on Wednesday:

"More than 18 months ago, our beloved son and brother, Sam Martinez, was hazed to death during an initiation ritual known as “Big-Little Night” at the Alpha Tau Omega fraternity at Washington State University in Pullman. We have waited all these months for answers to our questions about what happened that terrible night. Today, we learned that 15 men will finally be held to account for furnishing the alcohol that killed Sam that night and left many other pledges in Sam’s class dangerously intoxicated. In Sam’s case, he and another pledge were ordered to finish a half-gallon of rum between them. Sam’s blood-alcohol content was measured at 0.372 after his death, nearly five times the legal limit. While the charges may lead to some level of accountability, this is not justice. It does not bring us closure. We are deeply disappointed that no one will face a charge of hazing in this case because the Pullman Police Department allowed the statute of limitations for that charge to expire. That’s despite the fact that Pullman Police found substantial evidence of hazing that would have supported hazing charges. And it is despite the fact that during its investigation, WSU identified multiple instances of ATO members hazing pledges during activities that involved alcohol violations and abusive behavior. What happened the night Sam died was not an isolated incident. WSU, the ATO national office and others knew this chapter had a long history of alcohol and student conduct violations. Yet they did nothing. In Washington, furnishing alcohol to a minor is a gross misdemeanor. The maximum these men could face is 1 year in jail and a $5,000 fine, if convicted. That is insulting compared to the devastating consequences of their actions, which directly led to Sam’s death, and the loss we are living with for the rest of our lives. Already this year, two other young men have died in Virginia and Ohio during “Big-Little Night” events. Just like Sam, they were forced to drink lethal amounts of hard alcohol in order to join their frats. Just like Sam, they were abandoned by their so-called fraternity “brothers” to die alone. A boy dies. His family and friends are shattered. Promises of reform are made, and broken. We say enough. It is time for universities, fraternities and policymakers to enact meaningful reforms that end this toxic culture. That should start with making hazing a felony in Washington, not a misdemeanor, and extending the statute of limitations to ensure that hazing never goes unpunished again. We also call for a new commitment to transparency by universities and fraternities, with public access to records about the behavior and disciplinary history of all fraternities. If our family had known the truth about ATO’s troubled history at WSU, Sam would still be alive today. Pledges and parents need to see the whole picture—not just the glossy promises of brotherhood and leadership opportunities—to understand the dangerous risks posed by fraternity traditions and university Greek Life systems that put untrained, ill-equipped 20-somethings in charge of teenagers away from home for the first time. Universities and the national fraternity corporations that promote and profit from fraternities must finally be held to account for failing the young men in their care and the families who entrust their sons to them. We are dedicated to pursuing these reforms in honor of our Sam.