'A hole left in our lives': Family of WSU student who died during fraternity pledge event files wrongful death suit

Sam Martinez was just starting his freshman year at Washington State University when he died of alcohol intoxication during a fraternity pledge event in 2019. 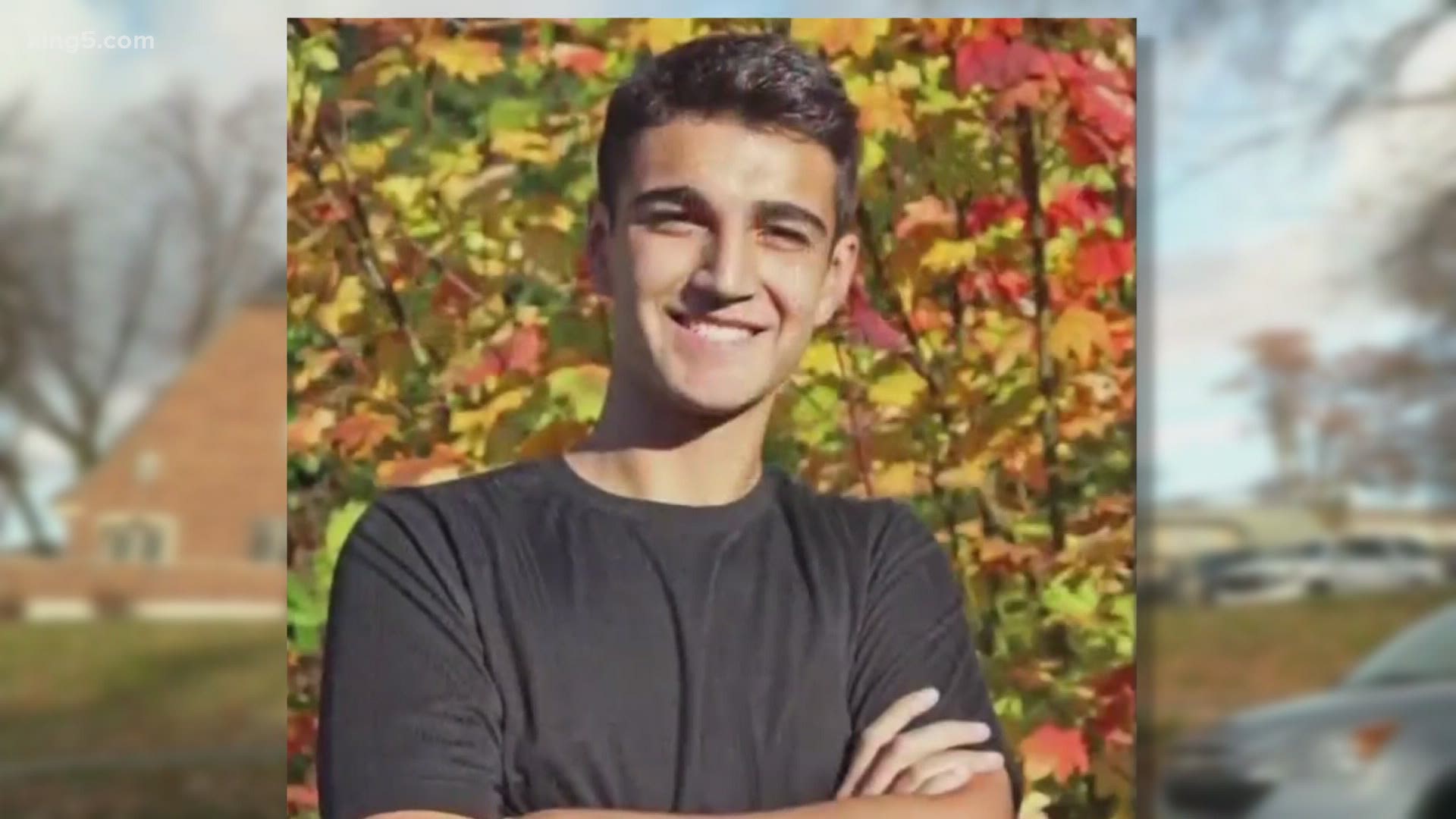 SEATTLE — Sam Martinez loved sports, his family and friends and was just starting his freshman year at Washington State University.

“That smile on his face was just dazzling, he, he could light up a room,” his mother Jolayne Houtz said.

On Friday, Sam Martinez's parents filed a wrongful death lawsuit against the university and the Alpha Tau Omega Fraternity which he was pledging to join.

“He was just so looking forward to it and ready to move forward with that next chapter of his life, and it's, it's just still stunning to us,” Houtz said.

Sam Martinez died of alcohol poisoning in November during a pledge event.

The suit notes Martinez was unconscious shortly after drinking, but no one called for help until the next morning. The Whitman County Coroner ruled his death an accident.

“Sam was just absolutely pushed to the brink. By this ritual by this tradition of hazing and left to die alone in the basement of that fraternity. It's devastating to think about,” Houtz said.

Houtz wrote an op-ed for the Seattle Times and noted she sleeps next to her son’s ashes every night. She also called for an end to hazing traditions.

“There are many good things about fraternities, however, there is this pervasive culture of hazing that is toxic, and that simply can't continue we can't afford to lose our young people to this,” she said.

Among the reforms she proposes is a ban on hard alcohol at these pledge events for anyone under 21 and having a sober adult on premises of fraternities as well as more accountability from the universities and frats themselves.

"They know it, and they're not doing anything about it. That must stop now. They must take responsibility, they have a duty to protect our students and our children,” she said.

WSU and the Alpha Tau Omega Fraternity agreed to a six-year suspension of the fraternity’s recognition following Sam Martinez’s death. The suspension agreement also included the fraternity admitting it violated WSU’s standards of conduct on hazing and providing alcohol to minors.

But the young man's parents say they want to see real change.

“They're getting six years of suspension. My son would be 26, and now his whole life was gone,” said Hector Martinez while holding back tears.

Both say they have been blessed with love and support from their son's friends, even seeing some of them on both Mother’s Day and Father’s Day.

“We have our daughter Ariana, and we are carrying on as a family unit of three with lots of love and support from many others, but there's a hole left in our lives that can never be filled,” Houtz said.

Houtz says they remain committed to making sure this never happens to another family, and they never have to experience what they did.

“Since we picked up my son's body and brought him home we haven't been back, and I don't expect that we ever will,” she said.