Samuel Martinez, a 19-year-old student from Bellevue, was found unconscious and not breathing at the Alpha Tau Omega fraternity on Nov. 12. 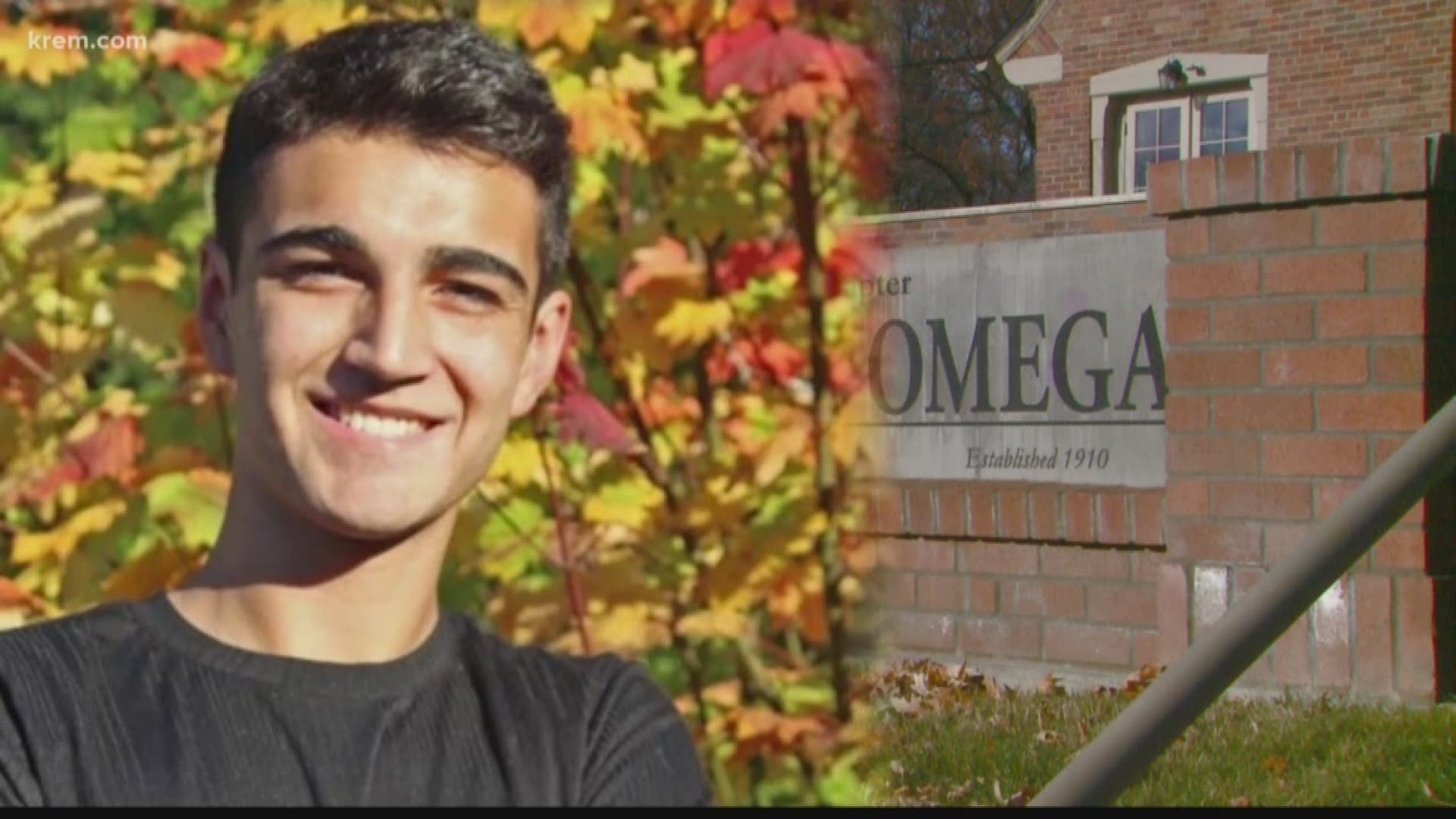 PULLMAN, Wash. — A freshman at Washington State University died at a fraternity about four house before police say they received the first 911 call.

Pullman police found Samuel Martinez, a 19-year-old student from Bellevue, unconscious and not breathing at the Alpha Tau Omega fraternity at 8:35 a.m. on Tuesday, Nov. 12, minutes after a 911 call was placed. Medics later determined that he was dead.

Whitman County Coroner Annie Pillers said Martinez died at 4:30 a.m. on Nov. 12. Police believe his death may have been alcohol-related, but the official cause and manner of death have not been determined.

Pillers said the process of determining the cause and manner of death could take at least two months.

After autopsy results are completed, detectives told KREM they will meet with prosecutors to determine if criminal charges should be considered.

The police department is investigating the death with cooperation from the university and the fraternity.

A candlelight vigil was held Tuesday night for Martinez.

About 150 students gathered at the Alpha Tau Omega house to honor Martinez.

Students talked about how much they will miss Martinez and what a difference he made on campus. Other said they were there to stand in solidarity with their classmates.

WSU President Kirk Schulz said on Monday that the fraternity has temporarily lost its status amid investigations by Student Affairs and law enforcement.

Schulz said in a statement on Monday that the university has placed an “interim loss-of-recognition-status” on the Alpha Tau Omega-Gamma Chi chapter. Student Affairs staff have opened an investigation in cooperation with the fraternity’s national headquarters.

Any disciplinary action will be determined by WSU’s community standards process, Schulz said.

The Interfraternity Council has also placed an interim loss of recognition on the chapter.

Last week, university leaders announced that all fraternity and sorority events at Washington State University were suspended after Martinez’s death.

Schulz also reminded the WSU community of the Good Samaritan guideline, which police emphasize at the start of each school year. The guideline was “created to protect the health and lives of students who over-consume alcohol or drugs,” he said.

Under the guideline, students can contact police or authorities in these situations without fear of disciplinary action for drug or alcohol use.

Martinez’s family released a statement about Samuel last week, calling him their “beautiful son and brother.”

"Sam was a beautiful spark of light, a comet that came and went through our lives too quickly. We are overcome with grief. And we are so grateful for your prayers and well wishes through this unbearable loss,” the statement reads in part.

Schulz echoed these sentiments, saying on Monday that Martinez was a person by all accounts that anyone would love to hang out with.

“Sam was funny, bright, and caring. Polite. Serious. Responsible. Fiercely loyal to his family and friends. He loved sports, and he volunteered often for community service projects,” Schulz said in a statement.

“Knowing Sam’s virtues makes coming to terms with his tragic death November 12 at his fraternity house in Pullman all the more heartbreaking. Losing a family member hurts. When that family member is young and brimming with potential, the pain is gut-wrenching,” he continued.

In his statement, Schulz also extended his condolences to the Martinez family, his friends and all who knew him. He also encouraged those who may need help to utilize counseling services or those from Student Affairs staff.

Shulz also emphasized the university’s continued efforts to educate students about drugs and alcohol in light of Martinez’s death.

“Sam’s death also reminds us that we must continue to refine and ramp up the University’s efforts to keep our students safe and healthy. While ensuring the safety of the entire WSU community remains one of our highest institutional priorities, we can—and must—do more,” he said. “For example, while incoming WSU students already are required to complete mandatory alcohol and safety training, we will revisit this policy and others in an effort to strengthen them.”