Pullman police are recommending charges of hazing and furnishing liquor to a minor. But hazing cannot be prosecuted due to the statute of limitations. 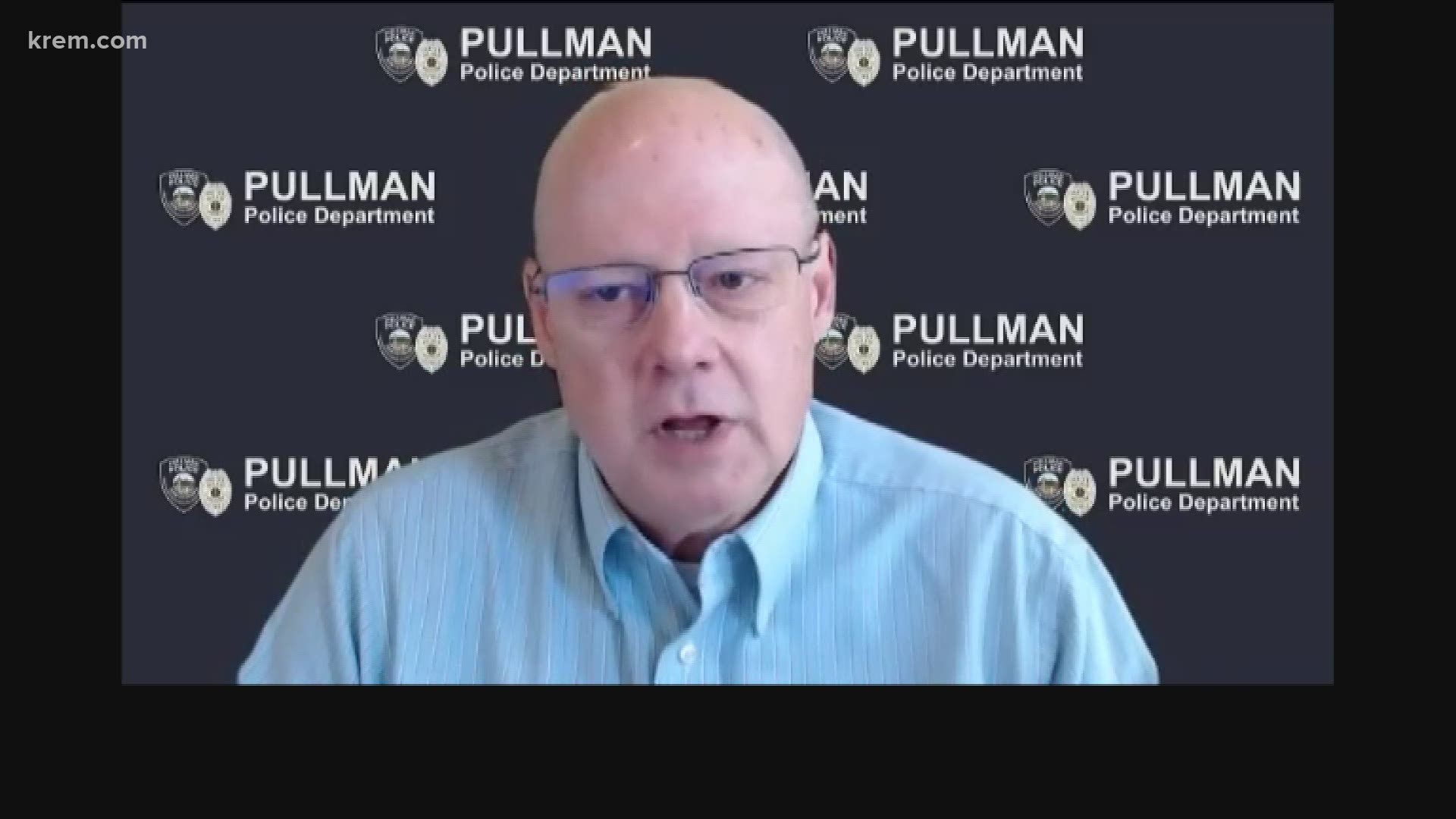 PULLMAN, Wash. — The Pullman Police Department is not recommending a manslaughter charge after the 2019 death of 19-year-old Washington State University freshman Samuel Martinez.

Whitman County Coroner Annie Pillers ruled that Martinez, who was from Bellevue, died of “acute alcohol intoxication," otherwise known as alcohol poisoning. The manner of his death was accidental.

Pullman police found Martinez unconscious and not breathing at the Alpha Tau Omega fraternity at 8:35 a.m. on Tuesday, Nov. 12, minutes after a 911 call was placed. Medics later determined that he was dead. Pillers said Martinez died at 4:30 a.m. on Nov. 12, four hours before he was found.

In July 2020, Martinez's parents filed a wrongful death lawsuit against the university and the Alpha Tau Omega fraternity which he was pledging to join.

Pullman Police Chief Gary Jenkins told KREM on Wednesday that the department is recommending charges of hazing and furnishing liquor to a minor. The department "did not feel there was enough evidence for the prosecutor to prove beyond a reasonable doubt the charge of manslaughter," Jenkins said.

"The hazing charges are listed because, even though prosecution is beyond the statute of limitations, we believe that offense is substantiated by the investigation and we wanted that documented in our reports," Jenkins said in an email to KREM. "Because of the large number of people/witnesses interviewed, and most of them are not full-time Pullman residents, logistics in conducting in person interviews added to the length of time it took to investigate. There were also some forensics we were waiting for results that added to the time."

Jenkins spoke with KREM on Thursday and explained how the issue of interviewing witnesses played into the delays.

"The logistics of trying to set up in person interviews with all the witnesses, who many were not in Pullman, when we were trying to interview them, really added to the timeline of completing this investigation," he said.

Jenkins added that Martinez's cell phone had security features that led to the department sending it to a third-party to be opened, and that contractor didn't inform the department that it couldn't be opened until fairly recently.

"We had Mr. Martinez's cell phone that we were unable to get into. And so we contracted with a company to try to do that for us, and they had it for quite a long time," he said. "And we actually did not get any results from that, but we did not find out that they were unable to get anything until just very recently."

Detectives kept the hazing charges and its one year statute of limitations in mind during the investigation, Jenkins said. But investigators didn't want a rush a hazing charge in a way that could jeopardize more serious charges.

"We did not want to run into a double jeopardy problem where we, for example, would submit a misdemeanor case of hazing, but still have a potential for a manslaughter charge, which might be precluded from prosecution if some adjudication were made on the lesser charge," he said.

The police chief also added that the department has been short-staffed and was in the middle of a recruitment push when the pandemic started. In the end, he said the department wanted to do what they could for Martinez's family.

"We wanted to do the best job possible to honor Mr. Martinez and his family. So I believe we have conducted a very thorough investigation," he said.

Martinez's family released a statement to KREM on Thursday through their attorneys, expressing disappointment in the length of the investigation hindering some charges being pressed.

The statement reads, "It is with great sorrow and disappointment for the Martinez family to hear the news that the investigation was not completed in time to bring forward all of the potential criminal charges against the individuals who played a role in the hazing death of their beloved son and brother, Sam Martinez. This has been an unbearable, overwhelmingly painful experience for the Martinez family. Their hearts continue to break. However, they remain resolute. And they will continue to pray for truth, for justice, and for their Sam."

The investigation into Martinez's death revealed that Martinez died following an event where big brothers in the fraternity got their little brothers. It was held at Alpha Tau Omega's "live out."

A fellow fraternity member brought Martinez to his room and put him on a couch with a trashcan beside him following the event, according to the investigation. Another person found him in the morning and started CPR.

According to the police investigation, Alpha Tau Omega’s official manual said “no alcohol shall be present at any membership education programs or ritual activities of the chapter.” This includes big/little brother activities.

The charging decision now lies in the hands of Whitman County Prosecuting Attorney's Office, which told KREM 2 it has received the charging recommendations and is reviewing them at this time.

WSU spokesperson Phil Weiler said the university didn't have a comment at this time. KREM has also reached out to Alpha Tau Omega's National Headquarters for comment.