'One blow after another': Windstorm damages Spokane-area restaurants' outdoor tents

Indoor dining is currently banned in Washington state, which has led some restaurants to set up outdoor tents. 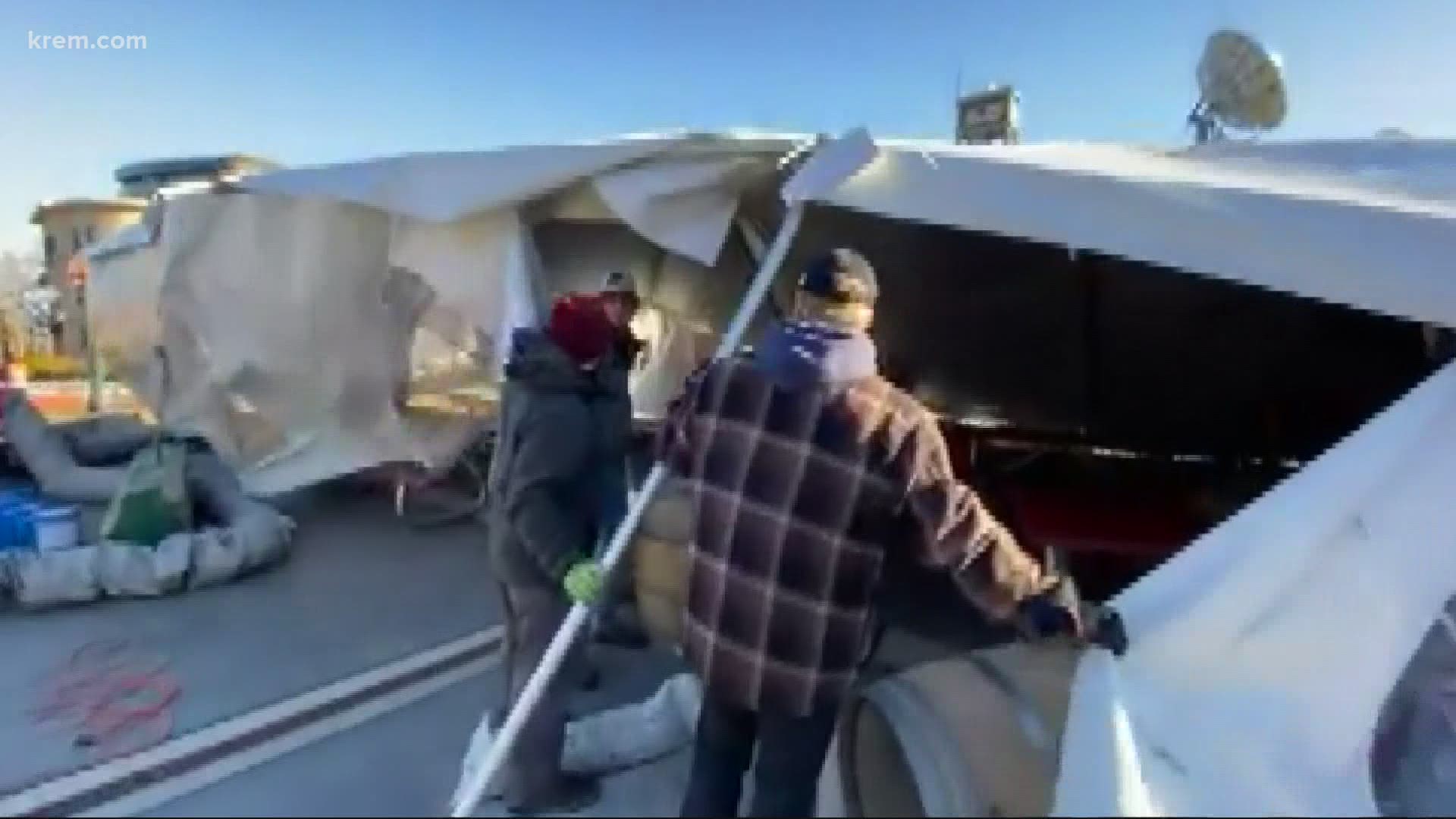 SPOKANE, Wash. — The windstorm on Wednesday dealt another devastating blow to some restaurants in the Spokane area during an already tough year.

Indoor dining is currently banned until Phase 2 of Washington state's new reopening plan, which has led some restaurants to set up outdoor tents in order to continue serving customers.

A 71-mph gust recorded at the Spokane International Airport on Wednesday morning makes the 2021 windstorm as strong as the historic storm in 2015 that led Washington Gov. Jay Inslee to declare a state of emergency.

A tent outside of Brick West Brewing Company at Adams Street and First Avenue in downtown Spokane was damaged during the windstorm. KREM's Amanda Roley said crews arrived at the location to help ensure that the tent would not blow away in the wind.

Tent outside Brick West is damaged from the windstorm. @KREM2 pic.twitter.com/f52yNfTE4I

The tent at Hay J's Bistro in Liberty Lake, which was provided by the city to help restaurants make it through the winter months, was also damaged by wind. Owner Patrick Fechser told Roley that he may wait until the spring to resume outdoor seating.

"It's just been a struggle, not only the windstorm but right after we were shut down and we can only do outdoor seating," Fechser said. "We bought a heater and it got stolen like a week into it. So it's just like one blow after another...they're kicking us while we're down it feels like."

Heating lamps at the restaurant were also damaged, along with tent poles. Fechser is unsure how long it would take the restaurant to repair everything that was damaged. 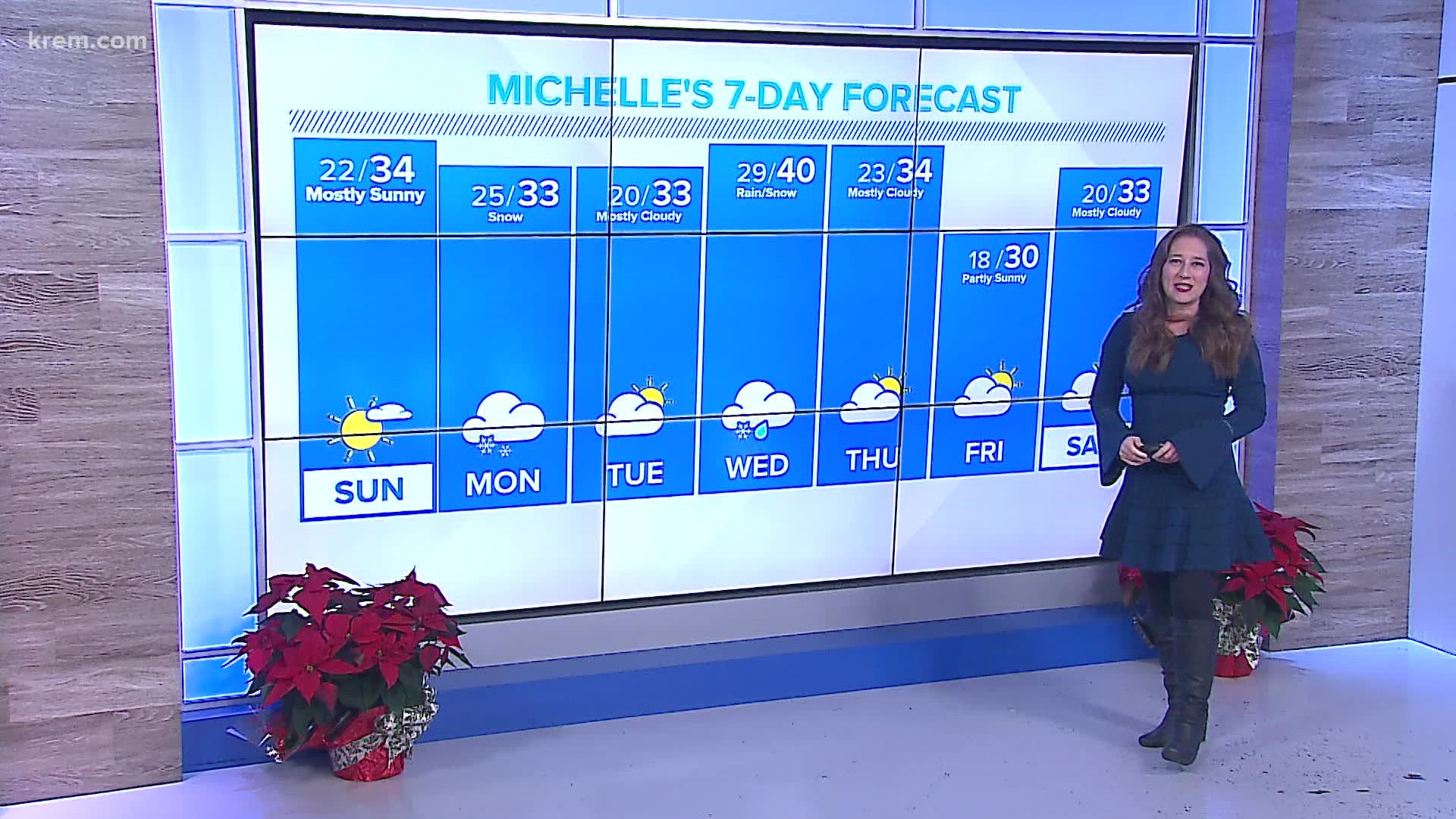