A look back at Spokane's worst windstorm five years later

Five years ago, a historic windstorm killed two people and left nearly two hundred thousand without power. Could a storm like this happen again? 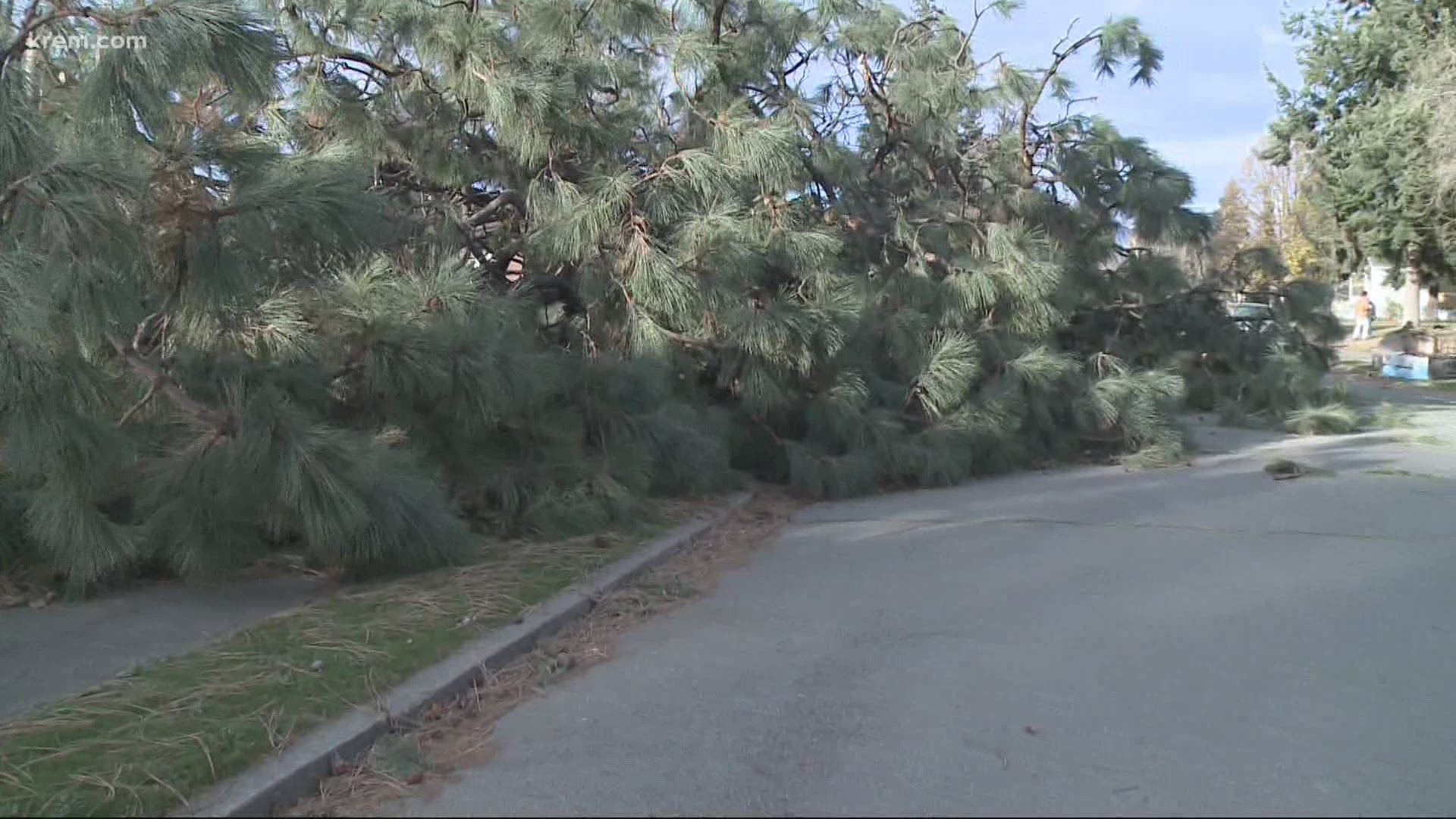 SPOKANE, Wash. — Five years ago on Nov. 17, the worst windstorm in Spokane history killed two people and left 200,000 people without power for days.

The National Weather Service recorded wind gusts throughout the area as high as 77 miles an hour. The event caused Governor Jay Inslee to declare a state of emergency.

Spokane artist Lea Anne Scott was killed outside her home during the storm. She was hit in the head by a tree, according to Spokane Fire officials. She was 54 years old. Another woman, Carolyn Wilford, died when her car was struck by a falling tree in Cheney. She was 70 years old.

Avista called the event "the largest crisis Avista had experienced in the company's 126-year history," saying "indeed the entire region has been significantly impacted." At the time, the power company asked customers to be prepared for outages lasting up to five days.

Avista said the 2015 windstorm better prepared the company for storms that came after it, implementing grid modernization, and moving poles and wires from problem locations.

The storm caused a city-wide gas shortage as many stations and terminals lost power, and people stocked up on fuel to power generators.

Auto-body shops were booked out through mid-January to fix storm-related damages. Tree removal services were in high demand as well. Some companies reported lengthy backlogs through mid-February 2016.

Could a similar windstorm happen again?

A storm like the one that happened in 2015 is very unique, according to KREM 2 Meteorologist Jeremy LaGoo. The 2015 storm was strengthened by a set of conditions that aren't likely to be repeated.

The storm was strong when it hit the northwest, and it continued to strengthen as it moved further inland. Warm air over the Columbia basin started to rise, which was replaced with strong winds over the Cascades.

Sustained strong winds of those speeds aren't typical for the Inland Northwest, LaGoo said. A storm like the one the region saw in 2015 is only likely to happen once every thirty years.