How 2021 windstorm in Spokane compares to historic 2015 storm

The storm on Wednesday is the second historic wind event for Spokane in just five years. 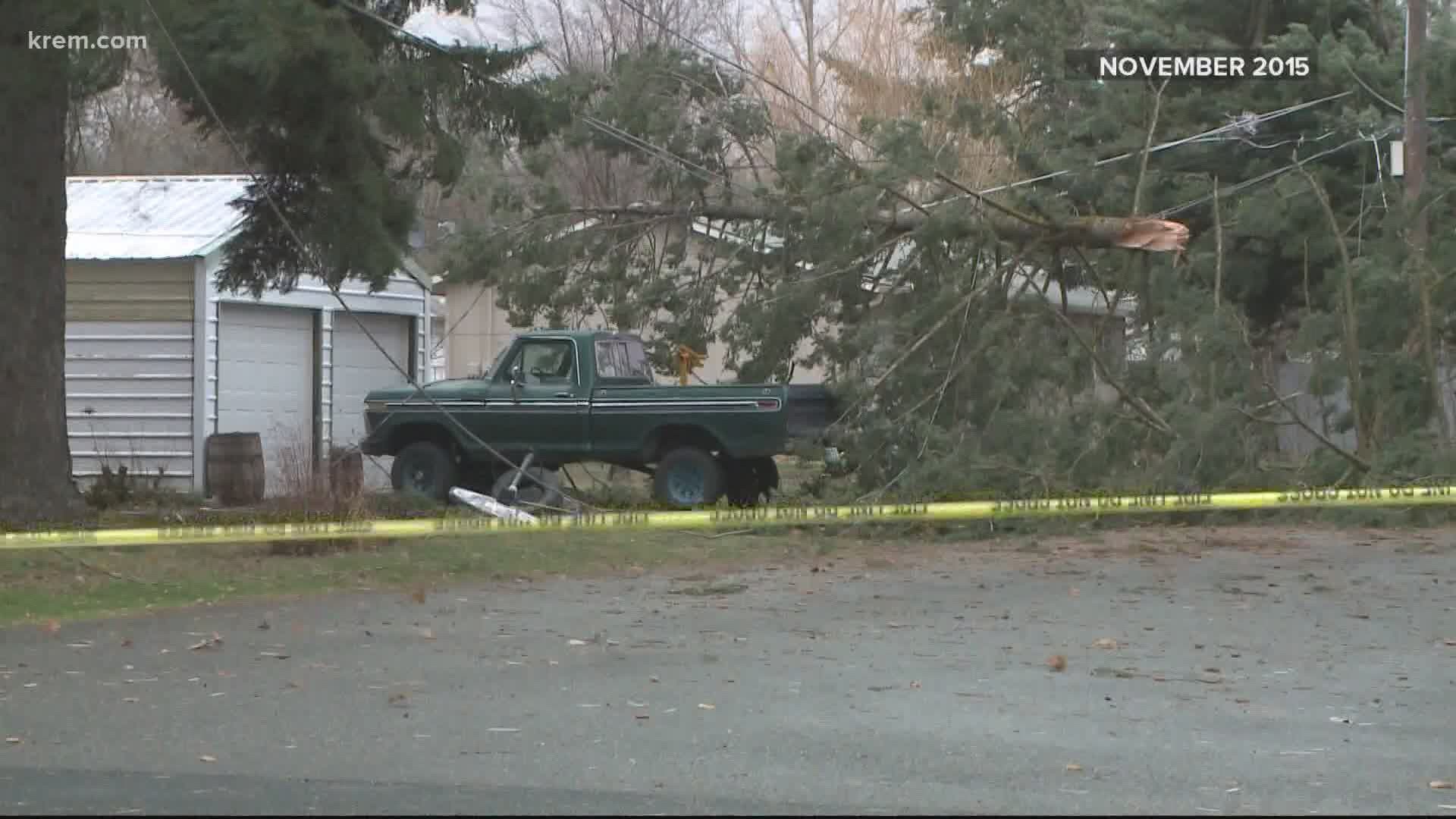 SPOKANE, Wash. — The windstorm that hit the Spokane area on Wednesday has a lot in common with the historic storm of 2015.

The early January storm also cased widespread power outages across the Inland Northwest. But there were a few small differences in the storm that helped spare us from the same extent of damage.

For starters, the duration of the wind event was much shorter. Wind picked up just before 4 a.m. in Spokane and stayed strong through the 9 o’clock hour.

While the gusts continued throughout the day, a bulk of the damage took place in the matter of just a few hours where the 2015 windstorm saw a much longer duration of the damaging winds.

The 71 mph gust at Spokane International Airport makes this morning’s wind storm as strong as the historic 2015 wind storm.
In case you were wondering that is a tie for the strongest non-thunderstorm gust recorded. pic.twitter.com/5lzJPQdvE2

The main reason for this difference was the nature of the two storms. Similar in nature, they both took a track that is conducive to bringing the Inland Northwest strong wind. The slight differences in tracks played a role in who saw wind and who missed out on the worst of it.

The 2015 storm moved through Southern Canada, strengthening as it went. The rapid drop in pressure as the storm passed combined with warm air over the Columbia Basin helped fuel the powerful winds on that unforgettable November day.

Here is a map of the winds gusts so far this morning, January 13th. #wawx #idwx pic.twitter.com/CqmgTmKmzy

The 2021 storm moved onshore over the Olympic Peninsula, tracking northeast into Canada in the early morning hours. The rapid rise in barometric pressure as the region transitioned from wet and warm to cool and sunny is what fueled the wind this go-round.

To go from temps in the 50s with rain to 30s and sunshine in the matter of just a few hours takes something incredible in the atmosphere. This time it was a combination of the storm track, the recent rain from our pineapple express or atmospheric river, and quick-moving high pressure that built in behind the storm.

So, what caused all the wind last night? An area of low pressure passed over the northwest corner of the Olympic Peninsula around 9 PM last night. A rapid rise in pressure behind it caused a surge on onshore winds. #wawx pic.twitter.com/wTFCOQDj5T

Those subtle differences in the storms are what made the two of them so different. The track and type of storm kept the duration of the wind event much shorter.

When the November 2015 storm hit, Spokane had not seen winds that strong in its 126-year history. Now, just over five years later, Spokane recorded its second historic wind event, this one tying the 2015 storm for the strongest wind gust recorded at the airport.