Here are your pictures of the windstorm hitting the Inland Northwest. Wind speeds have hit 71 mph in Spokane. 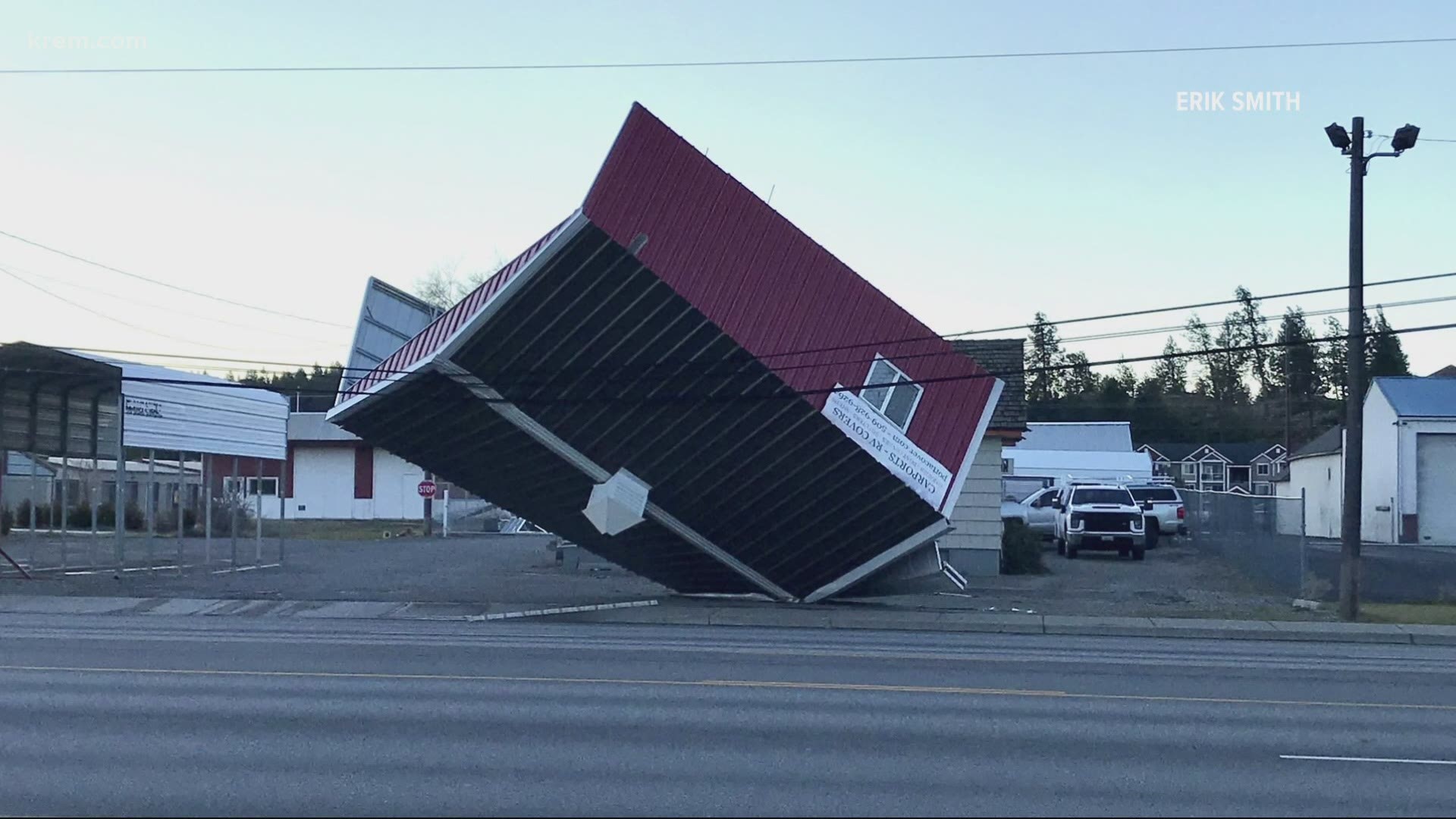 SPOKANE, Wash. — A windstorm with gusts that reached 71 mph wreaked havoc around the Inland Northwest on Wednesday.

KREM 2 viewers sent in their pictures of damage in their neighborhoods as trees and power lines fell, blocking some roads.

A 71-mph gust recorded at the Spokane International Airport makes the 2021 windstorm as strong as the historic storm in 2015 that led Washington Gov. Jay Inslee to declare a state of emergency. The storm killed two people and left 200,000 people without power for days.

Two people were killed by fallen trees during Wednesday's storm. Widespread damage has also been reported throughout the Inland Northwest and tens of thousands of people in Spokane and North Idaho are without power after the storm.