Spokane's South Hill picked up about four inches of snow on Monday, while areas of the Palouse saw more. Here's what you need to know about winter weather. 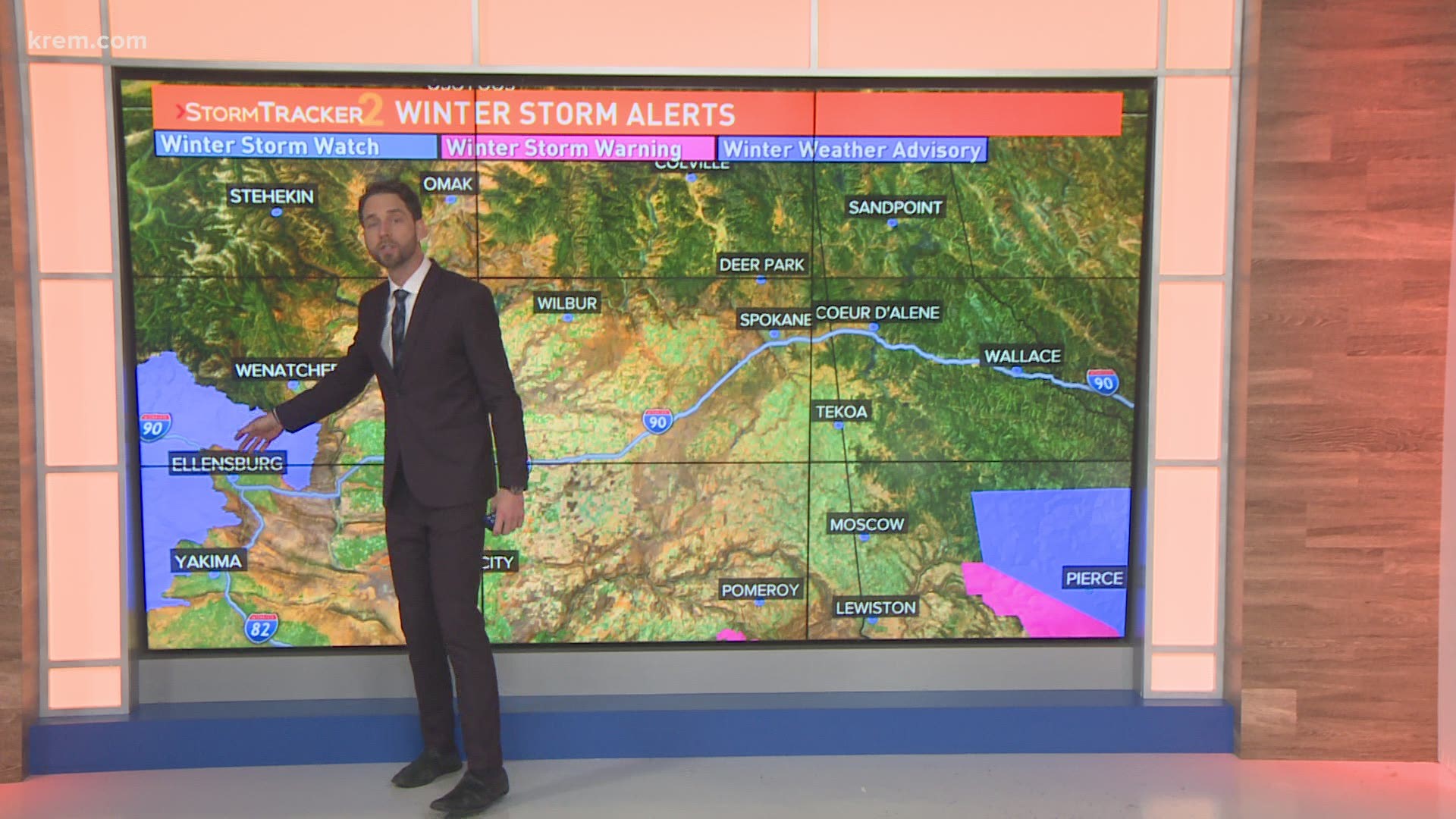 SPOKANE, Wash. — Snow has tapered off in the Spokane area after a light dusting on Tuesday morning but showers are expected to linger throughout the day.

The latest winter storm moved into the region on Valentine's Day, bringing light snowfall with it followed by heavier snowfall on Monday. The heavy snowfall led to slick roads in the Spokane area, snarling traffic on Interstate 90.

Spokane's South Hill picked up about four inches of snow on Monday, while the Palouse picked up quite a bit more. KREM Meteorologist Jeremy LaGoo said Pullman saw nine inches of snow.

Spokane will likely see a few lingering snow showers throughout the day on Tuesday and the Palouse can also expect more winter weather. Pullman will likely see another two to three inches of snow on Tuesday, along with one to two inches for Lewiston.

Drier weather will move into the Inland Northwest on Wednesday followed by more snow on Thursday night into Friday morning.

The City of Spokane also launched a full-city plow on Monday. This happens when there is at least four inches of snow on the ground. Crews will work 24 hours a day, 7 days a week until they plow all streets within the city.

A full-city plow should take about three days to complete but additional snow could extend that time. Team were deployed to residential areas in Spokane at 5:30 p.m. on Monday and they began in hill areas.

A map showing the plowing routes for residential areas in Spokane is also available online.