City of Spokane adjusts Division lane closures after backups, crashes on I-90

At least one of the crashes occurred when construction on Division backed up traffic all the way to the freeway. 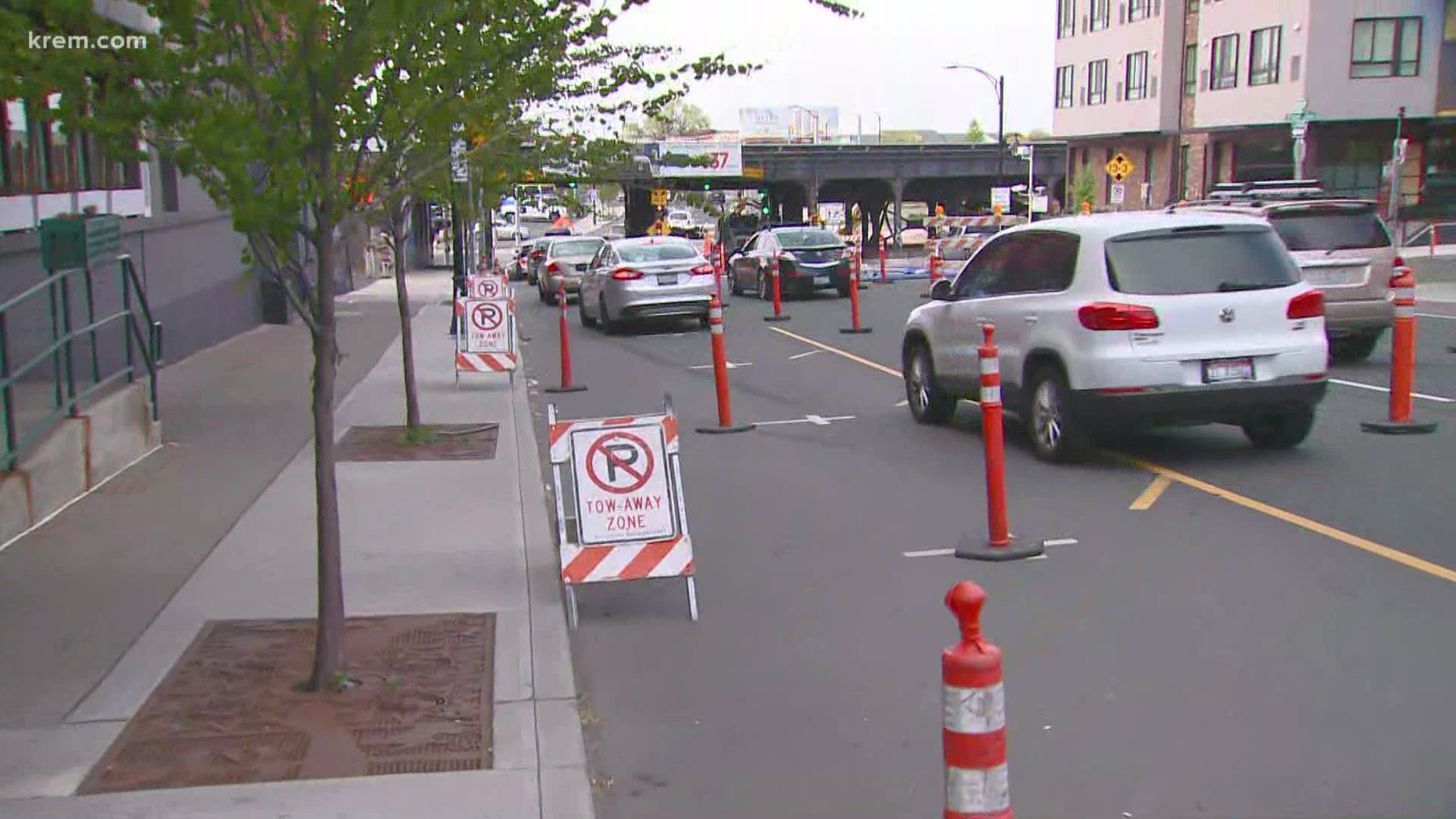 SPOKANE, Wash. — Two crashes in two days in almost the same locations snarled traffic on I-90 through Downtown Spokane.

Following the back-ups and crashes, the City of Spokane and the Washington Department of Transportation had a conversation on how to make changes to the traffic control plan. Those changes were implemented and, according to WSDOT spokesperson Ryan Overton, everything went a lot smoother Wednesday.

The city of Spokane reduced Division street to one lane near Sprague for construction that started Monday. On Wednesday, the city decided to open two lanes of traffic to mitigate the issue. The city also worked on signal timing to help with traffic flow, according to Spokane Public Works Director Marlene Fiest.

The crashes happened on eastbound I-90 near the Division Street exit. According to Washington State Trooper Jeff Sevigney, at least one of the crashes occurred when construction on Division backed up traffic all the way to the freeway.

On Monday around 2:30 p.m. a transport van rear-ended an SUV at the Division exit when the SUV was slowing down for traffic ahead, according to WSP. Four people were injured in the crash, WSP said.

Monday’s crash led to the shutdown of the Maple and Monroe Street on-ramps to access eastbound I-90. It was finally cleared around 5 p.m.

Then, on Tuesday around 2:15 p.m. another crash blocked the Division Street exit on eastbound I-90 for about 30 minutes.

Sevigney wants to remind drivers that summer is construction season. He said drivers ultimately have the responsibility to know what the traffic conditions are and to adjust their speed accordingly.

"Ultimately whether that issues resolved or not, it's incumbent upon drivers to pay attention to what's going on in front of them," he said. "The visibility in those crashes, you know, things were clear that there should have been no reason that they should occur folks are paying attention and looking far enough up the roadway."

The construction is part of a $3.8 million project is to reconstruct Sprague Avenue from Division to Grant Street. The city says it will enhance pedestrian and cyclist safety and provide utility replacements and upgrades. The lane closures on Division should reopen by May 13.