Spokane drivers frustrated by backups amid launch of I-90 ramp meters. Here’s why

Washington State Trooper Jeff Sevigney confirms the three crashes Thursday night involved vehicles already on the freeway and none were near any ramp meters. 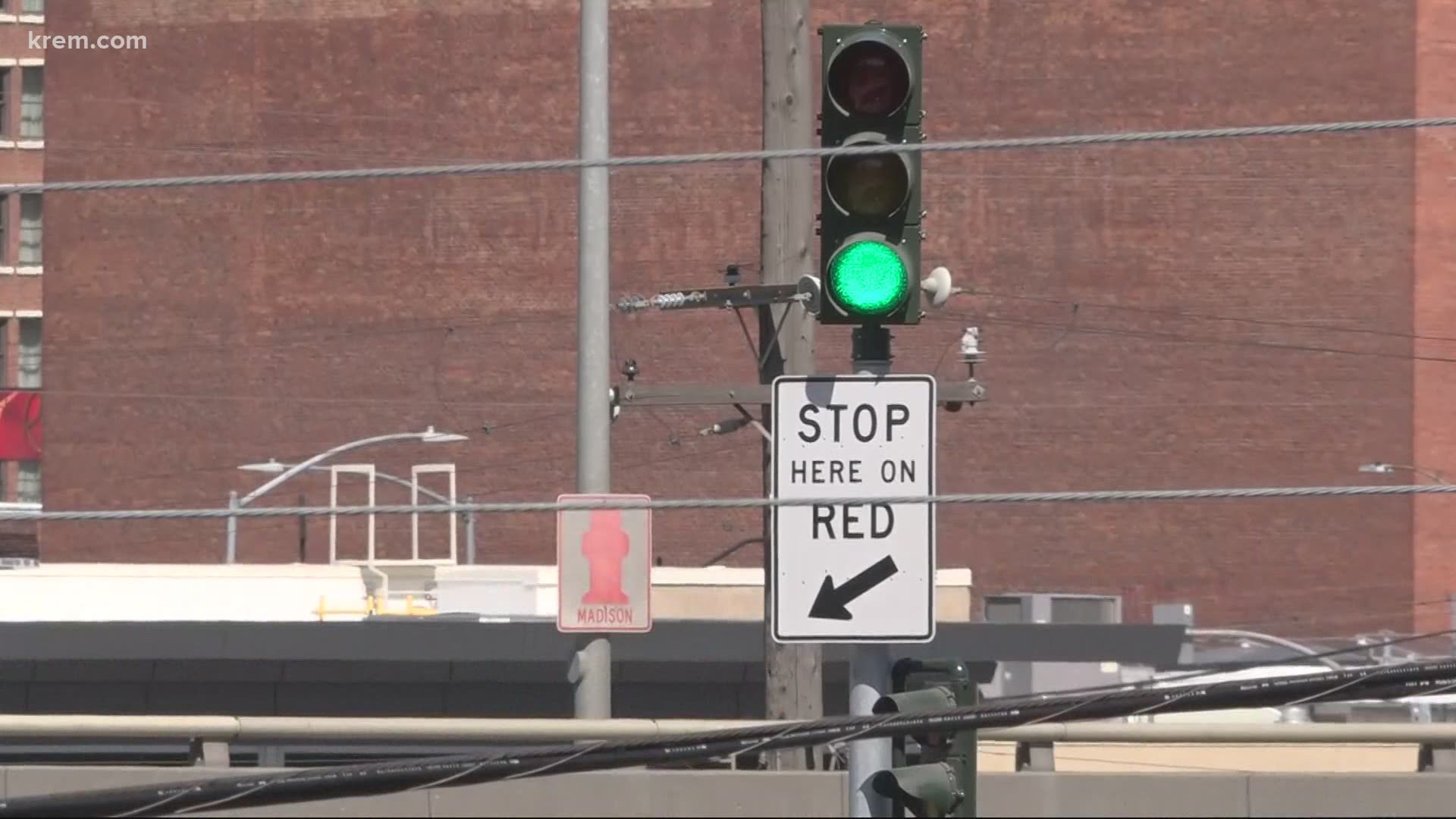 SPOKANE, Wash. — Three separate collisions through Spokane's Interstate 90 corridor caused a major back up during the evening commute on Thursday. Some blame the new ramp meters for the  traffic. The Washington State Department of Transportation said that's not the case.

"No, the ramp meters did not cause nor contribute to that condition that was created from the collision," WSDOT traffic engineer Glenn Wagemann said.

Washington State Trooper Jeff Sevigney confirms the three crashes Thursday night involved vehicles already on the freeway and none were near any ramp meters.

Wagemann said the newest ramp meters were active Thursday afternoon and they helped with traffic flow following the collisions.

"Instead of just letting traffic free flow onto I-90, which was a parking lot, we turn the metering rate down so we trickle a few cars on," Wagemann said. "The goal is that we don't want to just flood it with more cars, which makes it even harder for people to move."

Backups on ramp metered onramps diverted some drivers to alternate routes instead. According to Wagemann, this is good because there is a lot of traffic capacity on local roads. Even side roads saw a slow in traffic flow as a result. Something Wagemann said is difficult to control.

"Addressing traffic on the side streets in a condition like this is really hard because there's not enough staff from the city or even enforcement to be able to control what goes on," Wagemann said. "So it's almost like a large event letting out, and you have to control what you can, but the rest has to just operate the way, the way it happens."

The Browne and Division Street westbound onramp will be the last of the five new ramp meters to go live. It will activate on Wednesday, April 21.