Five metered ramps onto I-90 coming to Spokane: What we know

Studies show that the stop-and-go signals reduce crashes by up to 30 percent, according to the state Department of Transportation. 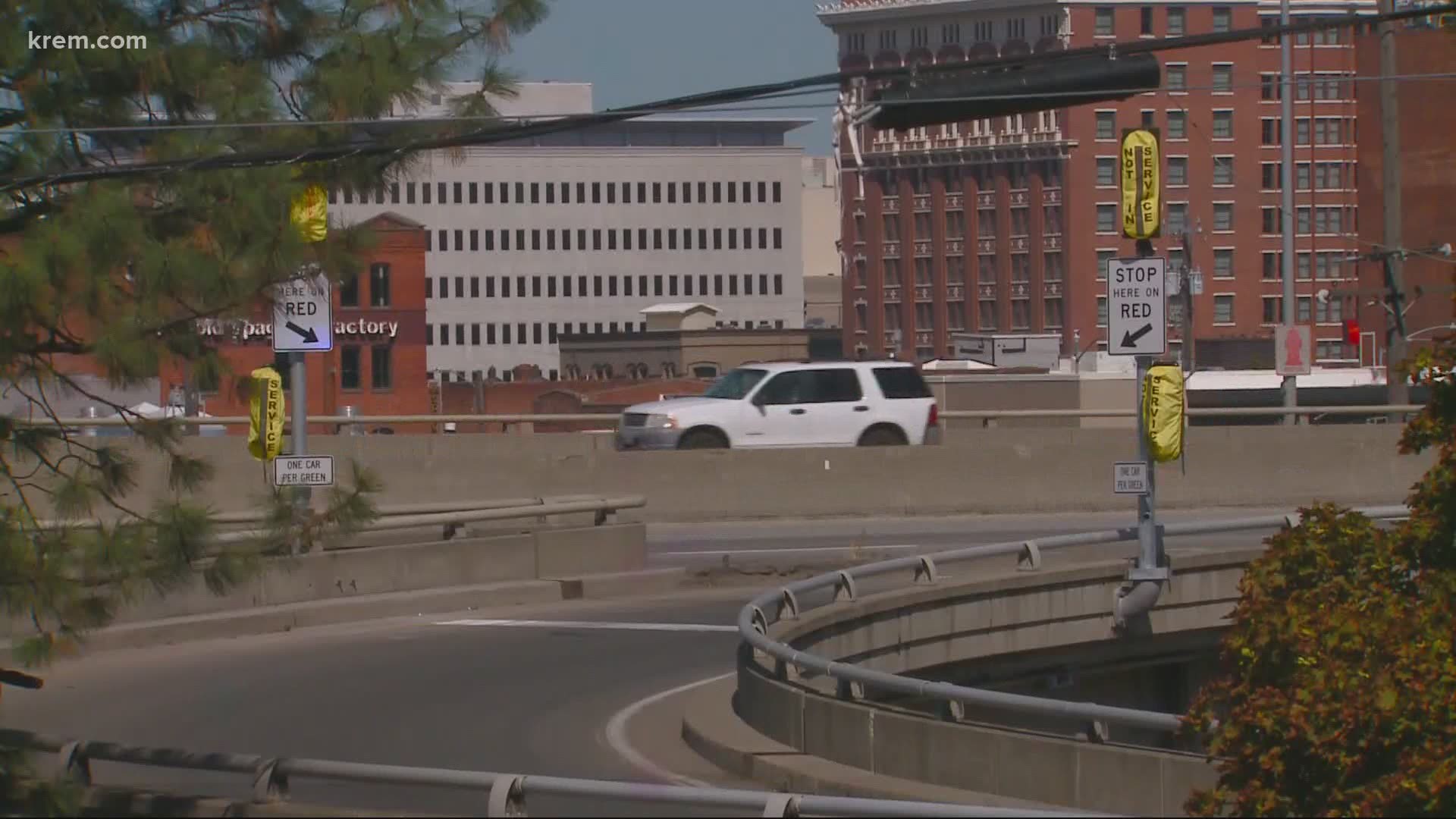 SPOKANE, Wash. — Construction crews are working to put the finishing touches on five new metered ramps onto Interstate 90 in Spokane.

A post about the freeway additions in a Reddit group for locals has garnered dozens of comments.

Here's how the stop-and-go-signals work: Before reaching the ramp, drivers will see a sign that says, "Ramp Metered Ahead When Flashing." When flashing, the ramp becomes a two-lane ramp. Drivers will pull forward up to the white line to trigger the ramp meter. If the light is red in their lane, they will stop at the white line.

Then, drivers are released, one car per lane, by alternating lanes on the green light. This creates about a 4 to 15-second delay between cars entering the freeway.

According to the Washington State Department of Transportation (WSDOT), studies show that ramp meters reduce crashes by up to 30 percent.

The locations for future eastbound I-90 ramp meters include Walnut Street, Monroe Street, Division Street and Hamilton Street. A westbound ramp meter will be located at Division and Browne Street.

Ryan Overton, a spokesperson for WSDOT, said on Friday that construction on the metered ramps is expected to last through the middle to end of October 2020. Once complete, the ramp meters will need at least 30 days for testing and data gathering before the system goes live.

During that 30-day period, WSDOT leaders will determine when to activate the meters for drivers. That means the ramp meters could go live by late November, but WSDOT could wait to activate them due to the onset of winter, Overton said.

Spokane's first metered ramp at the Highway 195 and I-90 interchange became active in April 2019. The ramp meter is active for drivers' morning commute and the evening commute from 2 to 6 p.m.

RELATED: Spokane's first metered ramp is now active. Here's what you should know

Washington State Patrol troopers said in 2019 that anyone who ignores the traffic control device could face a $136 fine.