Five I-90 ramp meters in Spokane activate this week: Where they are located and how they work 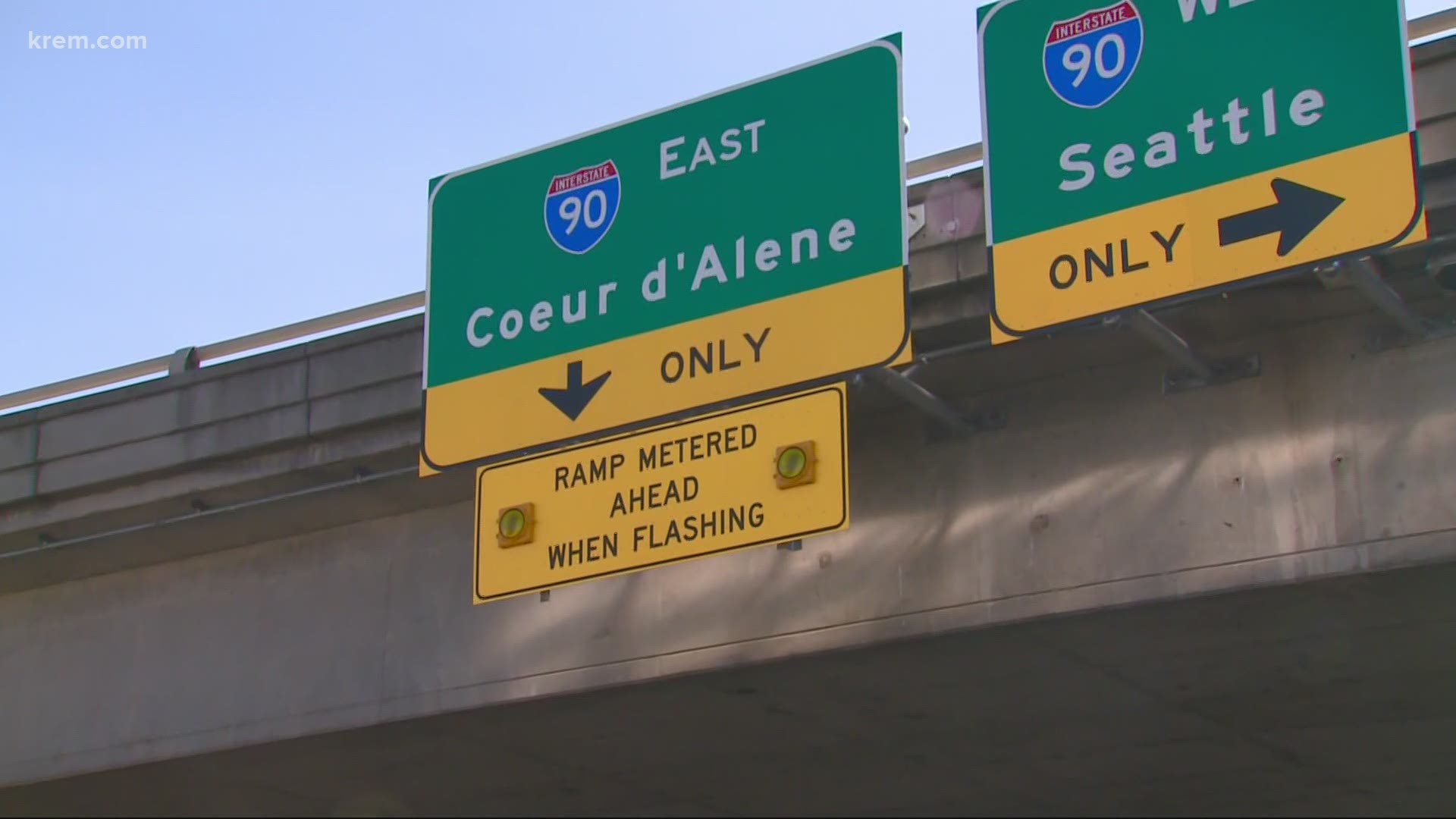 SPOKANE, Wash. — The Washington State Department of Transportation is activating five new ramp meters at high-traffic areas along Interstate 90 in Spokane over the next several weeks.

The new ramp meters are being installed to reduce crashes, relieve congestions and improve safety, WSDOT said. They are activated when traffic flow requires them and will not be used when traffic is light. WSDOT engineers will fine-tune operations and closely monitor traffic each ramp following activation, according to the agency.

The ramp meters will be activated at the following interchanges along I-90 in a phased approach:

Spokane’s first ramp meter was installed in 2019 where drivers traveling north on Highway 195 merge onto eastbound I-90.

Here's how the ramp meters will work:

WSDOT also created a video showing drivers how to navigate each ramp meter.

PHOTOS: How to use I-90 ramp meters in Spokane

WSDOT Traffic Engineer Glenn Wagemann said residents can expect more ramp meters installed in the Spokane area over the next two years. Ramp meters are being installed this summer at the Geiger Grove Interchange for eastbound traffic and at the U.S. Highway 2 eastbound location, Wagemann said.

"Those are all coming because of the large volume increase that's coming from the West Plains-Medical Lake 902 Interchange, out where Amazon's at, and that increased volume that's coming through there," Wagemann said.

WSDOT is expecting to activate those ramp meters in 2022.