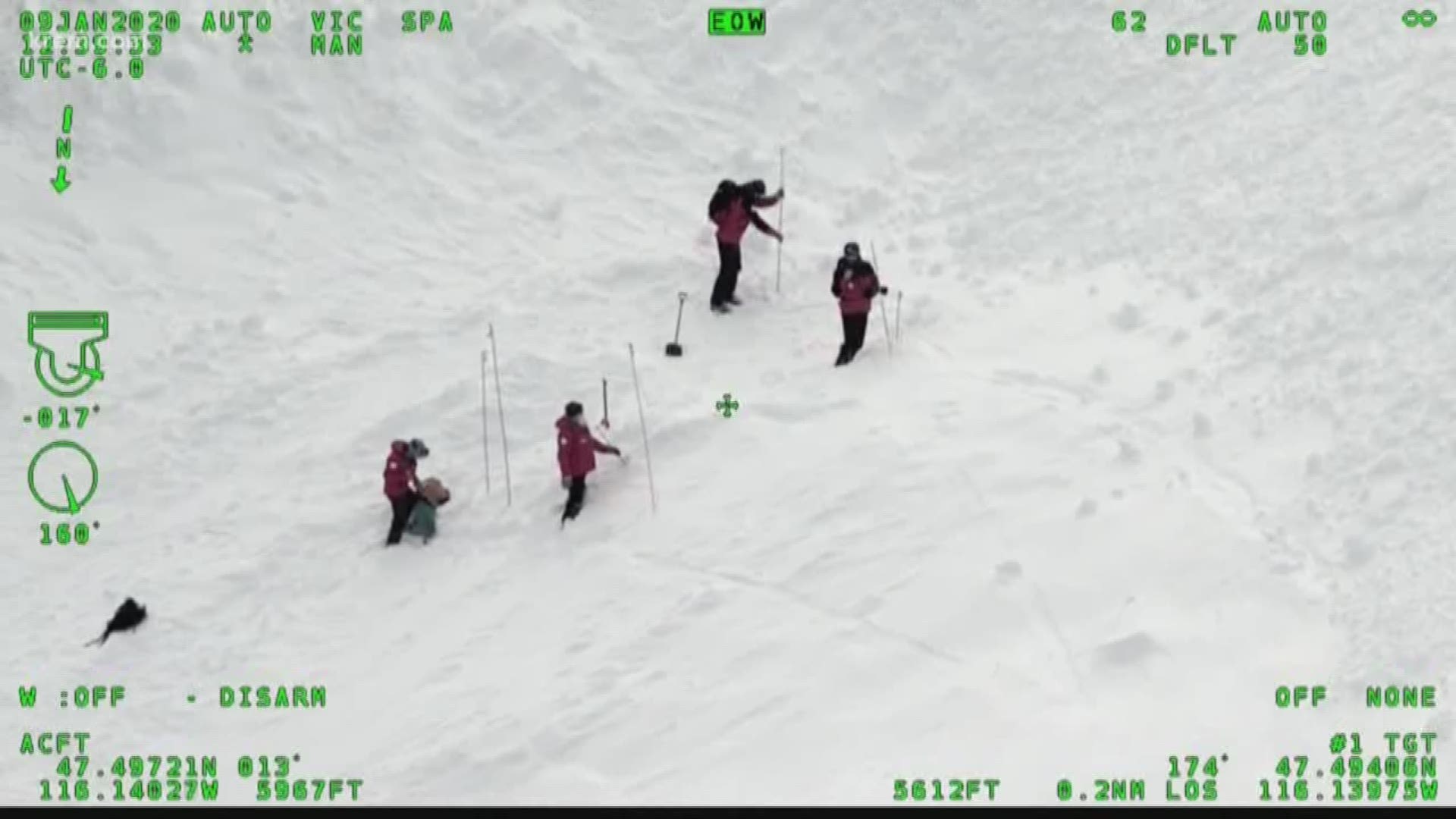 SPOKANE, Wash. — Special technology specifically designed for locating avalanche victims is credited with leading rescuers to the body of one of the victims killed in last week's avalanche at Silver Mountain Resort.

Similar in theory to Sonar, Recco detectors emit directional signals that respond to accompanying reflectors which are typically found sewn into ski jackets or other ski accessories. A reflector then sends a return signal to searchers which is then translated into an audio tone on the detector, providing directional and distance cues to a trained rescuer.

The small reflectors are roughly the size of four to five sticks of gum pressed together.

"The RECCO reflector makes you searchable to the rescuers. RECCO reflectors are lightweight passive transponders which require no power or activation to function. They consist of a diode and an antenna," reads a product description on Recco's website.

According to the company, reflectors are built into products ranging from ski jackets, belts, or helmets. Recco currently works with more than 150 brands.

"This industry is continuing to try to evolve and be safer and make things easier," said Harding before displaying a small reflector built into the sleeve of two jacket models. "People are just trying to get safer as they're skiing. You're in the elements, you need stuff that's going to protect you and keep you safe. This is just another way to do that."

Two Bear Air, a rescue helicopter group based out of Flathead County, Montana, said that the final victim pulled from the Silver Mountain avalanche was wearing a Recco reflector. The special helicopter was also equipped a large Recco detector.

"This is the first time we have had to use this device on a mission. Once the team deployed the device they were able to receive a reflective signal within minutes of starting to scan the debris field," wrote Two Bear Air on Facebook. "This is sadly a testament of the capabilities of the Recco detector. The person was buried approximately 20 feet but was wearing Recco equipped clothing and made the search much easier."

Authorities eventually identified the victim as Dr. Molly Hubbard, 33, a Portland-based neurosurgeon. Her body was recovered two days after the avalanche last week and marked the third death in the incident.

While the Recco system has been around for some time (the company's founder first came up with the idea in the 1970s, according to the company), Harding says Recco reflectors have become increasingly common year after year.

While not trying to downplay the tragic nature of the avalanche at Silver Mountain, Harding noted that it was impressive hearing of Recco being used at a local resort.

"Seeing, actually, how this technology has played a role in helping some people has been kind of eye opening and cool to see how they used it," he said.

"Everyone wanted to feel safer after such a terrible accident," wrote an employee in a message to KREM.