Untold Stories: Gonzaga's Brandon Clarke cut his lip on a rim while dunking

"I'd never seen someone jump so high in my life," Gonzaga forward Corey Kispert said of the athleticism Clarke showed just after he'd arrived on campus. 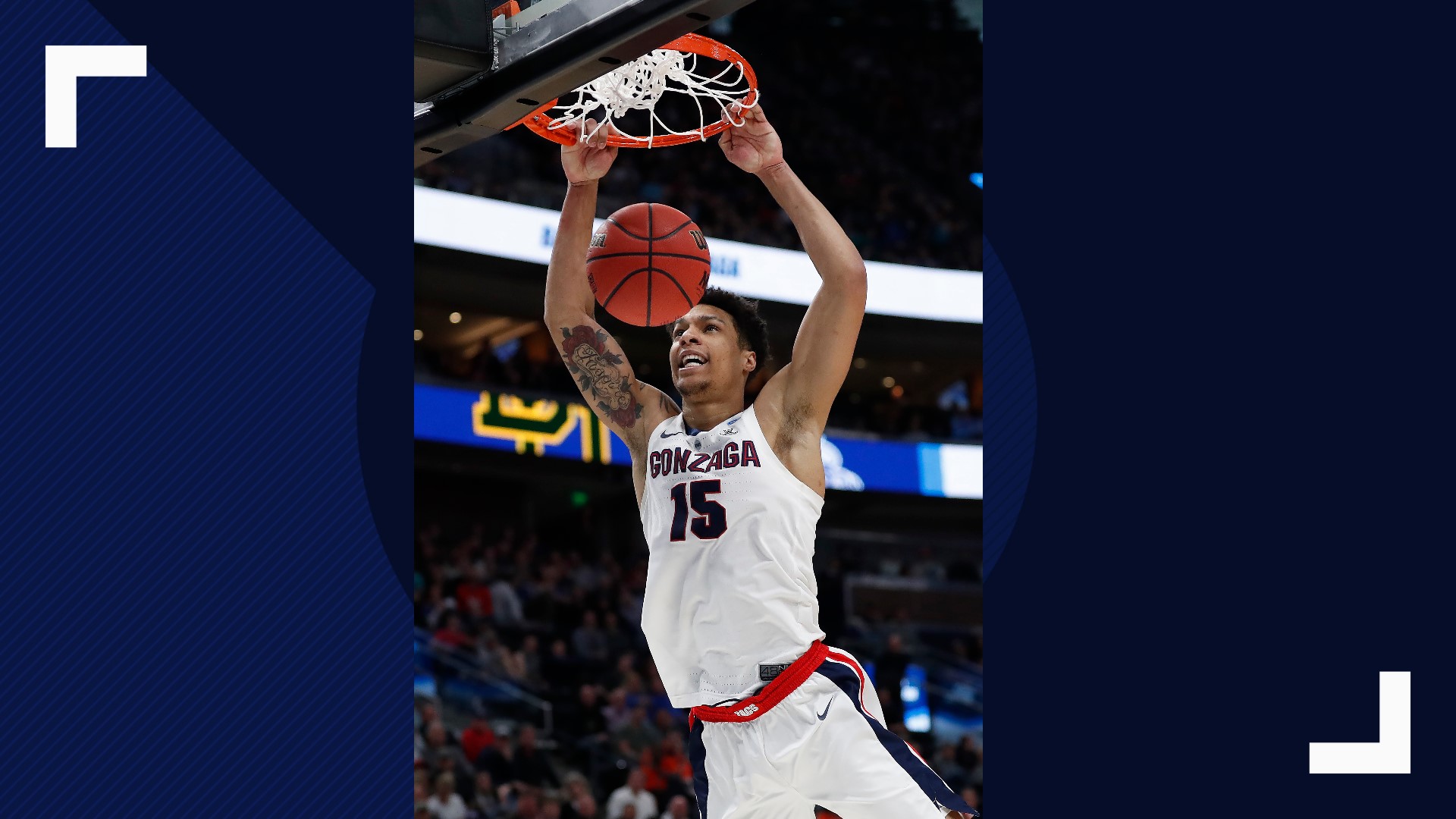 It's something most people didn't see until the 2018-2019 season started. That wasn't the case for the team, who saw it just two weeks after Clarke arrived on campus.

His first year during the 2017-2018 season, Clarke was only practicing with the team as he sat out a year since he transferred over from San Jose State. The squad hit the gym for some pickup games and when it was over Clarke put on a dunk show.

He proceeded to try a dunk where he tried to get his head over the rim. Clarke cut his lip on the rim from jumping so high.

"I'd never seen someone jump so high in my life," Gonzaga forward Corey Kispert said.

Gonzaga guard Joel Ayayi was there too.

"I was like there is no way that just happened," he said."I did not believe it at first. I thought he was just kidding, but he actually hurt his lip and that's just insane. Usually people maybe hit their head, but he cut his lip."

The whole team was in awe of the newcomer with the mad hops. That's when they realized Clarke had game.

"We were like, 'Who is this guy? Are you kidding me?' We knew he was good and athletic, but not like that. It was kind of our awakening moment before anyone else in the country that this guy was going to be good."